October 8th, 2020
There are plenty of celebrity men that we just swoon over! However, there may be some that you had no idea are Cancer men! 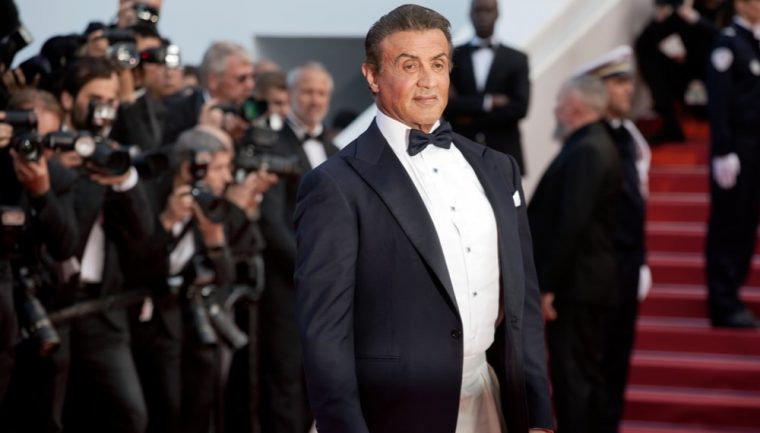 There are plenty of celebrity men that we just swoon over! However, there may be some that you had no idea are Cancer men! It’s rather fascinating to find out that a guy you’ve always liked on the big screen belongs to a specific sign.

You may delight in knowing your favorite actor, singer, sports star, or politician is of the Cancer man variety. Keep reading to learn which 10 Cancer celebrity men make our hearts beat fast!

This amazing and handsome actor made his debut as Rocky Balboa. He charmed us all with his looks and his talents. Over the years he’s been in various big hits in the box office.

He’s done movies such as Rambo, Over the Top, Cliffhanger, and countless other hit films, including his more recent films such as The Expendables and Expendables 2.

He hasn’t retired yet, and we hope he never does! We’ve loved him since the 80s with no sign of flagging. What a Cancerian icon!

This Cancer is a literary legend! He was also very handsome, and we will always love him for what he contributed to this world.

This iconic wordsmith was an American journalist and sportsman, as well. Many of his novels were turned into movies. Some of those titles include A Farewell to Arms, For Whom the Bell Tolls, The Sun Also Rises, and A Moveable Feast.

This heartthrob was sensitive, loving, and gifted in his ability to make his readers feel the way he was feeling when he wrote. Expression was his way of reaching the world with his love. We will never forget him.

This famous 80s actor first won all of our hearts when the film Sixteen Candles came out and he played an adorable nerd. In 2000, he starred in High Fidelity, which made everyone look at him with fresh eyes.

He’s not only an actor but a screenwriter and producer. He’s quite talented in what he does to say the least. The man is a gift to the world, and he’s also quite irresistible! Many of the roles he’s played or written for are emotionally gripping.

This is a typical Cancer type of guy. No matter which role it is, he does it justice. We will always love this treat to the world!

It’s hard to tell what our sports stars’ signs are just based on how they play—it’s much easier to guess the signs of those men we hear speaking or singing! On that note, you may not have realized that this baseball phenomenon is a Cancer guy.

He is beautiful in appearance, as Cancer men typically are. He’s alluring, and he gets our attention with his talents. While he’s inactive now, he still supports the sport.

More recently, he became part-owner and chief CEO of the Miami Marlins of the MLB. Top that! This sensitive hottie is quite a goal-oriented family man. He’ll always have a piece of our hearts!

This celebrity football star is more current. He is a prize running back for the Dallas Cowboys, but his smile is what really melts hearts! What a talented and sexy young man.

He has been so important to his team. He’s also family-oriented and he sees his team as part of that family.

This young man is going places, and he’s certainly won our hearts with his vigorous approach to football. Even if you aren’t a football fan, you can see why people love him so much!

This absolutely adorable and gifted actor is someone that we all learned to love as Carl Grimes in the hit show The Walking Dead. We all watched him grow up, and now he’s a lovely young man!

He is a rising star in his career. Though his character died, he will never die in our hearts. We know he has great potential, and we can’t wait to see what he stars in next.

Keep your eyes out for this sweet and tender Cancer. He’s going to be a big one! If you haven’t fallen in love with him yet, you should check out his other work, including A Million Little Things, Keep Watching, Only, and Inherit the Viper.

You’ll wonder how in the world he can be so darned cute no matter how old he is. Cherub-faced little star!

Yes, he’s older than much of this list, but he is still loved by us all! He’s a strong and beautiful gift to the world. A Cancer man for sure! He’s also the father of sexy fellow actor Kiefer Sutherland.

Fun fact—he has worked with iconic singer Kate Bush. In fact, he made a lovely video with her for one of her songs, “Running up that Hill.” It’s worth a watch if you haven’t seen it!

This Cancer man has starred in so many films, it’s hard to count them. He debuted in a big way in the movie Dr. Terror’s House of Horrors in 1965 and shot to fame with The Dirty Dozen in 1967.

He then went on to even bigger films such as Invasion of the Body Snatchers. Most recently he starred in the movie Ad Astra with Brad Pitt. He will forever be in our hearts.

Hottie Jared got our attention most notably in the long-running hit television show Supernatural as Sam Winchester, who hunts monsters with his brother. His most famous character is tough but also very caring and loyal.

He’s someone that many are inspired by. True to his Cancer nature, he battles with depression, which he  opened up about a few years back. He works with a foundation to help others that struggle with it.

Jared has been in several other shows and movies, but the one we most identify with is his role as Sam. We will forever appreciate and love him no matter what he does.

Another more recent rising star is Travis Fimmel, Australian actor and star of Vikings as Ragnar Lothbork.  The story is the historical account of the life and death of the mighty Ragnar and his family.

Travis is very Cancerian-looking. He’s beautiful! Blonde hair, blue eyes, and he easily lures you in. If you ever get the chance to check it out, watch his History Channel show.

This guy may be new to our hearts, but he’s certainly never going to fade away. He’s a rising talent that I am sure we will see quite a bit more of.

Read next: 7 Questions That Make a Cancer Man Fall in Love

This absolute icon has been in so many wonderful movies. Starting out with movies such as Big and Splash, he has always been delightfully charming, endearing, and funny.

This man has so much talent and love to give the world. His impressive repertoire includes roles in Captain Phillips, Saving Private Ryan, and Greyhound, along with many, many more.

He’s made us laugh, he’s made us cry, and he’s made us think and relate to the characters he’s played. He is also a producer and writer. Just like a Cancer man to steal our hearts with his ability to do it all!

It doesn’t matter when you were born — you’ve seen him on the silver screen, and you probably love him!

He gets our attention, and he earns our love. This man is a national treasure!

There are so many other Cancer men celebrities that we love, but it would take forever to list them all!

Some of them will have you saying to yourself, “I knew it!” simply because of how they act, sing, or show themselves to others. You can tell distinctly that they are Cancer. Others are more surprising.

Who are your favorite celebrity men? What about Cancer stars who weren’t on this list? I’d love to hear from you in the comments!

Wishing you all the luck of the universe!