July 17th, 2021
Many things that could go wrong when it comes to dating a Cancer. Keep reading to learn the five things not to do when a Cancer man is pulling away. 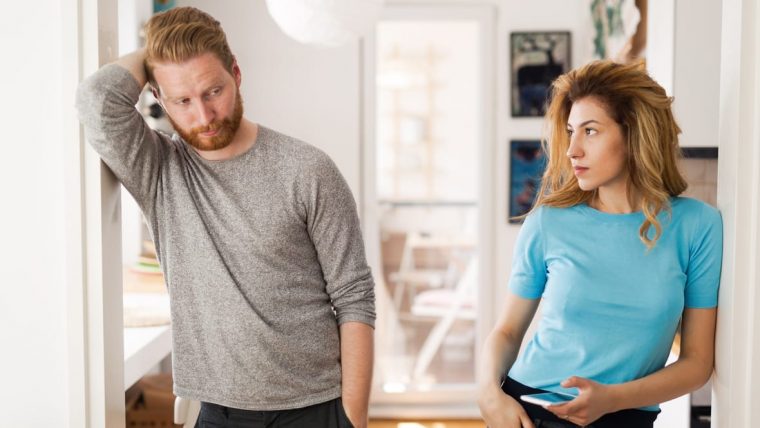 There are many things that could go wrong when it comes to dating a Cancer… He either gets quiet or goes cold, which leaves you confused and unsure what to do. You want to make it better, but how?

I very much want to help you avoid this situation! Your kind and committed Cancer man is definitely a keeper, so let me aid you in your quest. Keep reading to learn the five things not to do when a Cancer man is pulling away.

The 5 Things NOT To Do

Now that I’ve gotten your attention, you need to know that if your Cancer guy is overwhelmed, hurt, or angry, you need to back off and let him have some space. That’s first and foremost.

Below is a list I’ve put together for you so that you can make sure you don’t lose your Cancer man by due to a huge mistake! He’s full of heart, but he’s also one that will push you away.

Check out my list so you can avoid making him more upset than he already is. I’m going to help you get him on your side and pull him back in! Take a new approach that just may save your relationship with the Cancer man.

1. Don’t Bombard Him With Loads Of Texts 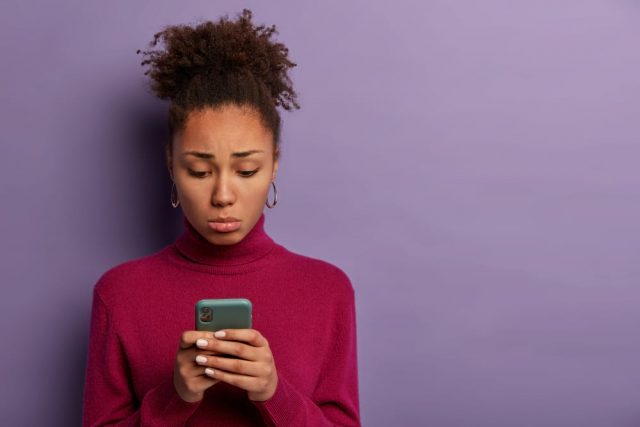 This is something that the Cancer man will not like it if he is trying to get some separation or alone time. To him, it would feel like you’re barging in on him. He isn’t accustomed to being chased after.

If you keep sending him lots of texts in a short period of time, he will think you are smothering him. That will only make him pull back more from him if he doesn’t just completely ghost you. It’s not a good thing for you to do.

He needs time and he needs to figure things out. He may have something happening in his life that has nothing to do with you and until he’s back on track, he needs to deal with it.

You could cause him to emotionally break down due to feeling overwhelmed. Don’t do that to him or yourself, because it will only cause damage when he’s trying to get a grip on things!

If he is dealing with something that really bothered him or hurt him, the last thing you will want to do is tell him to suck it up. He is a very sensitive man. Cancer sadness is no joke.

Dating a Cancer man isn’t always the easiest, but if you tell a very sensitive guy to get over something, he will think you’re hard as rock. This is form of relationship sabotage that you will regret.

He wants respect, understanding, and care. When you’re not giving him these things, he will feel more than justified to not pull you back. He’ll let you go. It’s anyone’s guess if he will bother to let you know.

The Cancer man does not handle hard people very well. By telling him when or how to get over his current situation; will only make him want to kick you to the curb or go ice cold.

Remember that this guy is soft, gentle, and loving. How do you handle a tender heart such as his? Be warm and inviting with him. Get him to talk to you about his problems. Be his sounding board.

3. Never Insult His Family Or Friends 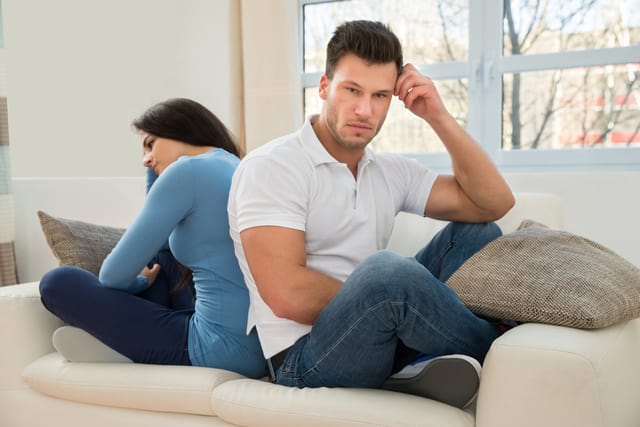 The Cancer man is protective over those he loves. If he loves you, then you’re included in this realm of protection even if that means protecting you from himself.

I know that sounds odd, but he does think in this way. He thinks with his heart and how he feels about things. That’s why he sometimes is overly emotional about situations.

He is born empathetic and knows no other way! When you think of him being like this, it’s good for you to learn how to be empathetic with him. He needs it and he craves it.

When you aren’t empathetic, he feels that you just don’t understand him and he doesn’t know how to talk to you about what is going on. This definitely makes him insecure enough to just pull back into his crabby shell.

If you ever insult someone he loves because you don’t get along, don’t agree with them, or just don’t like them, then he will have a HUGE problem with you.

It’s often best for you to keep your catty comments to yourself. That will eliminate him icing you out for having said something unnecessary. Just remember to watch what you say to your Cancer man in love!

There is a difference between joking with him in a fun way and flat out making fun of him. There is a fine line for him, so you need to figure out what that is.

Insulting him in any shape or form will cause him to cut you off. It’s up to you as far as how long that may last. Apologizing once you realize it was the wrong thing to say may help you.

I understand how things sometimes slip out, as my clients have written in many time about their upset Cancer man. They apologize to their guy and he typically will come back around unless it was really bad.

I wouldn’t try doing this multiple times though, as he will cast you out or run away from you. He doesn’t like to be messed with. He is insecure and certain comments will hurt him more than you can imagine.

When you two are in a good mood and are laughing, then you can make jokes and let him know “just kidding” then on harm is done. Just be careful with this tender guy!

5. Don’t Chase After Him

A Cancer man love is wonderful to have, but you have to be patient with him. If you try to push him or make him love you, then you may find it will actually backfire. He wants to do things in his own time.

All Cancer men are different. Some will fall in love fast and some like to take their time. If he’s told you he wants to take it slow then you need to abide by his wishes.

When he’s begins to not answer you right away or doesn’t reply at all; he may very well be pulling back to see what you do. Yes, he is testing you. If you keep trying to reach out multiple times a day, he will not respond.

Going by his house to confront him won’t go over well either. He’ll see this as an intrusion. Try to see it from his point of view. He wants to be your man not the other way around.

Let go a bit. Give him time to miss you. He cannot miss you if you’re always around or reaching out! Furthermore, he wants to be the one in the lead, not you. Back off and let him come around.

I do hope that these five tips (warnings, really!) help you to do the right thing with your Cancer man. Instead of accidentally pushing him away, you can draw him back in with empathy and understanding.

This sensitive man just wants to be loved, and he needs a bit of space sometimes. It’s not bad to give him attention of course, but when it becomes smothering, he wants to withdraw into his shell.

Honestly, it shouldn’t be too hard to make your Cancer man happy. Look, he may have pulled back from you for a reason and until you know what that is, you need to hold off.

Take the time to let him know you care and that you are there for him if he wants to reach out or talk. He will appreciate this sentiment as long as you can restrain yourself from worry and trying to reach out to him.

Trust me when I tell you that he will absolutely reach out to you when he is ready or when he wants to talk. He won’t hide forever. Of course, if you two did sort of break up then the results could vary based on how he feels.

Just try to remember why you fell for him in the first place. Be sweet and gentle with Cancer man’s love.

Have you successfully recovered your relationship with a Cancer man? What did you learn about his cold behavior and what the right thing to do was? I’d love to hear all about it.