Home » How to Hurt a Cancer Man Emotionally – Relentless Tips

How to Hurt a Cancer Man Emotionally – Relentless Tips

March 24th, 2020
Has a Cancer man pissed you off or hurt you deeply and you are looking for a way to make him feel bad? Perhaps you’re only trying to avoid hurting him. 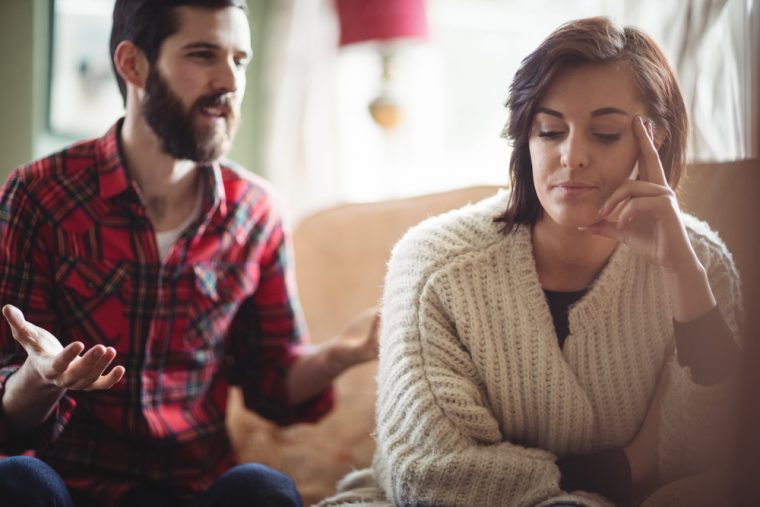 Has a Cancer man pissed you off or hurt you deeply and you are looking for a way to make him feel bad? Perhaps you’re trying to avoid hurting him by knowing what could potentially cause problems. Keep reading for information on how to hurt a Cancer man emotionally.

Showing Little to No Interest

This is a clear cut way to hurt a Cancer man. Ignoring him, not supporting his desires or dreams, and not being around for things he enjoys. Not calling him, not getting together, or blowing him off will do the trick.

If the two of you live together then this will impact him even greater. He doesn’t like anyone to blow him off or make him feel unimportant. When he expresses something he likes or wants to do then you can act totally unenthusiastic.

Whatever he talks about, act as though he’s talking to you in a foreign language or that you are listening in one ear thus going out the other ear. In fact, you can actually do that type of listening if you like.

When he comes to you with problems or issues about how he feels, make him feel as though he’s bothering you or that you don’t have the time for him. Tell him you have something important going on and you need to concentrate.

Being quick and closed is a sure fire way of making your Cancer man feel unloved, unappreciated, and undesirable. He’ll feel you’ve lost your love for him and will be more accepting to a break up if that is what you’re angling for.

If you’re just trying to get revenge though, you might re-think this because if you do it, it may cause irreparable damage. You may never get him to get over it or forgive you. He can hold a pretty good grudge for a long time. 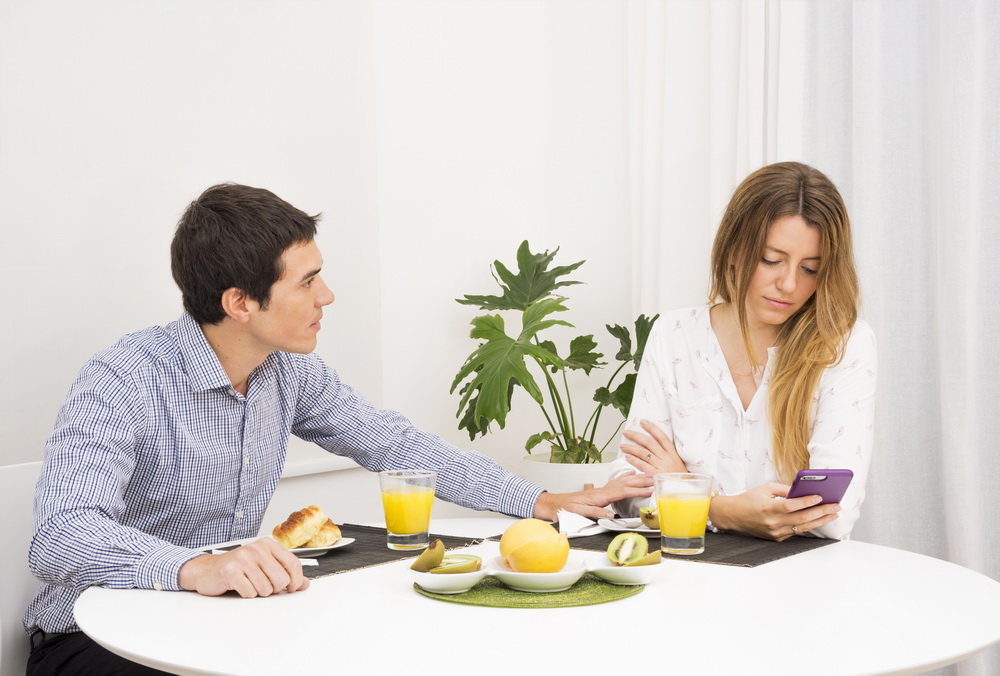 Cut Him Off At The Pass

When he tries to take time out or be alone, don’t let him have it. Tell him you need him around. At first he’ll do it because he’s trying to be good but when you keep doing it, he’ll quickly realize you’re taking advantage of his kindness.

This will make him resent you and become quite cranky. You can then make him feel guilty for blowing his stack at you and how dare he. If you try to push him to work on things too prematurely, he’ll pull back more.

If this is what you want him to do then by all means, go for it. However if you’re really only trying to get back at him for some reason, it may take time for him to work past what you put him through and he may not forgive either.

Cancer man is good at working past things but it takes him time. If he really hurt you and you’re pissed beyond repair then by nagging him and not allowing him to take space he wants, he’ll start to resent you.

Naturally this will also help you to rid him from your life if that is what you’re trying to do by working him over and trying to hurt his pride. Being clingy or needy will make him want to shut down or withdraw into his shell.

Read next: Cancer Man and his 6 Worst Habits Revealed

Being Harsh Or Critical With Words

Obviously Cancer man gets his feelings hurt easily by lack of support. He also will get hurt by words that are harsh or pointing out his flaws. If you are super critical of him, it will wound his pride and you will succeed in breaking him down.

This type of revenge is very effective but if you ever want him back, you had better be very careful because once you damage his self-image or love for you, there is no going back.

While Cancer man is willing to work things out with the woman he loves, being this hard on him will make him turn on you and decide to never have contact again. Be very careful with what your motives are in this battle.

Judging his every movement, action, or word will definitely make him feel very criticized and this will break him down into great hurt. He depends on love, loyalty, compassion, and understanding.

When he’s not getting that, he will feel abused, taken advantage of, and unappreciated which will make him want to turn to someone else to help cure his wounds. If you’re trying to push him away, this will definitely nail it. 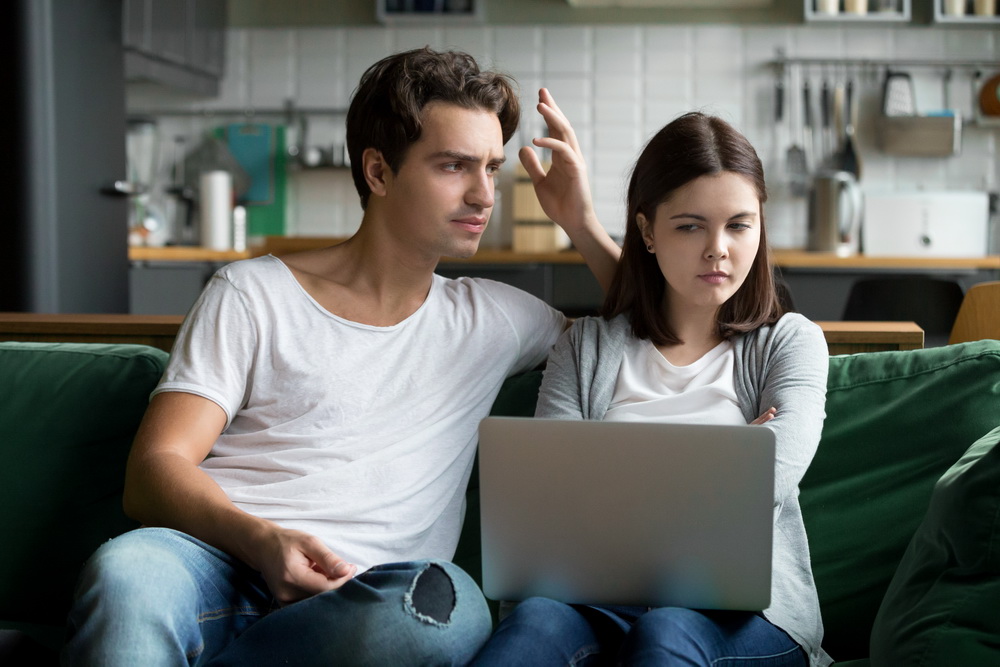 At one time you probably discussed building a family or making family the most important priorities of your relationship. When you want to hurt him or wound him, you’ll want to go back on that.

Tell him that you no longer want to have a family and you think having children would be a huge mistake. Tell him you want to live an unconventional life and not have the burden of raising children.

He will be especially upset if you say having a family isn’t a high priority on your list. He’ll be devastated if you previous said you wanted it. He’ll want you to take a hike if you tell him this but not before breaking his heart.

If you’re trying to get rid of your Cancer man, this will definitely help the process in a very quick way. He wants nothing more than to love and have a family to give love to. Hearing it’s not for you will shatter him.

Read more about: What Happens When You Ignore a Cancer Man

If he tries to be romantic or sweet, you can laugh at him as though he’s not being serious. If he is trying to make a joke, act offended or saddened by what he says. Do the opposite of what he says basically.

By not responding with an appropriate emotion, he’ll be hurt and for sure will be wondering what in the heck is wrong with you. Alternatively he may think you have a mental condition but hey, if you’re trying to get rid of him, this is one way.

Is he right for you? To find your current compatibility score, use my calculator.

Have an experience at hurting a Cancer man? Tell me about it!