Home » What Happens When You Ignore A Cancer Man – Brace Yourself!

What Happens When You Ignore A Cancer Man – Brace Yourself!

August 9th, 2022
You might be surprised to know that Cancer man reacts in a shocking way when he’s ignored. Find out what happens when you ignore a Cancer man. 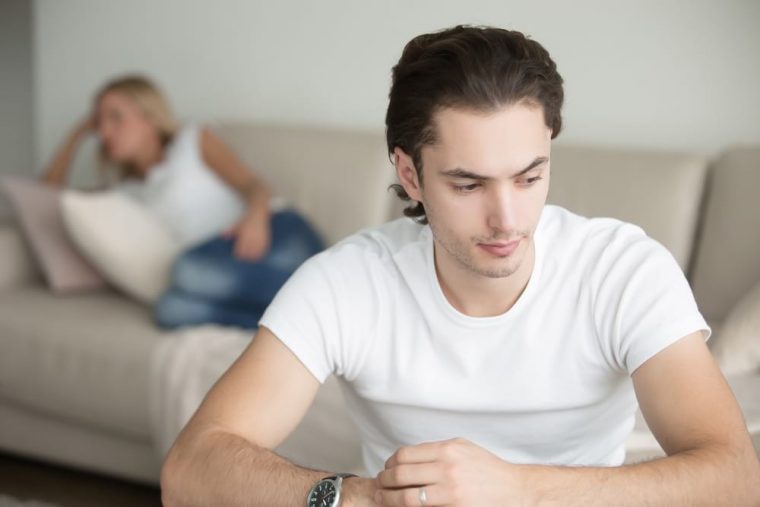 Cancer men are a unique breed – the thing that makes them so lovely is their sensitive spirit, emotional nature, and the way they nurture the people they love the most.

But when a Cancer man is hurt, it is a completely different story. Your natural instinct might be to stop talking to him if he has upset you. But what happens when you ignore a Cancer man?

Ignoring a Cancer man is probably one of the worst things you can do to him. He is so sensitive that it may end up backfiring because he is definitely the type of guy who reckons that going tit for tat is the way to go.

So, if you’re thinking about ignoring a Cancer man, then think again. Don’t know what to expect when you ignore a Cancer man? Well, keep on reading to find out. You’ll see that it really isn’t worth it!

The thing about the Cancer man is that he needs to feel loved, adored, cared for, or desired. If he’s not feeling that way, then he starts to feel less than worthy, insecure, and unsure about himself because ignoring him would not be a good idea. This will certainly trigger his insecurity.

He relies on his partner to provide him with a stream of attention. If he isn’t getting it, then he won’t react well. Think about why you would even ignore him in the first place. Is it going to be worth it to pull back from him?

Though Cancer man is quite nurturing and helps others through trials and tribulations, he can sometimes be quite selfish or narcissistic. I know that sounds odd but Cancer men are needy when it comes to personal time with their partners.

The Cancer guy sometimes pulls the hot and cold routine in which he himself may go cold or not want to talk when he’s upset or in a bad mood. The thing is, he doesn’t like it if his partner retaliates or does something similar.

He has to know that no matter what, he has you and you won’t leave him. He has to have that sense of security that you’re going to stick with him through whatever you two go through.

Even if he really ticks you off, he expects that you will still talk to him and find a way to work through it. He doesn’t like giving space but if you tell him that you need it for peace of mind, he may agree to a short-term space.

The key is letting him know you need the space rather than just up and cut him off. He will play all sorts of scenarios through his mind and start flipping out emotionally. It’s not a pretty scene, to be honest.

What Happens When You Ignore A Cancer Man? 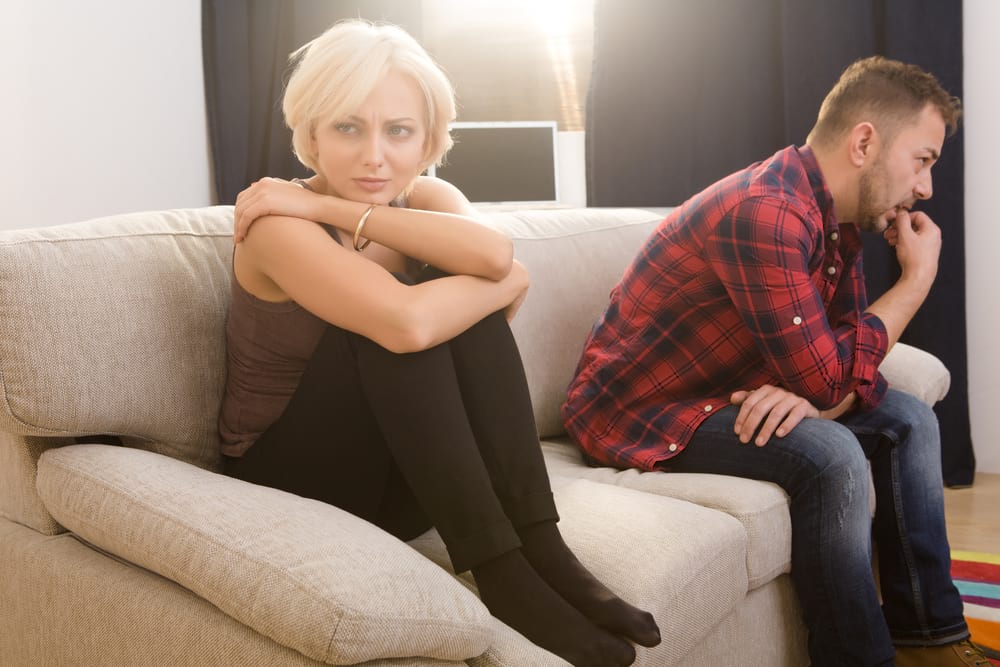 Due to the fact that a Cancer man doesn’t like being ignored, if he feels you’re doing that to him, then he may retaliate by ignoring you when you feel ready to talk to him again.

If not, he may do other things to get your attention including flirting with other women in front of your face, on social media, or via text message just to ensure you know that he can move on at any time.

The Cancer man takes being ignored very seriously. This isn’t something you really want to test unless you’re willing to lose him. Of course, if you’re only ignoring him for a very short time then revenge may not be a factor.

Typically, he will react this way if you’ve been holding out on him, not talking to him, or blowing him off for days or weeks. Hours are short-term and not normally something that would send him off the deep end.

It’s actually better for you to just tell him you’re upset with him, why, and what you intend to do. That way, if you intend on taking a week off for yourself, he knows why and what you’re doing.

The last thing you want to do is just go totally cold. He’ll definitely take that to mean that you’re done with him and will cause him to be dramatic – and he’s really good at being dramatic when he’s upset.

When A Cancer Man Is Mad, Cheating Is Possible

This really goes along the same lines as revenge. If he feels unloved, ignored, or unwanted, then he may very well move on and have sex with someone else who has been paying attention to him.

While he may not be broken up with you, he’ll assume if you do not want to talk to him, see him, or be anywhere near him, that you want out of the relationship.

The last thing you want him to do is to move on. You had better speak up and talk to him about what is happening, why you are upset, and why you feel justified in being angry or sad.

It’s better to get it out on the table because if you do not and you think ignoring him is going to get him to run back to you begging you for love, then you’re wrong. He will think you are moving on and so, he’ll do the same thing.

He’ll start talking to other women to get attention and once he finds one that seems to be a better partner than you, he’ll have sex with her and likely break it off with you in order to be with that person.

Cancer Man Breakup – Will He Come Back If You Ignore Him? 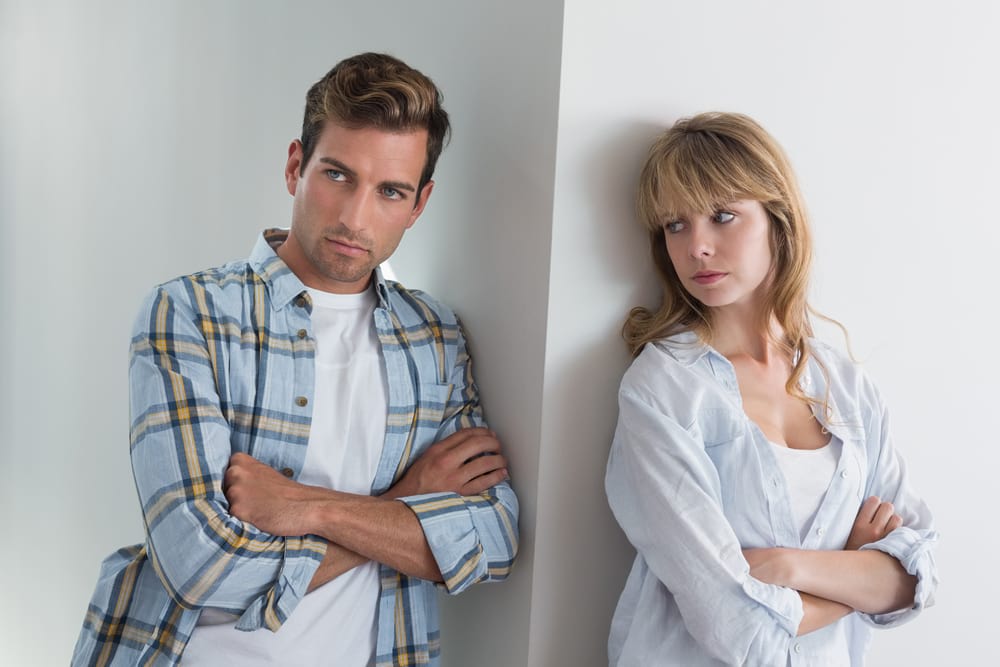 If he doesn’t break it off, then he’ll keep doing things behind your back until you finally have enough and do the breaking up yourself. Either way, it started with you ignoring him thinking you’d get more of his affection.

When you want more attention or affection from your Cancer man, you need to be totally honest about it and ask him for more. You also need to be showing him the same type of emotion otherwise he’ll feel it’s one-sided.

A Cancer man will always appreciate vulnerability and honesty. He doesn’t like being lied to or being tricked into a certain behavior. If you want something from a Cancer man, just come out and ask him directly.

He’ll do anything for the woman he loves, so there really isn’t any point in you acting shady in the first place. Just say what you need from him and I promise he’ll be all too happy to oblige. Playing mind games with him is not the way to do it.

Don’t ever take a Cancer man’s loyalty and love for granted. Ignoring him makes him feel that exact thing and he won’t think twice before finding someone else who will give him what he craves.

Cancer men can be rather temperamental and emotional. It’s not a wise idea to ignore him at any point in time. Talk to him, tell him the deal, and do what you have to do but don’t ever go cold.

He’ll think the worst and he won’t want to invest any more in you. He can move on very quickly and fall in love just as quickly with someone else. Unless you want to lose him, you had better open up rather than pull back.

Read next: How To Have A Healthy Relationship With A Cancer Man

To get a Cancer man to chase you, you’ve got to be sweet, caring, stable, give him his space when he wants it, and not always be available. I touched on that before but it’s really important that you understand this or else this Cancer man is just going to play hard to get.

A Cancer man once committed will want to spend more time WITH you than WITHOUT you. However, in the beginning, he’s going to want to still be his own man and let things evolve over time.

It typically doesn’t take too long for a Cancer man to start chasing the woman whom he thinks is “the one.” As soon as he realizes you’re everything he could ever dream of, he’ll be sprinting after you so there is no point in you ignoring a Cancer man.

Show him your generous nature and how amazing you are. That’s all that’s really required here. Be your normal self and show him who you are on the inside. He wants a woman who is everything.

By everything I mean empathetic, sweet, caring, and secure. He wants someone he can trust to always be honest with him and yet someone who knows how to speak to his heart.

When he doesn’t speak up, respond quick enough, or seems to disappear for a day or two, be patient. Don’t think the worst. Just send a text that lets him know you’re thinking of him and he should come running!

You have been dating your Cancer man for a while now…

But you can’t seem to reach that spark like when you first started dating.

He is texting less and you aren’t seeing him as often as you once did.

It is normal for relationships to change and evolve over time.

And things do not feel as romantic and exciting as they once did.

But that doesn’t mean this is the end of the relationship for you.

In fact, this is just the beginning of a truly remarkable relationship with your Cancer man…

But how exactly can you reach this point with him if he seems less interested than he once did?

Well, I am glad you have asked…

Over the years I have compiled so much information about Cancer men and what makes them tick in relationships.

There is so much you can do to reignite the passion in your relationship.

But, girl, you have a lot more power than you give yourself credit for!

And you deserve to have the most amazing relationship with the man of your dreams.

It is about time that he treats you like a queen.

So, get excited – because not all hope is lost!

And there is still a lot of time for you to turn this situation around.

You will never have to feel like you need to chase after him ever again!

Wishing you so much love and happiness.