Home » 5 Signs That A Cancer Man Likes You Through Text

5 Signs That A Cancer Man Likes You Through Text

December 20th, 2021
Let's get into the signs that a Cancer man likes you through text messages. His texting style changes in five key ways that you should pay attention to. 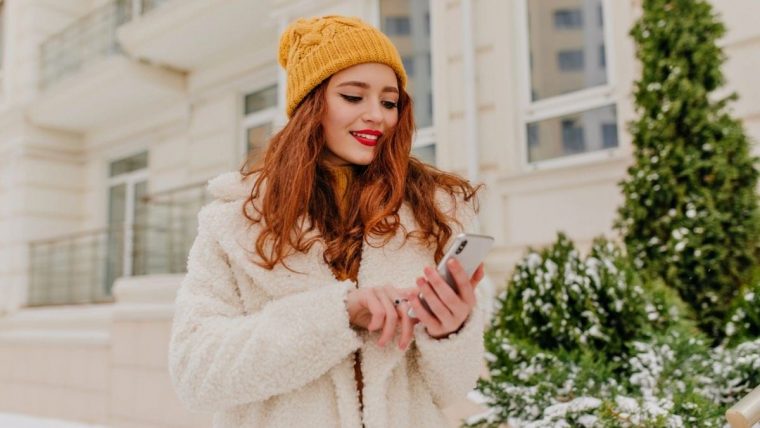 Perhaps you’ve recently been texting a Cancer guy, asking yourself: “Wait, does that mean he likes me? Am I reading too far into this?” It happens all the time, in my experience.

Welcome, darling. I’m so happy to see you here, where I am about to get into the signs that a Cancer man likes you through text messages. I’ve been able to consult many partnerships where I have learned about the digital communication style of the Cancer man is like.

I’ve found that there are solid patterns in the text messages that mean that he likes you.

Cancer men are famously elusive, so it’s easy to parse out the behaviors that mean he’s getting closer to you. His texting style changes in five key ways that you should be paying attention to.

5 Signs That A Cancer Man Likes You Through Text

The Cancer man is represented by the crab, which should tell you a lot about Cancer in general. They have huge defenses, represented by the hard shell and their snappy claws. They are soft-spoken, but when they’re threatened the situation can get nasty.

When Cancers do finally let their walls down, you’ll notice their texts become more emotional. They are naturally extremely emotional creatures. When the Cancer begins to open up, you’ll know it because of the storm of emotions that will begin to roll through.

Cancer will begin to speak in more emotional terms in their texts. You could get a lot of texts that begin with “I feel…” or “I remember when…” You’ll be able to pinpoint when the Cancer man opens up to you because the quality of their language will become deeper and more genuine with time.

2. They Shift Into Long Paragraphs 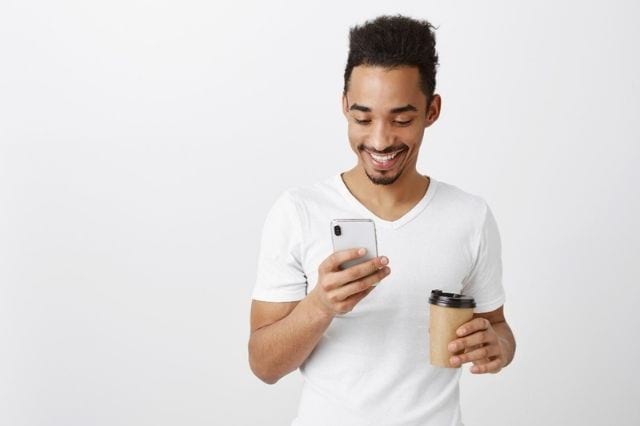 The Cancer man is often private at the beginning of the relationship. He struggles to open up initially, especially over text. He will hit you with a lot of short and snappy answers at first, perhaps making you wonder if he even likes you.

As your Cancer guy begins to get comfortable, you’ll notice a shift. He gets wordier and wordier. Eventually, you might even wonder if you’re talking to the same guy! He went from a man of few words to word vomiting all over you.

This is a sign that his guard is coming down and that he trusts you. He only gets freely expressive around those with who he’s truly at home with.

If the Cancer guy is talking that freely then you’re definitely a part of his inner circle.

3. You Get The Daily Play-By-Play

Cancers are creatures of routine. They go in cycles and they enjoy having a new “cycle” to look forward to in the day. It’s hard to penetrate their routine, but once you’re in, you’re in.

Cancers really enjoy dissecting their day with someone. It is a way that they feel nourished and taken care of. Cancers live in the world of the past, recent or distant. Going over it with them in detail is a great way to make him feel heard.

When you get the text that says something like “can you believe this” before he spills into all of the juicy details of his workday, you’ve definitely got the key to his heart!

Going over your day with someone is a very personal act. Think about it: would you text an acquaintance every night telling them what you did? Probably not. We reserve that privilege for our loved ones.

4. They Talk To You Just To Talk 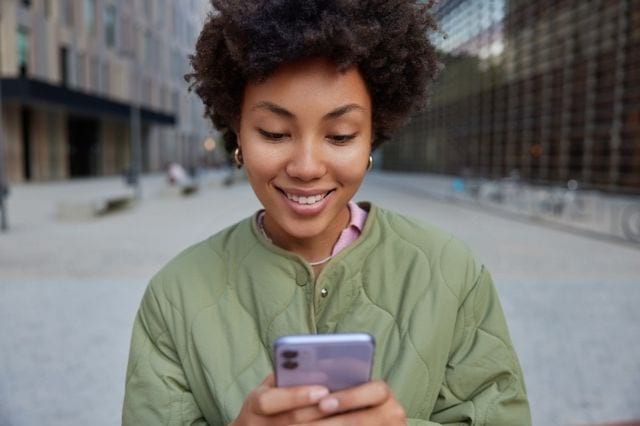 Cancers have a very rich inner life that they don’t usually care if they leave. They do like other people, but with such creative minds, they’re able to retreat within themselves with relative ease. They’re naturally private people who only have a close inner circle.

When they’re casually talking to you with no real point to the conversation, then you can rest assured that the Cancer man really likes you. Since communicating often takes a lot of energy out of the Cancer, it should feel like a huge privilege!

Express enjoyment and humor in these conversations (and really play it up). This will let the Cancer know that you’re more than accepting of him reaching out to you. Plus, what is more flattering than realizing that you’re someone that your guy just loves to have a conversation with?

Cancer men are ruled by the nurturing Moon, meaning that they take care of those that they love. They are strong protectors on one hand but also calming and nurturing. When you’re in their inner circle, you’ll be getting the sweetest texts asking how you’re doing CONSTANTLY.

The Cancer man often feels that they have to conserve their inner emotional batteries because they won’t always have them. This is why they often have a tight-knit group they bond to instead of a variety of friends that they check in with every so often.

Cancer men genuinely care about how you’re doing. He isn’t just asking because he’s nice. He really wants to know! And he’ll have a kind, thought-out, and emotionally intelligent response to most anything you say.

Because he becomes so emotionally invested, he doesn’t give out comforting advice to just anyone. He will reserve this adorable side of him for those that he genuinely likes!

Read next: 5 Things That Kill A Cancer Man’s Desire For You

Cancer men have such tell-tale signs that they like you over text that I am positive you’ll have no issue figuring it out. With this knowledge in mind, it’s going to be a lot easier to tell if he’s into you.

Now that you know the ways to tell if your Cancer crush likes you, I have techniques that get right to the core of who the Cancer really is…

If you know what the core techniques are, you can open the heart of Cancer forever…

Although your Cancer man might be showing the signs he likes you, you could ruin it completely if you commit some of the 3 biggest mistakes when texting him.

I advise you to learn more about these, before it’s too late!

Communicating with a love interest is a very delicate dance (and so much trickier to do over text!) and all it takes is one wrong message to send him walking the other way…

Just to be safe – you need to check out the three big texting “no-no”s you should avoid, before you make a mistake that leaves you on read!

>> Find out right here how to avoid the biggest texting mistakes with a Cancer man.