Home » Cancer Man Scorpio Woman Break up – How It Will Go?

Cancer Man Scorpio Woman Break up – How It Will Go?

June 9th, 2020
Are you a Scorpio woman on the verge of a breakup with a Cancer man? Are you planning to break it off but unsure how he will react? Maybe you know he’s going to break up with you and it makes you worried. 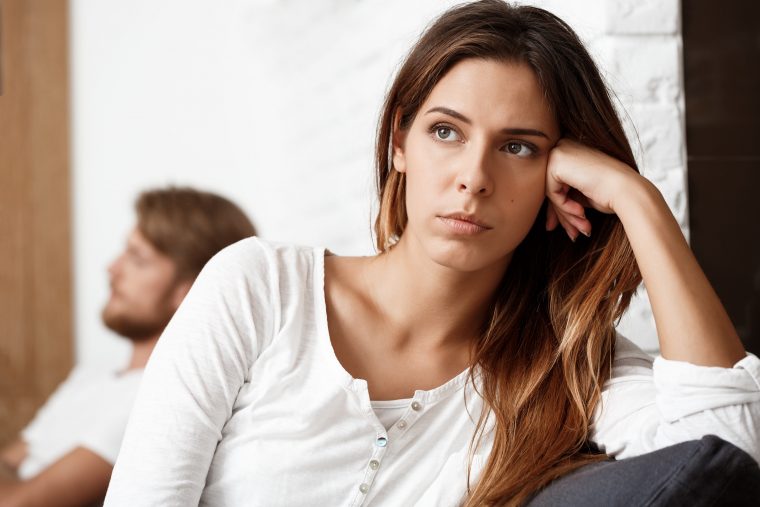 Are you a Scorpio woman on the verge of a breakup with a Cancer man? Are you planning to break it off but unsure how he will react? Maybe you know he’s going to break up with you and it makes you worried. Whatever the case may be, it might help you to keep reading about the Cancer Man with Scorpio Woman break up to help guide you.

It’s hard to believe that two water signs might cause enough strife between each other that it could come to a screeching halt with their love. The Cancer man with Scorpio woman match is actually a really great one.

They likely have much in common but may fail where important issues like values in life are concerned. They may also not communicate properly which can cause the failure of many relationships.

Did a failure happen between you and your Cancer man? Did you two fail to communicate properly and now things just aren’t the same? Did he perhaps lie to you or keep secrets?

Were you totally honest with him? Whatever caused the two of you to part your union; you obviously have a difficult situation ahead. Whether he’s breaking it off or you are, this isn’t going to go well.

You two are so tight knit most likely (unless this was casual) and that is a hard bond to put to an end. You’re both deeply emotionally impacted by this. Cancer man is good at retreating into his shell and so you may not see it right away.

However, Cancer men have a tendency to not control their emotions all that well to a point where he may actually cry. It doesn’t matter who is doing the breaking off, it will be painful.

Scorpio lady, you are a very emotionally driven person too and so you may very well react in a similar fashion. If you’re the one doing the breaking off, you may harden your shell and come off as harsh or brutal toward him.

You put up a good show in not wanting him to see that it’s hurting you to break up with him. It’s a defense mechanism. He’s not as good at doing this sort of thing. Just keep in mind that you’re both sensitive and it hurts no matter what. 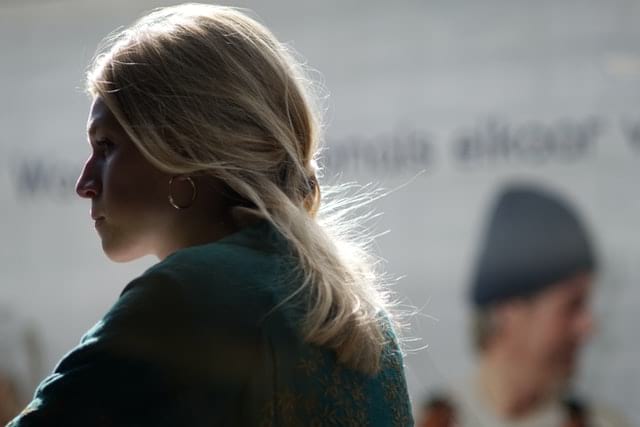 The Cancer man will possibly beg, plead, offer to change, and try to get you to change your mind. He’s open to try anything at all to keep you from breaking it off but if you’re committed to ending it then you’ll have to be as honest as possible.

No matter how you do it, it’s going to be a brutal process for your Cancer man. He’s going to feel it deep inside, he’s going to feel he’s a failure, he might become depressed, and he’ll hide out for quite some time to work past it.

He may layer try to reach out to you to see if he can’t get you back. Don’t be surprised if he tries this multiple times. If he really believed you were the one, he’s not going to let go of it easily.

While this may not get your attention, what you may not be aware of is that if you notice he’s talking to other women and perhaps feeling something with someone else, you’ll surprisingly become jealous and realize that you still love him.

I’m not saying this will for sure happen but it’s definitely possible. What I’m trying to express here is that maybe you should totally think this through before you end it. Is the reason you want to end it something you really can’t get past?

If it’s not then you have to do what you have to do. However, if it’s something that can be worked on or solved then try talking to him about it. Bring in a third party to help you two via mediation if need be. If love is still there then don’t give up. This is an excellent match.

Read next: What Happens When You Ignore a Cancer Man – Brace Yourself!

He’s Decided He Can’t Go On 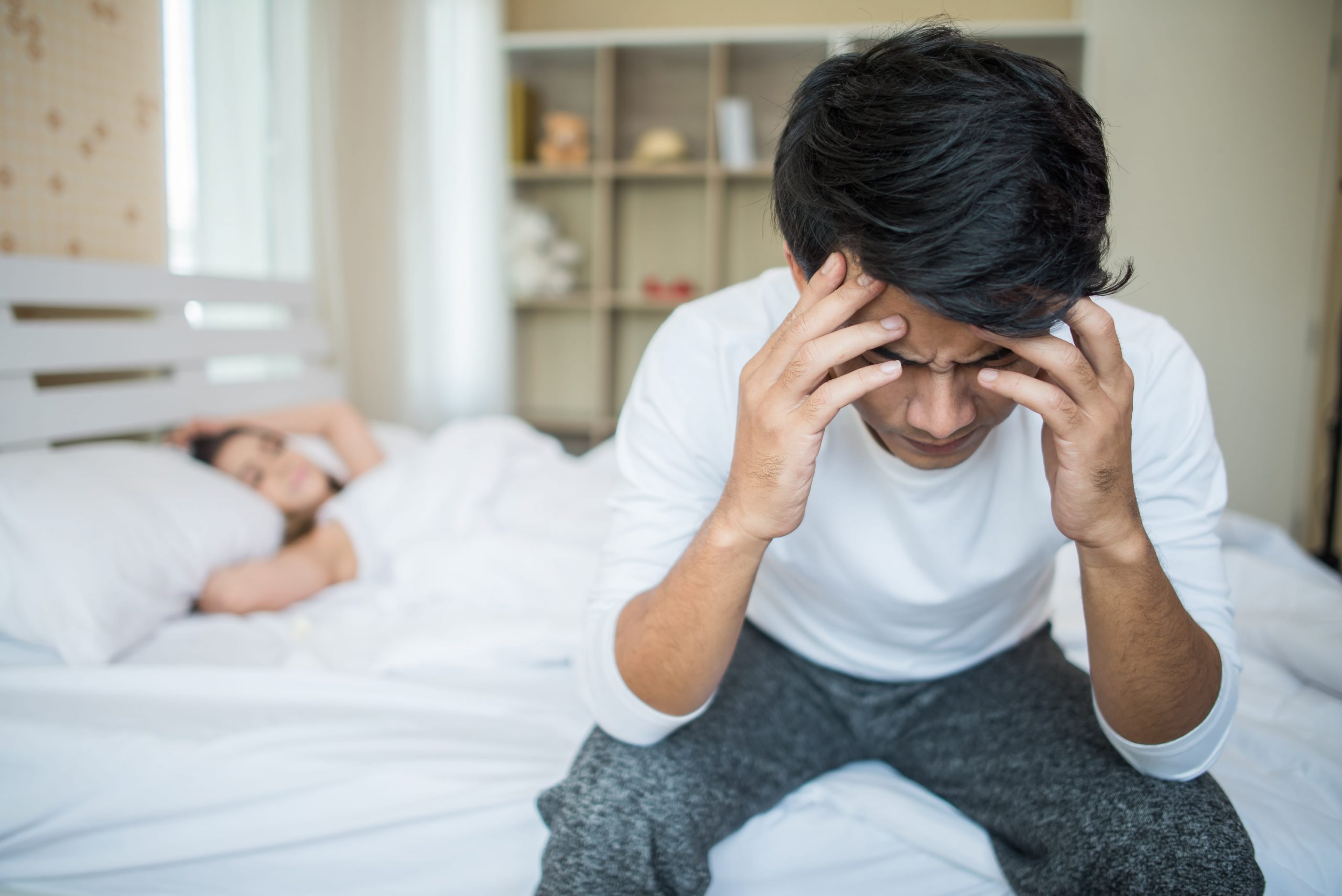 If your Cancer man is the one who seems to be pulling back and retreating then he must really think that there is something that is not compatible with you two or he’s lost his loving feeling.

Cancer men have a tendency to fall fast when he finds someone he connects to easily. Scorpio woman is someone he definitely can see himself being with for the long haul. He’s one to act now and pay later.

That being the case, he may feel he’s in love right out of the gate but then once he starts to really get to know someone, he may realize that she’s not all he expected or wanted and it makes him start second guessing himself.

Sometimes he’ll feel resentful toward his partner as though it’s her fault he rushed into it. He has no one to blame but himself if he didn’t take his time and let things flow naturally.

No matter what he’s feeling, this break isn’t going to be easy for him. He often takes months to accomplish it because he starts to then gets nervous and doesn’t want to hurt his partner. He feels horrible for inflicting sadness on anyone.

He can also be indecisive about it so he may want to do it but then waits a week or two and changes his mind again. He’s not stable when it comes to making a choice to end things.

When or if he finally does with you, he’s going to do his best to be tender about it but no matter what he says, you will take offense Scorpio. That’s just how it rolls. Eventually you may understand but not right away.

Cancer men may want to give it another shot later on down the line if you try to again but he’s going to want to be free to explore his life for a while before he tries once more.

This isn’t an easy break up and it’s better to try to work it out and find a way. It’s up to you to save it or leave it be.

If you’re ready to understand more about how compatible are Cancer man and Scorpio woman, check out my brand new Cancer Man and Scorpio Woman Love Compatibility Guide, and if you want to catch him and keep him click here to learn more about Cancer Man Secrets.

4 thoughts on “Cancer Man Scorpio Woman Break up – How It Will Go?”