September 3rd, 2022
Will a Cancer man and a Virgo woman click sexually? Will they find a connection in bed? Let's dive into Cancer & Virgo sextrology. 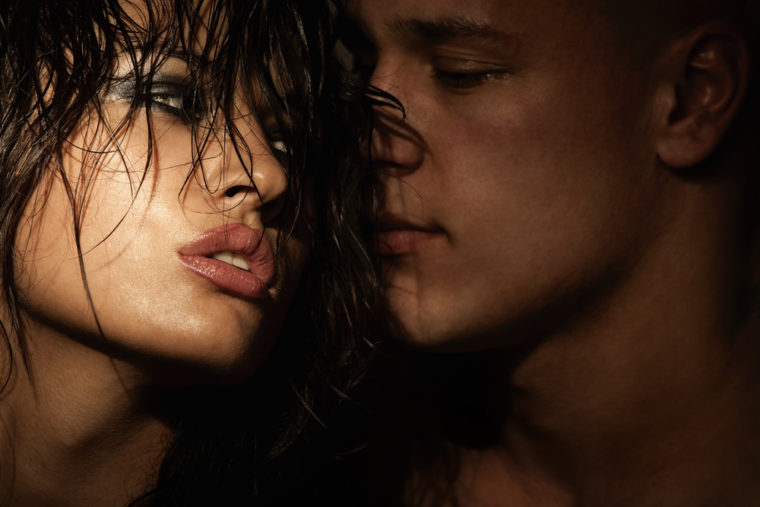 Virgo as a rule typically will have up a wall to keep themselves from getting hurt. They are the one sign in the zodiac that doesn’t actually require a partner to live a happy life.

That means they don’t need anyone but themselves. However, they are human so they rather WANT someone to spend their lives with. They are exceedingly picky.

Virgo woman knows what she wants in a partner and won’t settle for less. Cancer man comes in and his flirty nature makes her feel desired, sexy and needed. Virgo woman provides the loyalty and security that the Cancer man really wants in his life.

Virgo woman would like to be with a man who will give her love, adoration, and attention. She wants his support and devotion.

Cancer man is willing to give this to her but first, he needs to bring her wall down. Cancer man will romance the Virgo woman by whispering sweet nothings in her ear and then back it up with gifts, and thoughtful compliments, and show her his ability to care deeply for her.

Basically, Cancer knows what to offer up to the Virgo woman that will make her want to allow him to slowly climb over the wall that keeps everyone else out. She will still be very careful as she is aware of people who betray.

Cancer man will easily get “in” with the Virgo woman and she’ll be happy that there is finally someone who will show her the value of love and commitment. She’ll be excited about the chance they have of making this last.

Cancer Man and Virgo Woman in Bed – Commitment and Sex 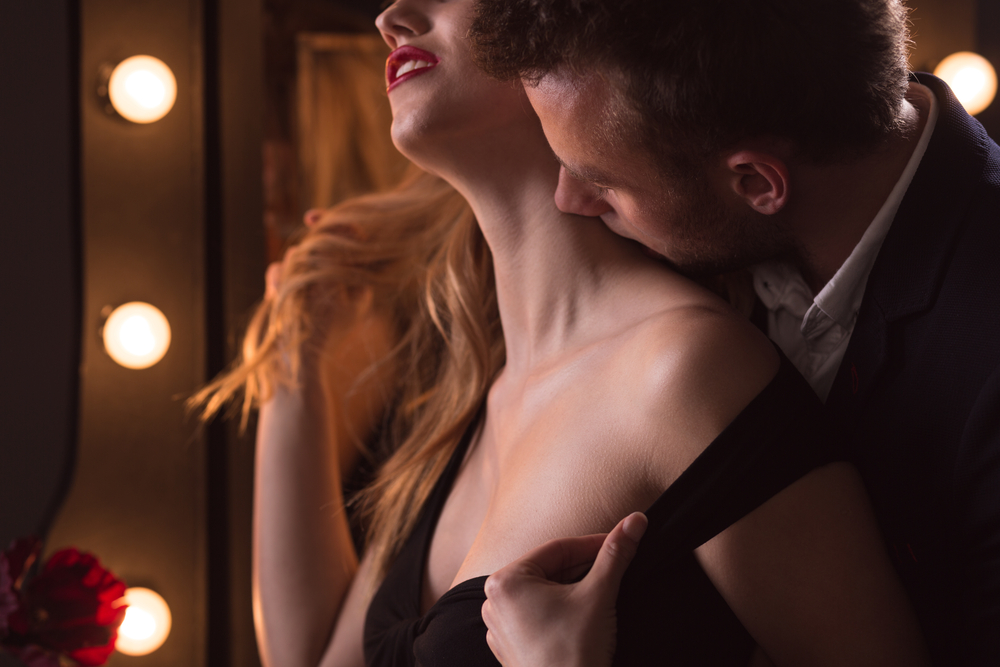 It’s actually very rare for a Virgo to have casual sex. They are capable but they would rather it mean something. They connect their hearts with their sex lives and don’t like intertwining bodies with someone who isn’t going to be around.

Virgo woman will want a man who wants more than just sex with her. I’m not saying she can’t have a short fling with someone but it may make her overanalyze her behavior and his motives which means she won’t keep it up long.

When it comes to Virgo, having standards is a very important characteristic to have. She won’t want to just bump it with some random guy no matter how hot or enticing he may be. She wants more and she knows this upfront.

Therefore she’ll only give attention to those that actually want to have a long meaningful relationship if not a forever one. Sex for a Virgo woman is far more gratifying when she’s with a man that she loves and knows loves her.

The safety is there and it eases her loyalty concerns.

Cancer man can show her great loyalty provided he commits to her 100%. If he doesn’t then there may be trust issues which will make a Virgo woman cut him loose and move on. She won’t waste time with anyone she cannot trust or believe in.

At first, the Virgo woman is rather reserved sexually. However, with time, she’ll learn how exciting the Cancer man is and will start to open up to him. She’s actually rather freaky, truth be told. She likes to be very naughty but she waits for a guy she trusts enough to do that with.

Otherwise, sex may be rather basic and ordinary. She may also lack lots of experience due to having been with so few partners. Remember, Virgo is extremely picky. In their life span, they will not get into too many relationships which also means not too much sex going on.

If their past partners weren’t freaky then she may lack in experience. She’s willing to learn though with the right person.

Cancer man is definitely a good candidate for teaching her some really freaky stuff. When they’re both “in”, they’ll have a wild time in the bedroom.

As a rule, Virgo women are very outspoken and tend to say what they’re thinking. They don’t have a very good filter therefore things just fly out of their mouths without mulling it over first. She may hurt her Cancer guy if she isn’t careful.

She will criticize him thinking that she’s helping him see his flaws and he’ll be devastated that she would say such a thing to him. He’ll be offended rather than feeling helped.

Virgo woman has to learn to think before she says anything to her Cancer man. She needs to understand how sensitive and emotional he is. She also won’t understand his mood swings. She’ll come across sometimes as callous or uncaring when that’s not really who she is.

She’s just a serious type of woman and doesn’t get drama very well. Cancer man can be rather dramatic. The two have to learn some serious communication otherwise this type of stuff could make their lives difficult. Cancer man could get hurt enough to cheat and that infidelity will make Virgo woman not trust him ever again.

Virgo woman could verbally beat him down so much that he just wants to run off and withdraw into his shell which will make Virgo woman react with telling him she’s done. So it has great potential to be a very fulfilling relationship or a hurtful one.

Communication will make or break this duo. They can learn to open up and be honest with each other without taking digs.

The two understand each other very well on all other levels and can definitely work through any issues they may have. Sexually these two can be very gratifying and well worth the effort put in. 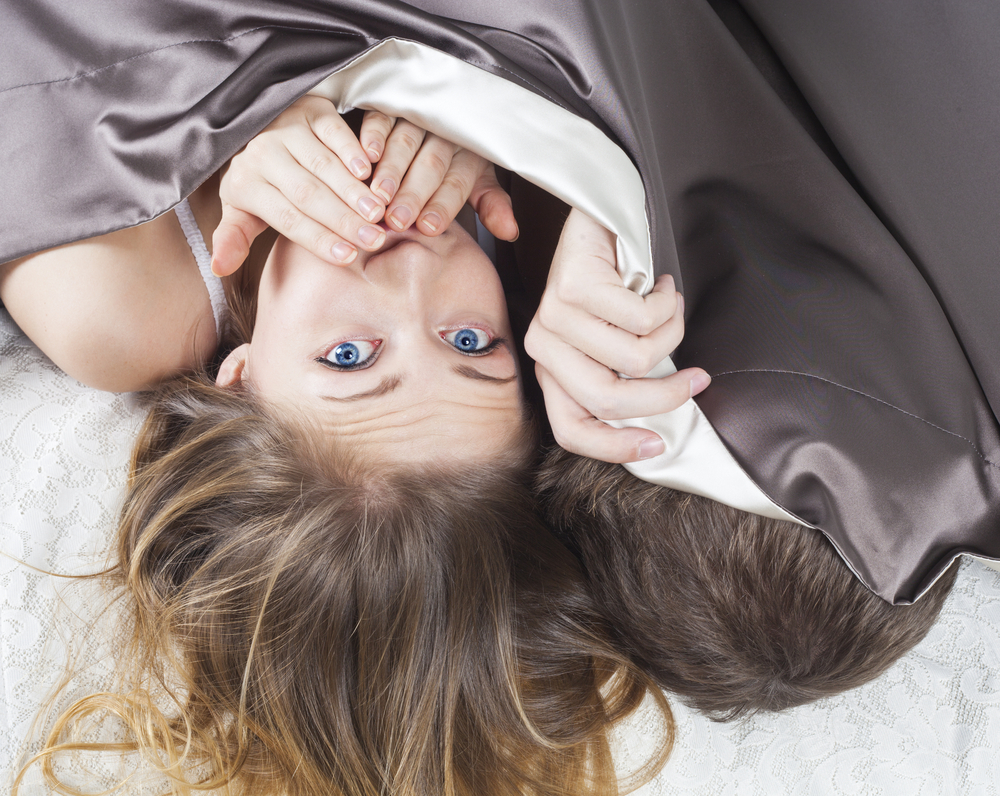 How To Turn On Your Cancer Man

He’s a very emotional guy. You need to know exactly what to say to trigger his sensual side. I have some tricks you can use to stimulate him via words instead of actions. Not to say that what I’ve shared thus far isn’t enough, but what if you could make him absolutely crazy with lust for you?

I’ve got several things you can say to him that will blow his mind…You can make him want you, want to commit to you, and want to stay with you. I want to give you the keys to open up the Cancer man’s heart. You can do this through his mind with your words.

Do you want more passion with your Cancer guy? I’d like to share some things with you that will help. I have something you really need to read. It will help you in ways you could have never imagined. Don’t miss out on this amazing opportunity to learn more about him!

Check this out for more on your Cancer Man <—

Sometimes he’s afraid of opening his heart to someone

Being with a Cancer man can be a totally new experience for you as he is so emotional, romantic, and intuitive to your needs

You have probably never felt like this about anyone

This man speaks to your soul, and you feel such a deep connection with him, but are you the only one?

He is sexy, smart, and incredibly loving

However, things seem to be going askew with the two of you

But how can you know what went wrong?

What did you do?

Are you still exciting enough for him?

It is like he becomes a different person, totally unwilling to pay you attention

You are sure that you didn’t do something wrong

And when you ask him he says it is nothing

He is pulling away, and you know it

However, you need to be ready to commit to this change because wants it has been made then there is no going back

The relationship you have always wanted is at your fingertips

The Cancer Man And Capricorn Woman: The Perfect Partners