7 Signs That A Cancer Man Wants To Commit To You

March 16th, 2021
What does a Cancer man do or say when he’s ready to commit to you? He’s normally easy to read when it comes to him being in love enough to build a stronger future. Sometimes you’re unsure if he’s just being nice.How can you tell that Cancer man wants to commit to you? I have some really important things for you to read to help you figure out what is going on. Keep reading to learn all you can about the Cancer man’s adventure to commitment. 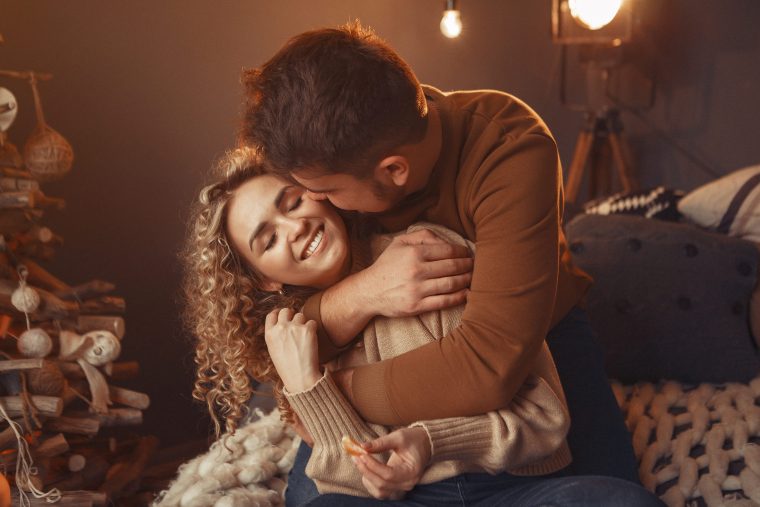 What does a Cancer man do or say when he’s ready to commit to you? He’s normally easy to read when it comes to him being in love enough to build a stronger future. Sometimes you’re unsure if he’s just being nice.

How can you tell that Cancer man wants to commit to you? I have some really important things for you to read to help you figure out what is going on. Keep reading to learn all you can about the Cancer man’s adventure to commitment.

Below are the significant things to look for when you’re ready to commit with your Cancer man. Is he there and ready too? Let’s find out. Take a peek at the hints I have for you below:

1. He Pays The Check

When a Cancer man loves you and wants to commit, he will want to also take care of you, and provide for you. He wants to show you that he’s your guy and that you have nothing to worry about.

Paying for dates or for things you may need definitely allows you to see his shining ability for commitment. He’s seeing you as his future wife and is ready to get more serious.

Cancer men who are not at that point may seem a bit more selfish or cheap. The truth is, they hold out for someone they really adore. If he’s ready to build a lasting bond with you, he will absolutely spare no expense (if he can)!

He may even buy you gifts that are unexpected. If you find he’s bringing you flowers, candy, wine, or something he knows you like, then he’s expressing his devotion to you. 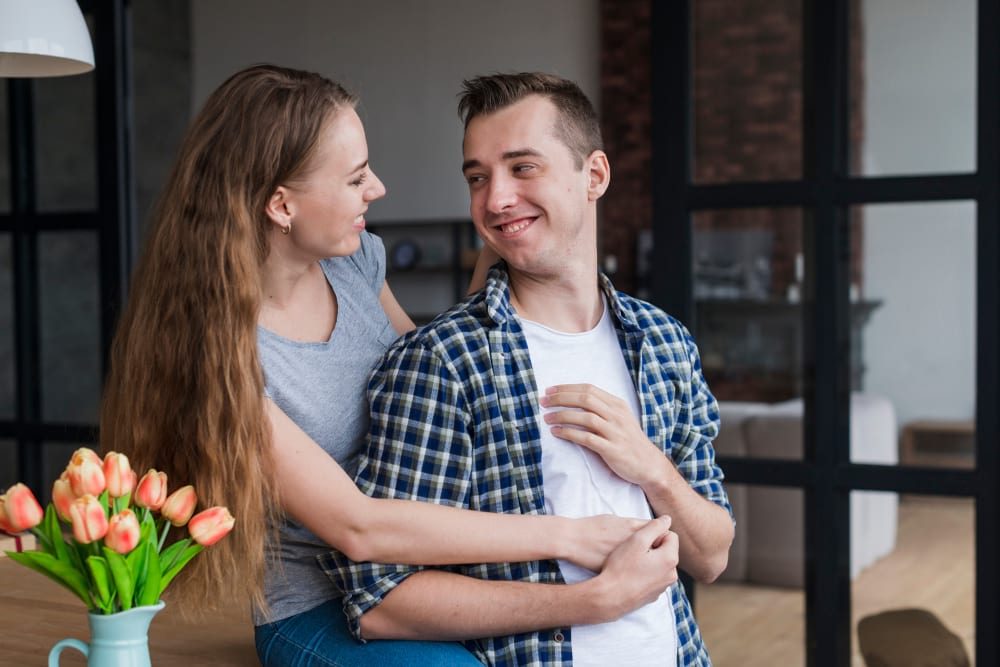 It can sometimes take time for a Cancer man to open up about his deepest and darkest desires or personal stories. If he starts to do this then, you know that you are someone he can trust. Trust builds commitment.

This man doesn’t take trust lightly. He wants to feel secure with the woman he plans to be serious with. Showing you that he’s opening up is one way to let you know that he’s ready to be with you for the long haul.

Commitment is something a Cancer man sees as a foundation of his future. He starts to talk to you about his life, his family, his past relationships, and what he wants for the road ahead.

Opening up to you is a huge compliment. It basically translates to: “I trust you enough to open my heart and share my story.” That is absolutely something you shouldn’t take for granted!

3. He Includes You In His Plans

The Cancer man will definitely start making you part of his plans. By that I mean future plans, present plans, etc. He will want you part of his life rather than only some of it.

Cancer man will start talking to you about things he wants to do in the future and he says “us” or “we” instead of “me” or “I.” This is a change and means he’s putting you as a fixture in his life. That spells out commitment with a capital C.

You’re not a temporary woman to him. This is a huge step for him to make and when he does it, you’ll know he’s ready to make things more concrete between the two of you.

Even if it’s doing normal things throughout the week, you’ll know you’re “in.”  Asking you to go with him to the grocery store or shopping is a tip off too! Doing domestic things like this is what couples do together.

When he gets to this point, congratulations my friend! He’s committed to you whether he’s said it or not. He’s definitely displaying commitment behavior that you can trust in.

4. Welcome Home! His Home Is Yours 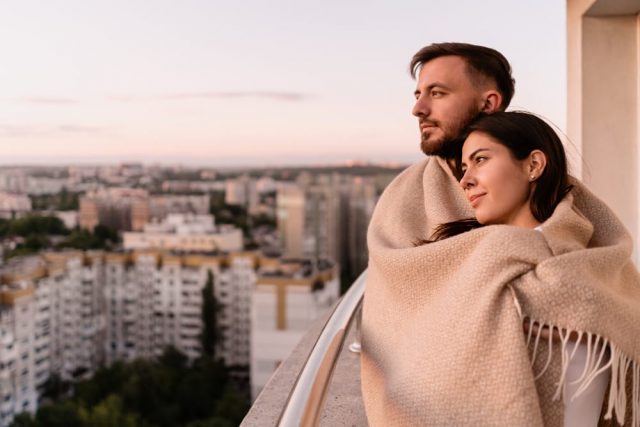 The Cancer man who is ready to commit to you will make space in his home to accommodate when you stay over. He may buy you a toothbrush and put it in his bathroom. He may go even further by buying you soap or shampoo.

He also will likely make space for you in his bedroom where he keeps his clothes, in case you want to keep some things there for when you stay for more than just the night.

The possibilities are endless when it comes to merging with you. In fact, he may actually go ahead and ask you to move in when he’s ready to commit. He takes this step very seriously.

Having you within the same house will make him feel good about things and will give him the hope he wants for the future you two have together. Don’t be surprised if he asks you to join him in his home permanently!

5. He Starts Talking About His Thoughts On Marriage

It’s pretty obvious when he starts talking about what he thinks about marriage and what he wants for the future. Even if he doesn’t include you from the discussion, he’s trying to feel you out.

He’s letting you know what he feels, and seeing what you’ll say and how you feel about it as well. This lets him know whether you’d be ready to commit and (perhaps marry!) one day.

Family is a very important thing for him, so he may even bring up children. That really is letting you know that being serious is on his mind and so he needs to know where your head and heart are at with it.

Tell him truthfully what stirs your heart and what your deepest desire is regarding family and being together for the long haul. When you do, he’ll likely let on he wants to commit to you.

6. You Are His Priority 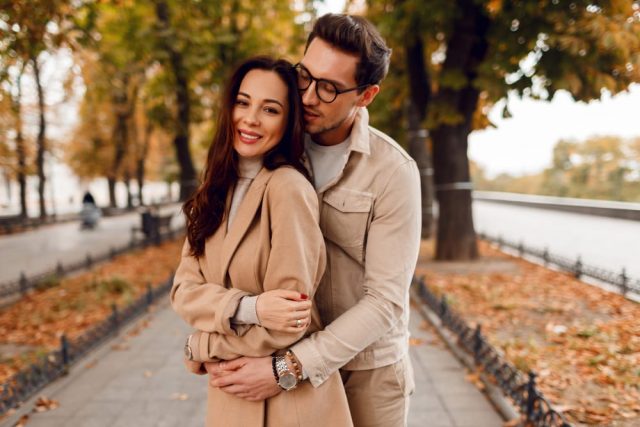 Look, I can’t guarantee you that this will fall true when it comes to his job. He has a career or job to maintain and it’s important for making his future nest egg come into view.

I wouldn’t ever expect him to choose you over his work. That would be impractical for you both. What I do want to point out is that aside from that, he will choose you first over pretty much anything else.

You’re like half of him in his mind, so he will want you with him nearly all the time. He will want to make you happy, make you feel good, and show you that you are cherished.

If you notice that he’s suddenly spending lots more time with him because he’s asked for it then you’ve got him. He is ready to commit and he’s ready to be with you for the long road ahead.

7. It’s Time To Meet The Family

This is massive sign that Cancer man wants to commit to you. He doesn’t take just anyone home. He often reserves this for when he’s serious about someone. He will bring you home to meet his family and his closest friends.

The most important people in his life will get to meet the woman he finds so amazing and special. That’s you! Once he brings you home, he is absolutely solidifying his love with you.

You are becoming part of the family. Cancer man is pretty serious when it comes to those he loves. He’s serious about his love with you. Get to know his family and friends because they know his devotion.

They will tell you how totally loyal and wonderful he is. Then again, there may be things they tell you that are not so savory… as family often does. They won’t talk him up unless he’s worth it.

This will be a pretty good measurement of whether or not you want to commit to him. I also must warn you that they will express their opinion about you to him as well.

Read next: 10 Cancer Celebrity Men We Can’t Stop Drooling Over

There is one last tip that you absolutely need to know – because it really will affect any future you may have with this guy.

If the family does not like you for some reason, they will let him know as they don’t want him marrying the wrong person later on. So heads up! Be sure that you’re being very sweet and loving around them. Charm the pants off of that family!

They will see through it though if you are fake. Cancer man’s family is sincere and they want the very best for their guy. His closest friends will also be the same. He wants his family and friends to love you.

They love you, you’re in and you can definitely pave a path for the long haul with this family and with your Cancer guy.

Did you finally get a Cancer man to commit? When he did, how did he show you he was ready? I want to hear all about it!

And now that you’re on the road to commitment with your Cancer guy, find out if you two are the perfect match with my compatibility quiz. Try it free right here!