August 22nd, 2019
Does your Cancer man miss you or is he just being nice or courteous? Read on and figure out exactly what is going on and if he genuinely misses you or not. 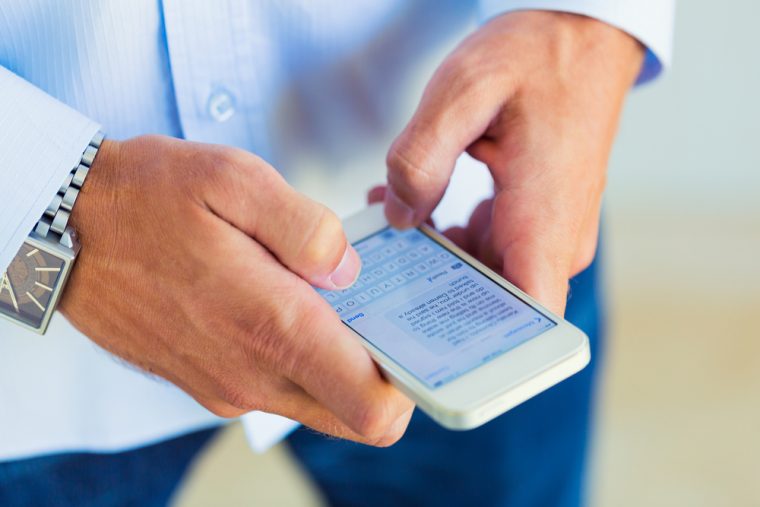 Does your Cancer man miss you or is he just being nice or courteous? What are the signs a Cancer man misses you? Keep reading to figure out exactly what is going on and if he genuinely misses you or not.

If you find that your Cancer man is sending you texts when he’s away from you then he’s definitely thinking of you. He may send romantic sayings, poetry, songs, or cute memes.

He may see something that makes him think of you and so he’ll send it to you so that you know that you’re on his mind. He may send you funny jokes or any variety of cute things he can find that are totally you.

It’s even possible for him to talk about his last time with you and how much it meant to him or will talk about the next time you two are together. Perhaps he will send you a selfie or a photo of the two of you from a memorable date.

He’s sentimental and will often bring up the past when you two had a great time together so that you don’t forget. It’s his way of letting you know that he had a wonderful time with you and misses you.

Anytime he does any of these things for you, it’s good to respond and be just as sweet, funny, and considerate with him. It will make him feel good and will make him reach out to you more.

Calls Every Chance He Gets

When a Cancer man misses you, he’s likely to call you when you’re not around. He may call on lunch break from school or work. He may also call when he’s out doing stuff just to let you know that you’re important to him.

He will call for no reason at all and will be very sweet. Hearing his voice as often as you are likely to, you’ll understand that he truly does miss you. If he didn’t miss you then he wouldn’t bother to spend so much energy letting you know you’re in his thoughts.

This man will do things like buy you gifts professing his feelings for you, he may send you a card, or he may call and leave you voicemails even when he knows you’re out somewhere where you cannot answer the phone.

His constant thinking of you and showering you with affection is not his way of just being nice or considerate. He’s missing you when he’s not with you as that’s how Cancer man operates.

The Cancer guy normally will absolutely miss his partner when he is not with her. It’s natural for him and he has no qualms with showing it and letting you know how he feels. He’s pretty obvious.

He Inquires About The Next Date

If it’s been a short time since your last date and he’s already asking you about the next date that you should have or will have, he’s missing you. He’s already into you and wants to see you as often as possible.

He will generally waste no time in working out what you two will do next, when, and where. This gives him a thrill knowing he’ll see you again and get to spend glorious time with you.

While Cancer man has no trouble typically to ask his partner out on a date, there are rare occasions where he actually doesn’t mind his lady taking the initiative. It depends on his chart and what his moon or rising signs are.

Typically though, Cancer man gets very excited about the woman he finds interest in and there isn’t anything he won’t do to show her how he feels. This means doing everything he can to spend ample time with her.

This isn’t the guy that will sit on his rear and wait for a woman to bust all the moves. It might happen in the beginning because he’s shy and fears rejection but after the gate opens up, he’s ready to run for glory.

Once you let him know you like him, its game on. He will not have any trouble showing you and telling you that he misses you. It should never include head games. He’d rather be honest and direct.

Active On Your Social Media

No matter what platform you use, your Cancer guy will follow you and will watch your activity online. He will like your posts, he may comment on some of them, and he’ll tag you in things he thinks you’ll like.

He will share photos with you and may even want to post photos of the two of you together sweetly to indicate that he is with you. He may want to tag your dates and make sure everyone knows.

Cancer man loves being in love and he loves flaunting it as well. So when he’s not actively with you because you are working, going to school, or doing whatever… he will stay in contact in various ways including social media activity.

It would be a good idea for you to show him the same type of attention on his social media as well if you’re intending on things become serious with him. It will make him feel good to see that you’re all about him.

He may post flirty things on your timeline or comment on things you post indicating he’s thinking of you or he can identify with whatever it is you posted, etc. Basically he’s making his presence known.

When the two of you are apart for holidays, vacation, or some other type of break, he will reach out to you in any way that he can. He won’t want you to forget about him and wants you to know he’s thinking of you.

There is no way he’d ever want you to think that he’s not thinking of you or is moving on with someone else when you’re away. If he really digs you or is in love with you, he will be loyal and keep in nearly constant contact.

Expect phone calls, texts, and even emails or gifts from your Cancer man when he misses you while you’re away.

If you still need some extra signs a Cancer man misses you, click here and find out what are some of those.