The Most Common Reasons Why A Cancer Man Avoids Your Texts

January 8th, 2022
Have trouble getting your Cancer man to respond to your texts? Keep reading, you’ll learn the most common reasons a Cancer man avoids your texts. 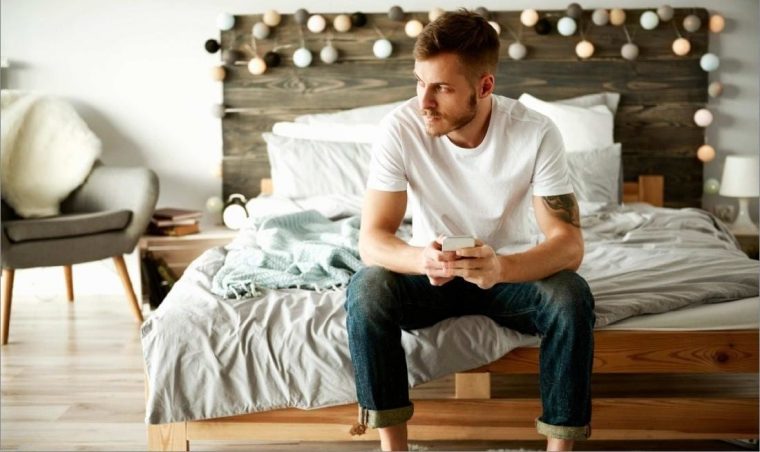 Are you having trouble getting your Cancer man to respond to your texts? Are your messages going left unread, or worse – is he reading them but not answering?

Yes, it’s a problem and Cancer men are definitely guilty of this at times. I’m going to help you out and if you keep reading, you’ll learn the most common reasons a Cancer man avoids your texts.

The Most Common Reasons Why A Cancer Man Avoids Your Texts

1. He’s Unsure Of Your Relationship

This is one of the biggest reasons why a Cancer man avoids your texts. He’s gotten close too fast, and now he’s second-guessing his decisions.

It may be that there is something about you that doesn’t sit well with him. The Cancer man is good at self-sabotage when he’s afraid.

Fear will definitely make him question whether you are the right one or not. When he feels like this, he wants to have some separation, so he can think things over and figure out if you’re the one.

It’s easier for him to think everything over when he’s not talking to you. I know that sounds nuts, but that’s the way he operates.

Remember, he’s a sensitive man and cannot think while you’re talking to him. You’re a distraction and may take him off track. He needs this time, so please be patient with him.

When you’re patient, he will get back to you. He’ll also appreciate you more as a woman in his life when you allow him to have the space to think.

2. He’s Dealing With Other Stress 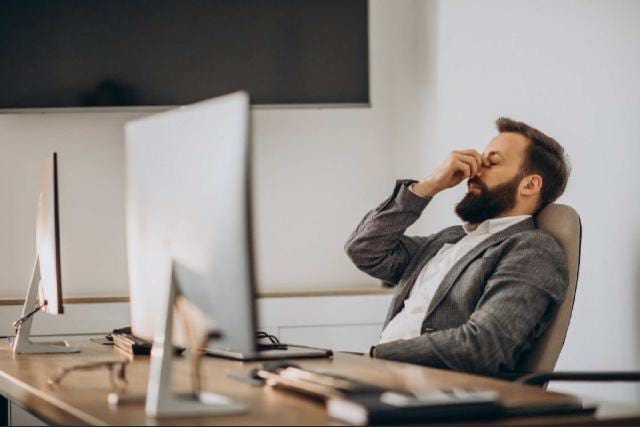 There is always the possibility that he’s dealing with some difficulties in his life that have nothing to do with his relationship with you.

You cannot always take his silences to heart. If you do, you’ll end up making yourself suffer needlessly. The Cancer man has a hard time juggling his emotions.

He may have something going on in his family, his job, his bills, or something else entirely. Unless you two live together, then there is no way for you to know for sure.

If it’s only been a few days or a week, then he may very well have something going on that he is trying to figure out and maybe fix. It has nothing to do with you; thus, he’ll let you know when he can.

Try to be calm and patient with him as I mentioned before. Some women freak out when they haven’t heard back from him in days. Don’t! Unless you know for sure that something went wrong, then give him the space he needs.

Trust me when I tell you, he will come back around to you and want to tell you everything once he figures it out for himself. This is a signature reason why a Cancer man avoids your texts.

3. His Feelings Are Hurt Or He’s Angry With You 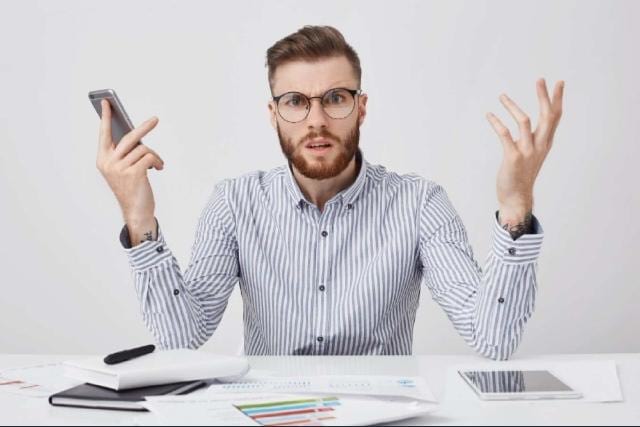 Cancer men tend to go silent when they’re hurt by something you’ve done or said. It’s the same when he’s angry. He doesn’t know what to say to you.

He has to process what just happened so he can decide if he still wants to be with you and if he can forgive you. Note that once he does decide he forgives you; let it go for your own sake.

A Cancer man has to withdraw and think things over and heal his heart. It’s always best to tell him you’re sorry immediately if you are aware that you hurt him or made him angry.

You don’t want to repeat what happened so tell him once he thinks it over; he needs to let you know what you did wrong if you have no idea.

Tell him that the only way you can work on it is if he tells you. That may open the door to communication again. Just know that if he loves you, he’ll remember that everyone makes mistakes.

He’s just very sensitive and reacts quickly to hurt and anger. He’s already on edge much of the time, so it doesn’t take a lot for him to be set off or sent into a mood swing.

Mood shifts are often a reason that Cancer man avoids your texts or ignores you. It doesn’t last long if he really cares, so try not to worry too much.

Related: What To Do When A Cancer Man Ignores You – Why Is He Distant?

4. He Feels You Don’t Appreciate Him

If your Cancer man is feeling that you aren’t reciprocating his love, then he becomes depressed and pulls away from you. He needs reassurance from you regularly.

If you’ve stopped answering him right away when he texts, then he’s starting to feel as if you’re pulling away. That may not actually be the case, but that’s what he thinks.

It’s a good idea to give him positive feedback regularly so that he knows that you DO reciprocate the feelings you two have built together. He doesn’t like feeling ignored or like second best.

The Cancer man has to feel like he’s a priority in your life, so don’t give him any ideas otherwise. Stay connected, answer him promptly, and tell him how much you care.

If he feels you are possibly taking him for granted, then the Cancer man will avoid your texts.

Make sure your Cancer guy gets all your attention and care. He’ll appreciate it and he’ll stay the same loving man he’s been so far. The texts will stand for you both. 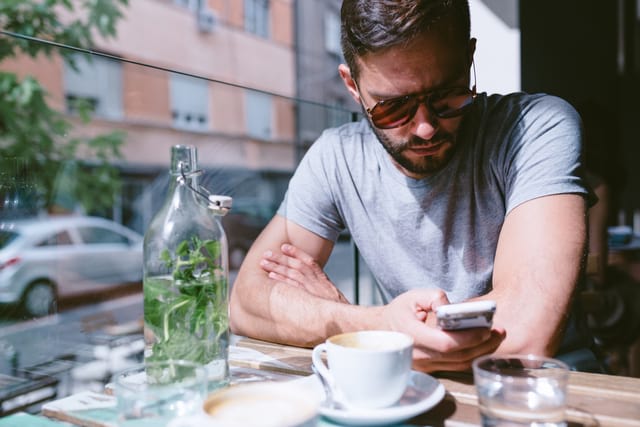 Even if a Cancer man really loves you, he may start to avoid your texts because he feels closed in, tied down, or as if he’s on a short leash with you.

Don’t ever make him feel like he has no freedom because otherwise, he will absolutely shut down and you won’t hear from him as much (or at all!). He’s not too good with feeling like a prisoner.

Avoid telling him what to do and treating him like you’re his boss or his mother.

The Cancer man loves spending time with you, but if you overdo it by texting him much more than he texts you, he feels you’re coming on too strong. This is definitely a reason your Cancer man avoids your texts.

Simmer down. Don’t overdo it with your Cancer man. Relax. He loves you and you don’t need to keep your hooks in him 24/7. Treat him like a warm and loving man.

Just like almost anyone else, he needs a little space sometimes to be himself, spend time with his friends, or concentrate on his spiritual self.

Do not ever let this make you feel unimportant to him. Of course, you’re important to him! Give him space sometimes and he won’t avoid your texts anymore.

Make yourself unavailable at times as well. It will make him miss you and want to chase you a little more!

6. Text Your Cancer Man The Right Way To Keep Him Interested!

Now that I’ve given you some tips on what you can do to hold onto your Cancer man when he’s avoiding your texts, you need to learn the right things to send him.

Does he go cold when you bring up certain topics with him via text message?

Maybe you’ve been texting him all day and he hasn’t responded to you at all. There IS a reason for it.

You may have texted him something he really doesn’t like and his response is to go completely quiet on you.

This is why it’s important you learn what you should text him that will get his attention and make him want to text you right back!

I want to help you get ahead and make sure he never ignores you again.

You have to be willing to listen to what I have to say.

It’s up to you whether this relationship thrives or fails.

Are you really ready to take the steps necessary so that you can keep your Cancer man and make him want you more?

If you aren’t willing to take a chance and try my methods, then you will lose him. He will remain ice cold and you’ll be devastated.

Is that what you want? No! Of course, you don’t.

I’ve got to tell you… the Cancer man will only get colder with time until one day, he just leaves.

It’s easy for him to move on to someone else who makes him feel excited and hopeful.

Come on! You don’t want that to happen. You want him to want you again and give you more attention.

This is easily obtainable, but you’ve got to actually do something about it.

I’m giving you the chance to totally turn around your relationship with your Cancer man and really get him excited about you again!

Don’t give up, Click here NOW to get all you need to have the happiness you deserve! <<

I hope you heed my warning and do what has to be done.

I wish you all the luck in the Universe!