Home » Sex with a Cancer Man Can Be a Real Rollercoaster – Need Help?

Sex with a Cancer Man Can Be a Real Rollercoaster – Need Help?

August 13th, 2019
He’s hot, he’s passionate, he’s shy, and he is all that is in between. You may want to keep reading to find out more about sex with a Cancer man. 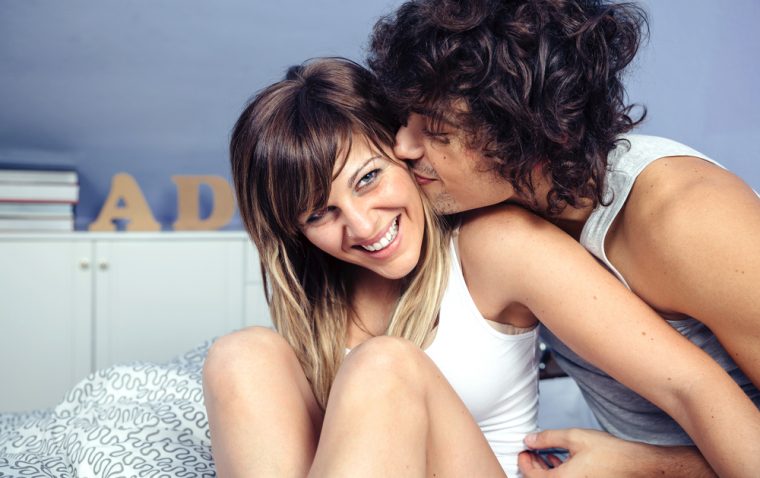 What might sex be like with a Cancer man? He’s hot, he’s passionate, he’s shy, and he is all that is in between. Just like he can be in different moods, his mood for romance in bed may change. You may want to keep reading to find out more about sex with a Cancer man.

Sex Depending On His Mood

The first thing to know is whether or not he’ll even be in the mood. Cancer men’s mood change quite often and it’s going to depend on if he’s ready for loving or if he’s ready to go hide in a closet alone.

Cancer men like to retreat into their shells when they’re not doing well and this will include blowing sex off. If you are with a Cancer guy, you’ll notice his bad moods coincide with choosing to not have intimacy.

He’ll pull back, won’t want hold hand, won’t want to kiss, and if he does have sex; it’ll be with very little feeling. You’ll know the difference and most likely won’t like it or appreciate it.

If he’s in a fantastic mood where he feels that everything he touches turns to gold; he’ll probably go all out and give you the royal treatment. He feels amazing so he wants to be sure that you do as well.

He could also be in an in between mood where he wants to have sex but he wants to be a bit selfish and have you do all the work thus not fulfilling your own desires. It’s not a common practice for Cancer but it does happen.

He’ll also get into a kinky mood every now and then. This will be when he wants to do adventurous things, role play, wear costumes, and other fun stuff. Having sex outdoors is also something he may want if you’re willing.

What Really Turns Him On

One of the things that turn him on more than anything is the physical appearance of his partner. Wearing sexy outfits our lingerie will definitely be a huge hit with him. He will want you to wear things that are easy to rip off.

As far as what area of the body of his partner he enjoys the most; it’s the woman’s breasts. He’s a boob guy. Wearing things that reveal your cleavage and curves will drive him wild.

You could try wearing very sexy bras that are typically only worn for sexual purposes or you could go without a bra entirely and he’d be on cloud 9 with you in and out of the bedroom. Try wearing a white men’s tank top without a bra.

Naturally to turn him on, you can touch on his erogenous zone as well. Play with his stomach, rub it, kiss it, and caress in a gentle way. He’ll go nuts. Coincidentally, he’ll love your tummy also. He’s drawn to the mid drift of a woman.

While they have many positive qualities when it comes to relationships and sex; he also has some that leave something to be desired. He has a tendency to have affairs. When a Cancer man is unsure of his love, he could stray.

I’m not saying they definitely do but there are some that have every capability to do so. If they think they can get away with it and the person who they are trying to bed down really wants them, they’ll make it happen.

They are the type of guy that will convince a married or taken woman to have a sexual encounter with him. He’s very good at selling things including sex. He’s gifted at convincing anyone of almost anything.

They aren’t the number one sign of being unfaithful but they’re up high on the list. They just really enjoy sex, variety, and attention of anyone they can get. Many are bi-sexual also.

Again, not all of them are cheaters. There are many that are but there are also many that aren’t. You just have to learn what to watch out for to avoid this from happening to you.

Any red flags you start to notice with him you’ll need to look further into it so that you don’t end up with a broken heart. As long as you take your time in getting to know him and don’t dive into sex right away, you should be just fine.

Not only does a Cancer man have a huge appetite for sex but, he also seems to like positions that many people don’t enjoy or find comfortable. He loves lying side by side which isn’t the easiest thing to do. If you can pull it off, he’ll love it!

It’s likely he’ll want to mirror some of the things that you’re both watching at the same time or another time with you if you’re up for having a bit of an adventure and trying new things.

You’ve got to be open-minded with the Cancer man if you plan to have sex with him. He’s like a roller coaster because you never know what he’s going to be in the mood for or what mood he’s in.

He’s changeable due to his emotional mindset. He loves to change things up and be unpredictable. It’s not boring when he can do different things all the time. If you’re involved with a Cancer man or going to be, this is something you have to prep for.

If you want to learn more about sex with a Cancer man and what he likes in bedroom, click here and find out everything you need to know about Cancer man sextrology.