Home » The Five BIGGEST Turn-Offs for a Cancer Man

The Five BIGGEST Turn-Offs for a Cancer Man

September 4th, 2020
For a Cancer man, some things that other men find attractive in women will not fly. Take a look at these five biggest turn-offs for a Cancer man! 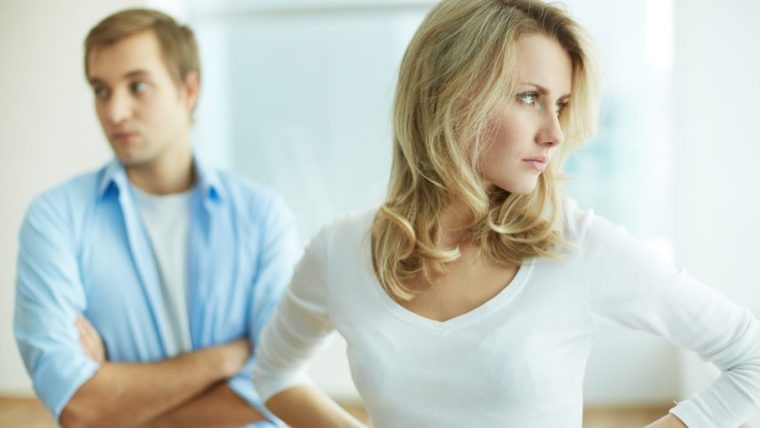 Cancer men are certainly some of the most intriguing guys in the zodiac. The “rule book” doesn’t apply to them, and a lot of women tend to make this mistake in their relationships with them.

In relationships, you can’t assume what a man will and won’t like. When it comes to dating a Cancer man, this is extra important.

For a Cancer man, some things that other men find attractive in women will not fly. If you’re in a relationship and you’ve noticed that he seems to have lost interest, take a look at these traits Cancer men can’t stand—and see if any of them ring a bell!

The Five Biggest Turn-Offs for a Cancer Man

Being in a relationship with a Cancer man can be wonderful. They give so much and put so much into their relationships—and they’re typically not afraid to show their emotions.

However, if you’re not mindful of these traits that drive Cancer men away, you can send your guy running for the hills.

Hold on a second—I’m not talking about flirting with him. This is about being flirty with other men.

For some guys, this can be harmless, or it can even inspire them to fall harder for you. But when a Cancer man is interested in a woman, he wants to believe that she’s his alone. Any sign of rampant flirtation instantly puts him off even.

Cancer men place a lot of importance on security and trust. They want to believe that the women they love have eyes only for them. They hate to have to go into protective mode whenever they go out together.

If you’re in a relationship with a Cancer man, show him that you are all for him and throw the flirting away.

2. Using Too Much Makeup

Cue eyeroll, right? And it’s true, Cancer men love it when their women take care of themselves—but he doesn’t want you to look like a porcelain doll or a Broadway star.

Cancer men don’t like women who seem overly proud or vain. It goes against their unique nature, and they won’t come after you if they see signs that you place too much importance on vanity.

Even if you’re the humblest woman on earth, if you spend three hours layering on your face before you see him, a Cancer man won’t bother waiting to get to know the real you.

The root of this is that he sees tons of makeup as deception—and he’ll wonder what you’re hiding. Even if he’s seen you makeup-free, knowing you wear a ton of product everywhere you go will turn him off.

Err on the side of natural. Don’t try to hide yourself—he wants to see the real you.

But men hate emotions, right? Nope. It’s a myth. If you want to catch the attention of a Cancer man, you’ve got to treat him like the unique man that he is, and a Cancer man does not enjoy a remote or aloof partner.

Playing hard to get and acting indifferent is not the strategy you want to use to attract a Cancer guy. They just don’t play that kind of game. Hiding how you feel is a bad move with these men.

Cancer men are very emotional, and they love to be with the women they love. He’ll want to spend hours talking with you on the phone, going on romantic dates, going on mini-vacations—anything that will bring you closer together.

Cancer guys thrive on being emotionally connected to their partners, and they want to feel that their women feel the same way too. He wants a woman who can understand his emotions and meet his emotional needs.

So if you play head games or give him the silent treatment, it’ll send a clear message to him: you don’t want him.

This goes hand in hand with the previous trait, but to take it further, Cancer men are easily put off by women who don’t seem to be interested in their partners’ feelings and thoughts.

If you constantly disregard him by acting aloof, he’ll think that you don’t care about him. Cancer men are like babies; they love to pampered and cared for.

If you want to attract a Cancer man, show him that you respect him and his mind.

Read next: 7 Essential Pieces of Knowledge for Women Married or Engaged to a Cancer Man

Most men don’t find it sexy when a woman is always on the war path, but this is especially true of Cancer men. If you get easily offended and lash out at everyone, he won’t want to get close to you at all.

Cancer men are emotionally intuitive, and if they sense hostility, they’ll retreat into their shell. They’ll find it difficult to open up to you about anything.

Being volatile and quick to anger will ruin your chances of finding or keeping true love with a Cancer guy.

Overall, though, Cancer men are not as complicated as you might fear. All you need to do is be observant of their moods and emotions. When you figure their likes and dislikes, it becomes easier to understand them and love them—and be loved right back.

Share your story or questions with our community in the comment section below. I’d love to hear from you! You’ll be completely anonymous.