Home » How To Read A Cancer Man’s Text Messages: With 4 Decoded Examples

January 16th, 2022
It’s important for you to learn how to read a Cancer man’s text messages so that you aren’t left in the dark. I’ll help you find out exactly what he means! 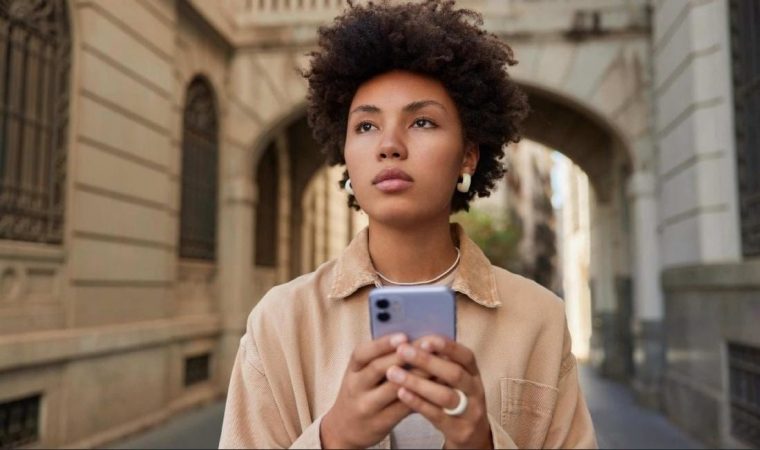 Are your Cancer man’s text messages so far off base you’re not sure what to make of it? Does he sound confusing, even to himself?! Does your Cancer man seem cold? Is he short with his messages? 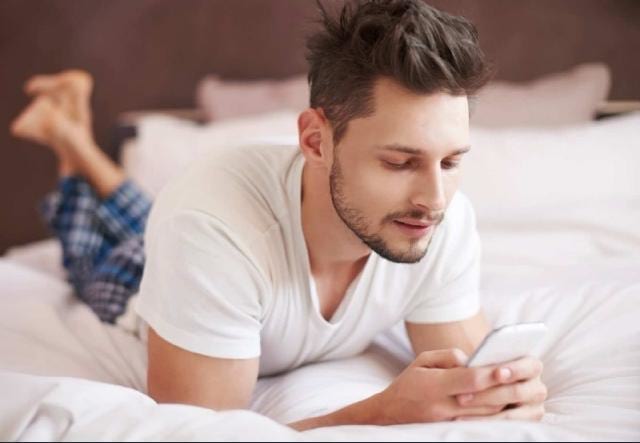 A Cancer man’s text messages can be some of the most frustrating responses. When you’re involved with a Cancer guy it can be confusing, and you don’t know why they are being so short and cold. You wonder if you did something wrong to get such responses as this.

You want to know if he’s lost interest or is upset. The truth is, he probably has a lot on his mind and doesn’t feel like typing out a text. Yes, it could mean he’s thinking about your relationship.

He also might be dealing with other things, such as being busy with work, school, or some extracurriculars or projects. He figures that even a one-word text or an emoji response is better than not sending you any response at all.

The Cancer man may have no idea that texting you with a short answer like this drives you nuts and makes you worry. He just thinks he’s reaching out somehow, and that’s better than nothing.

In the case that he’s dealing with family drama and providing these short answers, it’s likely that he’s not ready to talk to you about it because it’s so upsetting and doesn’t want to concern you. Typically, the Cancer man will tell you when he’s ready.

Since you don’t really know what is going on with him, my best advice to you is to not take it personally. Give him the time that he needs and wait to see if he tells you what happened.

The Cancer man doesn’t like to text very much so when he does, and when he feels passionate about you, he will write you what seems like a novel. What does it mean?

It means that he’s into you or possibly even in love with you! This one is pretty simple. He may send you songs, poetry, or his thoughts. It’s a personal treasure to him that he wants to share with you.

He’s a very romantic guy, but after you get some kind of grand novella gesture from him, how in the world does he go right back to the short answers?

That’s because he only wants to share what’s important and leave the rest out. The little one-off texts are because he’d rather discuss day-to-day business in person or talk on the phone.

The bottom line is if you ever do get a novella or two from your Cancer man via text, he cares and trusts you enough to open up and show his sincerity. It’s a good thing.

Don’t be confused by your Cancer man’s text message, but also don’t expect him to always do this, as you will be disappointed. He isn’t going to do it often. It’s just not the way he operates. 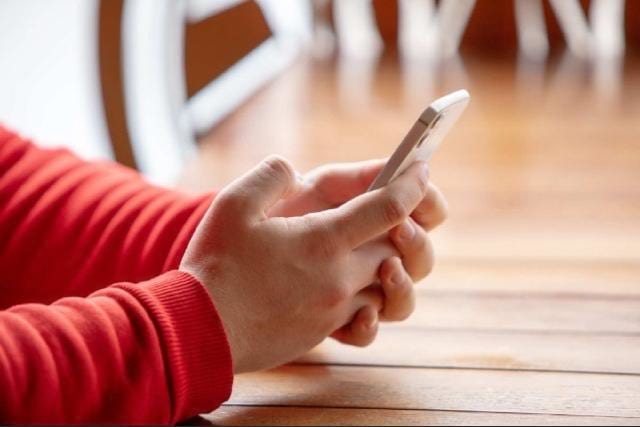 Texts like this are what a Cancer guy will send when he’s concerned for your safety. Even if he doesn’t answer or he gives you just the thumbs up emoji, he wanted to know you made it safely.

It means he cares about you and what happens to you. He’s not trying to be rude or cold by only sending thumbs up or a “k” in response. You text, he now knows you’re safe and that’s good enough for him.

He may even ask you where you are going and when you will return home. If there is any text that has to do with your whereabouts, it’s because you’re special to him.

Even if he only answers with something short and simple, he’s acknowledging your text. If he doesn’t answer at all, it doesn’t mean that he doesn’t care. Keep in mind that he’s not a big texter.

Anytime he expresses concern, he cares for you and you shouldn’t worry about his motives or intentions when he texts back a very short response. When you talk to him again, you’ll see!

These are expressions of care. If he knows you’re sick, he’s probably going to check up on you via text message. It doesn’t matter if you’re getting along or have been fighting; he cares about your welfare.

If you two haven’t been getting along, I don’t advise ignoring his text. He will take that personally and make things a whole lot worse between the two of you.

In fact, if he asks how you’re feeling, tell him the truth. Ask him to bring you some soup or something soothing. He will likely do this for you because he cares.

His concerns for you are legitimate even if he doesn’t text much or often. His care in “real life” is far deeper than text messaging. He doesn’t take text messaging as a lifeline.

If he doesn’t text to check on you, he might actually call you and ask if you need anything. In the event he does text though, don’t write him off or worry if he has a lack of response or what you perceive as cold.

You’ll get yourself upset for no reason. Just remember that the Cancer man isn’t the best when it comes to texting. Go directly to the source and call him or pay him a visit.

Nothing But Silence From The Cancer Man 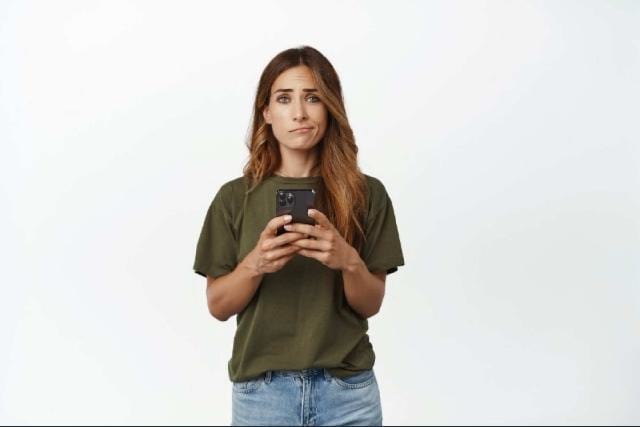 This is the hardest scenario to deal with. The Cancer man’s text messages may already seem perplexing, but when he goes silent it makes you think the absolute worst.

The thing to remember here is that when he’s not texting, he probably has other things going on that are preoccupying his mind and focus. He may not feel social, he may feel depressed, or he may be overwhelmed.

None of that may have anything to do with you, yet when he’s not messaging, you feel he doesn’t care for you anymore.

You need to have patience with him. Yes, in some cases it can mean he’s ghosting because he wants out, but not all the time, and you certainly cannot assume as much.

Give him a little time to recuperate or whatever it is that he feels he needs to do. He will get back to you and will be grateful you didn’t rake him over the coals or break it off for the misunderstanding.

Of course, if he continues it for a long period of time then you will have to consider the fact that he may have let go. Be strong! Just know that it doesn’t always mean it’s over or in danger.

Get Your Cancer Man To Make More Effort!

Yes, it really stinks when a Cancer doesn’t consider how you’ll feel if he doesn’t text you back.

He’s a grown man who should know better!

The Cancer man is being hurtful without even knowing that he is.

The truth is, he probably doesn’t know how to treat YOU.

Every woman is different and every woman will want certain things.

Can he live up to it?

Is there a way to make him see that he’s really screwing the relationship up?

How can you get him to put his big boy pants on and text you?

If he really cared, he’d check in on you more often, right?!

He doesn’t think that way for some reason…

The good news is, you’re not helpless.

I have more information than I’ve already shared that you just may want.

Get him to finally crave your texts and in doing so, he reaches out to you more often.

Make the Cancer man answer you quickly and not in a cold answer way.

You CAN get him to warm up and be more social with you via text message.

Click here right now to learn everything I know about Cancer Man Texting! <<

Don’t let him keep doing what he’s doing, otherwise, he won’t know he needs to change.

He wants to love you and needs to show you more in a way that makes sense to you.

This is especially true if you two are long-distance.

Get him to pick up his phone and call or text you back with meaningful answers.

Do what’s right for you and get my offer right now!

Click here to learn everything you need to make him stay in touch! <<

Take the lead and change things for the better.

I wish you all the luck of the Universe!