Home » Cancer Man and Taurus Woman Break Up – How It Will Go?

Cancer Man and Taurus Woman Break Up – How It Will Go?

August 24th, 2019
Maybe you’re the Taurus woman who thinks it’s time to end it with Cancer man. Find out more about Cancer Man and Taurus woman break up. 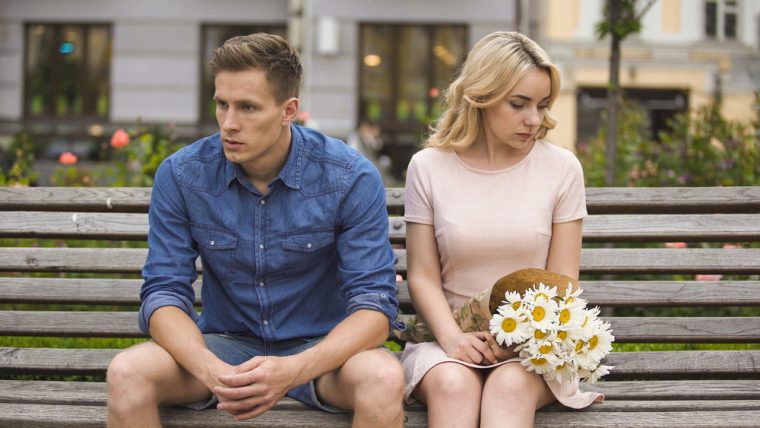 Are the Cancer man and Taurus woman a good fit? What happens when they have had love but are falling apart? Maybe you’re the Taurus woman who thinks it’s time to end it with Cancer man. Perhaps he’s the one that is planning to call it quits. Keep reading for more information regarding Cancer Man and Taurus woman break up and how it may play out.

The Strengths Between Cancer Man and Taurus Woman

Before I start talking about how bad the break up may be between these two, let me first discuss why these two would have gotten together in the first place and why it may benefit them to work it out.

The Taurus woman definitely provides the Cancer man with the stability and security he seeks. He needs a solid woman with her feet on the ground that is great with family and wants to have a stable home environment with him.

She’ll easily be able to be his best friend and confidant. The two have much in common which can help them to realize what they have and try to salvage their love if they truly want to be together.

These two are very likely to have a deep emotional relationship. If they can remember why they fell in love in the first place, they can revive this sense of closeness and bring it back.

Their intimacy and sexual activity is normally very gratifying. They really enjoy their time together between the sheets. This makes them a force to be reckoned with when it comes to other people.

They have decent capability to learn effective communication but if they don’t this is where they run into troubles. Trust is something easy in the beginning but if Cancer man isn’t honest enough, Taurus woman will grow weary of his secretive side.

Their value systems are very similar but they will for sure have some differences that will have to be worked for if they expect it to last forever. If they don’t open up and discuss it, they will have problems later on down the line.

While they have much in common, there are some things that could be problematic and lead to a break up if they don’t work at it. One of the things that is an issue is trust.

I mentioned that in the beginning they have the trust squared away but in time, things start to change. Cancer man starts keeping things a secret or omits the truth. It’s in his nature to be mysterious.

This behavior makes Taurus woman wonder what he’s really up to when she’s not with him or if he goes somewhere. Who was he with? Who is that woman who keeps texting him or calling him?

He says it’s his friend but friends don’t reach out that often. Where does he go when he disappears for hours at a time? You go where he’s supposed to be and you don’t see him.

There are various scenarios where Cancer man may not be being truthful with his Taurus love. She will definitely learn to not trust him and will eat her alive. She will at some point decide he’s too sketchy and is why she may want to end it.

If he’s the one that wants to end it, it’s because he doesn’t feel trusted, he wants to have more freedom, or he feels Taurus woman smothers him too much. There are a variety of options on either side.

They may also become so close at the beginning that they start becoming self interested and alienate friends. At some point they realize friends don’t invite them out anymore thus they blame each other.

If you are the Taurus woman who is initiating a break up with your Cancer man, you are probably at a level of frustration that you just cannot put up with his crap anymore and are ready to move on.

What happens if you still love him though? Perhaps you could try again or try to get him to understand why you feel the way you do. The only way you can really do this is by being open and honest. Tell him exactly what you feel and why.

If you don’t then he for sure won’t realize why you’re feeling this way and won’t get why you’re breaking it off. It’s best to 100% open up because it’s necessary. It’s one last effort before you call it done.

Cancer man’s moods are all over the place and sometimes Taurus woman’s patience wears thin until she explodes and busts loose from him. Again, proper communication periodically could actually bring effective change.

Don’t hold back because you’re afraid of how Cancer man may take it. Yes he’s sensitive and yes he could overreact but it’s better to get it out there than to hold it in until you’ve had enough.

If the Cancer man is planning to break it off with you, he could be feeling as though you’re holding him down, smothering him, or he cannot stand that you don’t trust him.

He for sure won’t like it when you lose patience with him. He will be hurt if you use derogatory names or treat him badly out of anger. This adds up and he’ll figure you’re too harsh for him.

Is there still a chance for you two? Yes! If you’re both willing to learn to sit down and discuss things calmly and agree on some solutions. It’s that simple even if it doesn’t seem like it is.

Check in with each other at least once a week to make sure everything is going smoothly and that you’re on the same page. Romance each other, keep the fires burning, and prove trust to each other so there is no question.

Have date nights and celebrate your love together. The more you keep things upbeat and happy, the more the Cancer man will want to stick to you and make you worry less.

If you’re ready to understand more about how compatible are Cancer man and Taurus woman, check out my brand new Cancer Man and Taurus Woman Love Compatibility Guide, and if you want to catch him and keep him click here to learn more about Cancer Man Secrets.