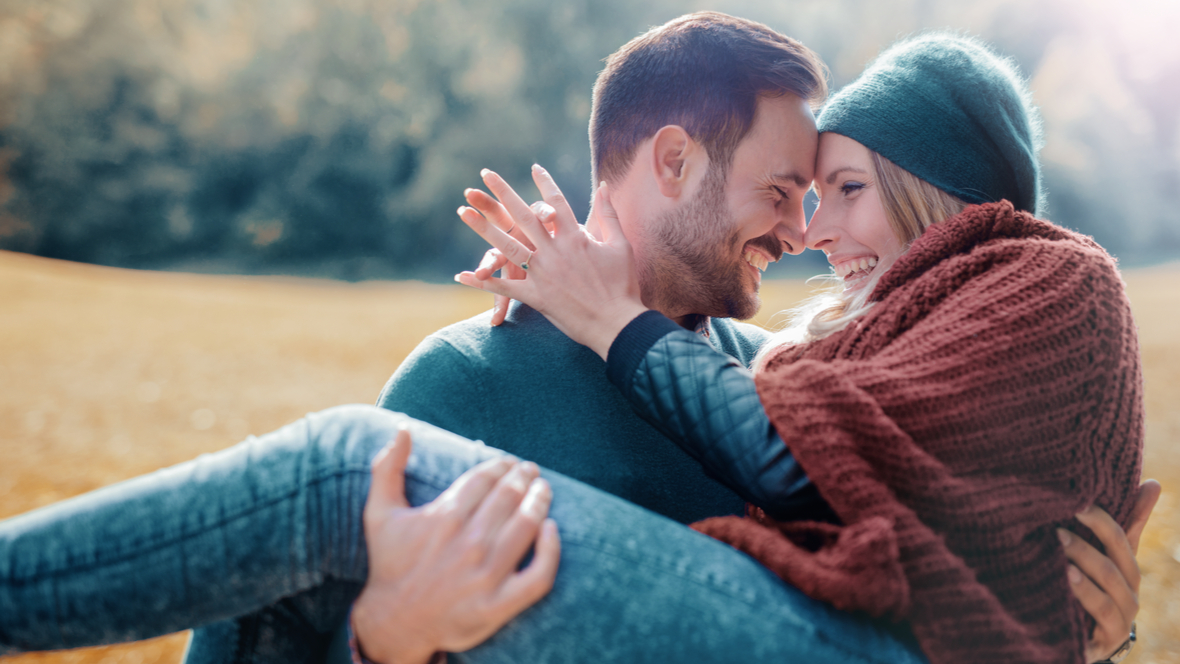 Cancer Man And Libra Woman Compatibility – Is This A Good Pairing?

The Water and Air combination of Cancer man and Libra woman are a strong dynamic that can create some huge waves when it comes to love. Though they may feel a connection, it may be one that isn’t mean to stand the test of time. Anything is possible but this will be a difficult pairing.

Upon first glance, these two are attracted to each other but most likely on a surface level. Once they start trying to get to know one another; they realize they don’t have a whole lot in common.

In the beginning, they do not yet know how each operates and so the physical attraction they have for each other will be what gets them talking or even involved.

Libra woman can be a bit commitment phobic. Cancer man doesn’t know if he can trust her. The Cancer man with Libra man may be a beautiful disaster. They are less than a soulmate match.

I never say a relationship is impossible but this one could be rather difficult. These two could not be more different. The only thing they have going for them is talking about intellectual topics.

This mismatch can find their way but they would have to do a great deal of compromise and change. Neither of them may be willing to do that.

Libra Woman, Who She Is 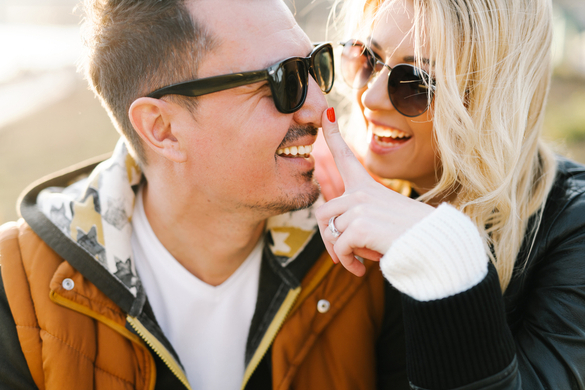 The Libra woman is looking for her one and only. She’ll stop at nothing to find him. This may mean giving up a relationship before it’s even began to blossom if she feels it doesn’t have the potential she’s looking for.

She may have unrealistic views on what her match should be. Then again maybe she doesn’t but keeps gravitating to the wrong guys. Until she figures out what is in her that draws the wrong ones in; she’ll have a hard time finding Mr. Right.

Libra woman is indecisive and is afraid to commit too quickly. She’ll get close to someone but not close enough to want to open up to him and commit. She’ll drag it out possibly longer than the guy is willing to wait.

When she’s not ready for marriage; she’ll keep her options open which means not fully committing herself to someone. She’ll play the field and enjoy her time with various men’s time.

When the Libra woman crosses paths with the Cancer man; she’ll love that he’s endearing and sensitive. His looks will make her swoon and want to find out what else he has in store.

However; when she realizes that he’s different than what she’s looking for; she may turn her back to him. Either that or she’ll remain indecisive long enough for him to lose interest in her.

Cancer Man, Who He Is

The Cancer man is seeking a woman who will ultimately become his partner, wife, and mother of his future children. He wants a woman who can do what he can’t which is to make important decisions.

He’s a dreamer that is a hard worker but he has a very difficult time using logic to help him figure things out. He needs a partner that knows how to do these things so that he can feel more balanced.

Cancer man wants a woman who will be an excellent wife and mother. He hopes she’ll be able to cook and take pride in keeping their home clean. He’ll probably lean on her to make sure the bills are paid on time as well.

He may not be the best at budgeting, therefore, overspending on high-quality things may be a problem with him. Having a partner who knows how to keep an eye on this type of thing will make him feel secure and happy.

When the Cancer man meets up with the Libra woman; he’ll definitely be sexually attracted to her as Libra woman are very beautiful. He’ll want to get closer to her physically.

After he starts to talk to her, he sees she has a wonderful brain filled with fantastic ideas. However; she has different ways of doing things and it doesn’t line up with what he’s looking for.

What Works Between Cancer Man and Libra Woman 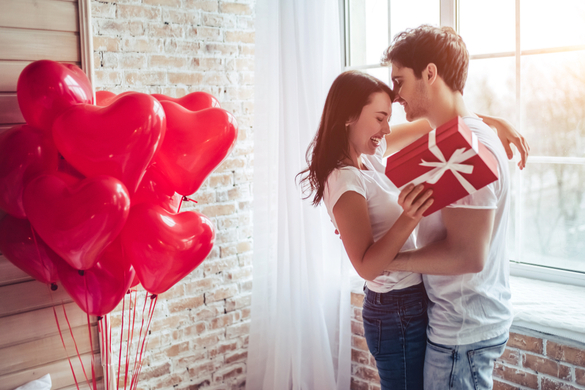 What these two have going for them is their ability to talk about highly intellectual topics. This keeps them entertained and avoiding boredom. The Libra woman wants to take more action than the Cancer; however.

As long as they communicate; they may be able to hash things out. It’s often when couples cannot communicate is when things fail miserably. The thing is; Cancer man isn’t easy to open up. He has to trust her to feel comfortable enough.

Libra woman isn’t easy either. She takes a very long time to get to know someone before she’ll decide to commit or not. These two will have to spend much time alone to talk.

This may help them get a better footing on what they can do to find common ground and be a more effective couple together. While they share the ability to speak their mind; their interests may vary.

Their values definitely differ which can cause some big problems. Again; talking things through may help them get a clearer picture of each other therefore showing them what they can do to compromise.

What Cancer Man Thinks of Libra Woman; Especially in Bed

The Cancer man and Libra woman in bed are not the best match. While the Cancer man wants to provide his Libra woman with a very cozy type of lifestyle; she will frustrate him with her indecisive nature.

If the Libra woman can decide to commit to her Cancer man; she’ll provide him with the security that he ultimately seeks in a relationship. He sees her potential but it may annoy him when she cannot figure out if he’s the one she wants or not.

The lack of commitment is an issue for the Cancer man when he’s ready and willing to settle down to start building a family. He does love that they share the desire to have “the finer things” in life.

Sex has the potential to be comfortable and inviting if it can ever actually happen. Cancer is too busy being careful and Libra is too busy trying to figure out if he’s what she really wants.

Cancer man doesn’t feel as inspired as he wants to when it comes to having sex with the Libra woman. If they can learn to share their innermost feelings; they can actually emotionally bond with sex.

He doesn’t like to wait when he’s ready and so his impatience may cause him to end things before they actually take time to work on what could be. Though if he really does like or love her; he may give her the chance to make up her mind. 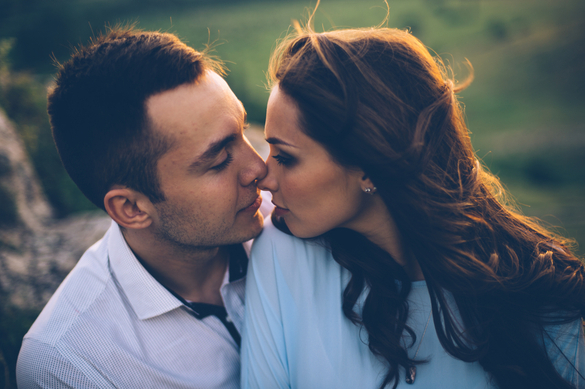 There are many problems that Cancer man and Libra woman experience. Trust is the biggest hurdle to overcome. Cancer man takes a great deal of time to make sure that trust is built before he’ll open up to his mate.

While the Cancer man is happy being at home and spending time with his mate; Libra woman likes to spend lots of time going out and socializing. This creates a rift between them.

They would need to agree to give and take evenly so that more balance is formed between them. Cancer man has to learn to trust his Libra woman to go out but always come back to him.

The Libra woman would have to learn not to go out quite as much as she normally would as it makes her Cancer man uncomfortable. There has to be equality between them to make it last.

Neither one of them is good at dealing with emotional issues. They both tend to want to shut down or clam up. Although they may be good at communication,  they are not that great at talking about feelings.

They may harbor resentment toward each other when they don’t open up which eventually will cause a breakup. There also are not many activities that they’ll see eye to eye on.

Again, this has to do with Cancer preferring small crowds of close friends where Libra woman likes to go spend time with larger crowds mingling. This difference is a big one for them to work at overcoming.

Talk about difficult prolonged break-up; this couple is the epitome of inaction. If they managed to actually get into a relationship with each other; they’ll have a hard time taking action and ending it.

Both of them will tiptoe around each other instead of speaking their truth. This is a highly emotional topic so clearly, both of them will clam up and not know what to say or when.

Eventually, it has to come out though. It will most likely not come about until they have held in enough emotions that they burst at the seams. When that fight happens; then the break finally occurs.

Since things are volatile when they end it; they will likely not talk to each other for awhile. They may be able to form a friendship once they get past it but it will be more like acquaintances than close friends.

You cannot have a close friendship with someone that you have virtually nothing in common with and it’s even more difficult when the two of you shared something that went very badly.

It will take both of them to use their inner strength to try to end things without harboring pain or anger toward one another. They can do it though! Cancer is empathetic and Libra can be sensitive. 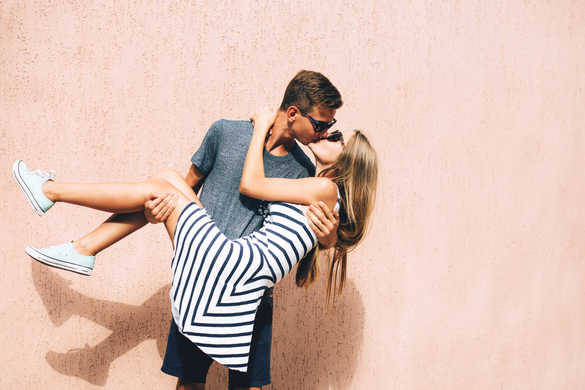 These two have the potential to be a very loving couple that provides each other with security. The Cancer man and Libra woman marriage isn’t very likely. It CAN happen but it would be a rough path ahead.

If they actually do love each other enough to take the plunge and get married; they may have enough of that love to overcome the problems they have already had or will have ahead.

Naturally if the Libra woman is actually ready for marriage; she may go ahead and do things that will make her Cancer man feel more secure about their relationship. It’s a matter of figuring out if she is indeed ready.

On a scale from 1 to 10, I’d give this couple a 2.5. There is potential between them but there are many other factors that must be addressed. Cancer has to be willing to allow his Libra woman to have a bit of freedom.

Libra woman must learn to stay at home with her loving Cancer man a bit more often. They both have to use their communication skills to learn how to talk to each other about their deepest feelings.

If they’re able to obtain the ability to be open with each other; they DO have a chance of making it. The problem is; they may not have the patience or desire to have to work so hard at getting a relationship to work.

This isn’t the best match and is inadvisable unless other factors play in that help them to find a way to meet in the middle with their love. Truthfully, you should “never say never”.

If you’re ready to understand more about how compatible are Cancer man and Libra woman, check out my brand new Cancer Man and Libra Woman Love Compatibility Guide, and if you want to catch him and keep him click here to learn more about Cancer Man Secrets.