Home » 5 Reasons Why A Cancer Man Acts Hot And Cold

5 Reasons Why A Cancer Man Acts Hot And Cold

July 25th, 2021
I’ve laid out a few definitive reasons why a Cancer man acts hot and cold, in and out, yes and no. Let’s shed some light on the subject! 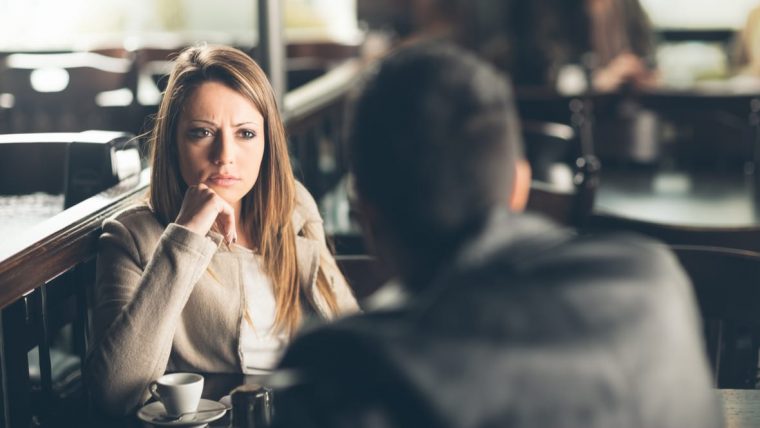 Let’s just say it ladies, your Cancer man is M-O-O-D-Y! In the words of the great Katy Perry, he’s a little hot and cold, yes and no, in and out, and up and down… likely all within a day or two! But why is he like this and what’s driving him to oscillate so quickly between moods?

Some great questions that I can answer for you with the help of Astrology, because I know that you’re not getting into a Cancer man’s head without a little help from the heavens, and maybe an Astrologer.

To get some insight into the workings of the Cancer man, I’ve laid out a few definitive reasons why they are so hard to pin down. Let’s shed some light on the subject!

5 Reasons Why A Cancer Man Acts Hot And Cold 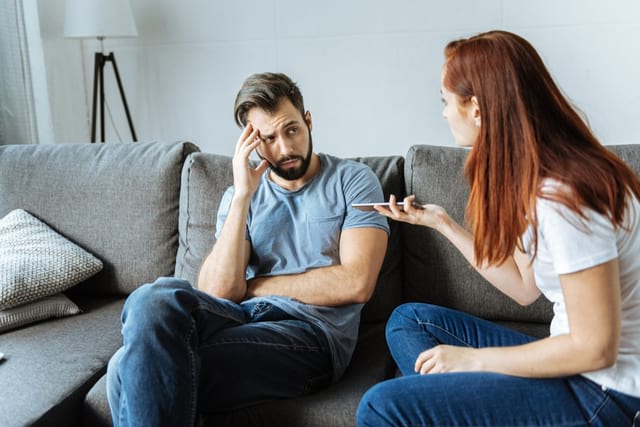 One thing to consider when you notice your Cancer man getting icy with you… are you home? No? There’s your reason!

Okay, okay, it’s not quite that simple but you get what I mean. He is associated with the fourth house of the Zodiac wheel. Translation? He’s a big ‘ole homebody. This is because he craves that safety and security (more on that later).

Out in the world, the Cancer doesn’t have a lot of control over what happens. At home, he can be the king of his castle. He knows what to expect at home and all the people he’d like to keep an eye on are there. What’s not to love?

Of course, as much as he’d appreciate it, you probably can’t sequester yourselves at home all the time. Keeping visits to the outside world short and sweet or at least predictable will alleviate potential Cancer moodiness quite a bit!

2. They’re Ruled By The Moon

If you’re a human on planet Earth you’ve likely noticed that comforting glow ball that lights up our night sky (or doesn’t) every night. The Moon is the planetary body that most affects all of us due to her close proximity to Earth. This goes double or triple for the Cancer, who basically can call the Moon his mama!

The Moon’s influence permeates everything he does, so let’s consider the Moon for a sec in order to see how he ticks. It’s never the same size for two nights in a row due to its phases. And considering that the Moon is only illuminated 50% of any 28-day cycle, we have something to chew on here.

The Moon’s phases affect the Cancer greatly. At a Full Moon, he may feel on top of the world or at least more expressive and open than usual. On a New Moon, he can get melancholic and reserved. And he experiences every emotion in between the Full and New Moon! Is it starting to come together now?

The Moon is not always illuminated, only being totally visible once a month. This should tell you that although he is reacting emotionally to almost everything, you’re only going to see half or less of what he’s experiencing. Make peace with his private nature because it’s not going anywhere!

3. Reacting To Something You Said Or Did 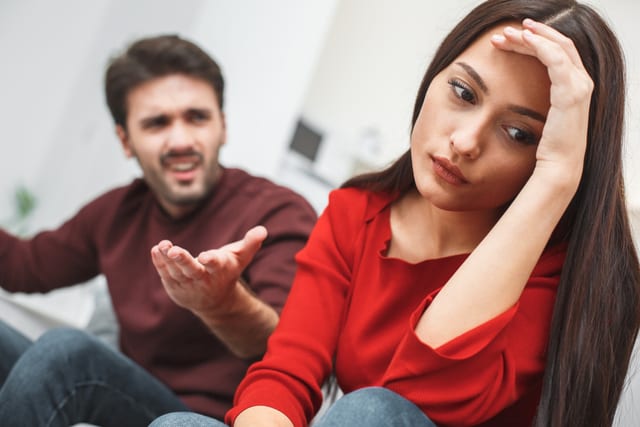 The Cancer man is all about safety and security. The Moon represents well-being, and thus the Cancer man needs to feel like he’s snug as a bug in a rug all the time. Any trace of turbulence will have him retreating into his shell in a snap, and who knows when you’ll see him next if that happens.

A Cancer will be really close and intimate with you until they get a whiff of danger. ‘Danger’ to a Cancer man means being victimized or hurt emotionally or physically. If you’re unintentionally putting out signals that he’s not safe with you (even a harsh tone can do that to a totally sensitive Cancer guy!) then you’ll see him pulling back and going cold.

It’s always a good idea to monitor how you’re coming off when you’re with a Cancer. They’re wonderful lovers and partners, but when they feel threatened by their partners, they won’t be feeling all that affectionate with you. Be gentle and understated and the Cancer man will appreciate it and reward you by showing you a little more of their world.

4. Something’s On Their Mind

Cancers are like the ocean in a lot of ways. The Moon affects it, they’re deep, we know very little about what’s at the bottom, there are sharks inside… oh wait, one of those isn’t right!

Jokes aside, a Cancer is let’s say, hard to read. So, you do have to be observant and notice when they’re acting differently. When they pull away a little or just don’t seem to have their heart in it anymore, it’s time to ask if something is weighing on them.

Cancer men fear being a burden and would rather be helpful. If they perceive that being honest about how something is affecting them will bog down the ones they love, they will clam up better than a mollusk.

You can assist by making it clear that him expressing himself is never a burden to you. When he feels safe to open up don’t take that for granted! Tell him how you notice him opening up to you and how much you appreciate that at every opportunity.

Everything Moon-related is going to speak to the Cancer man’s nature. As such, it can be useful to know that the Moon is associated with all things past and historic. It’s our roots and where we come from. Knowing that, it’s easy to understand why Cancer’s take their memories so seriously – sometimes more seriously than the now!

You and your Cancer man could be having a great day out and about. He’s happy and joyful to be around you! Then the two of you pass a shop that reminds him of something his mom said to him once and just like that, he’s checked out.

This especially frustrating because he likely won’t tell you that he’s triggered by an old memory. The past is real to a Cancer and things from their past may feel like they threaten him right now. Moment of silence for Cancers… it’s not easy being crabby!

Are you dating a Cancer man? Tell me all about how he goes hot, cold, cool, tepid, lukewarm, or all of the above below in the comments!

Not sure if the Cancer man is your prince charming? Take my quiz here to find out!

Want to find out all the private details that a Cancer will never reveal to you? Read my book, Cancer Man Secrets to shed a little light on your questions! You can find it here.