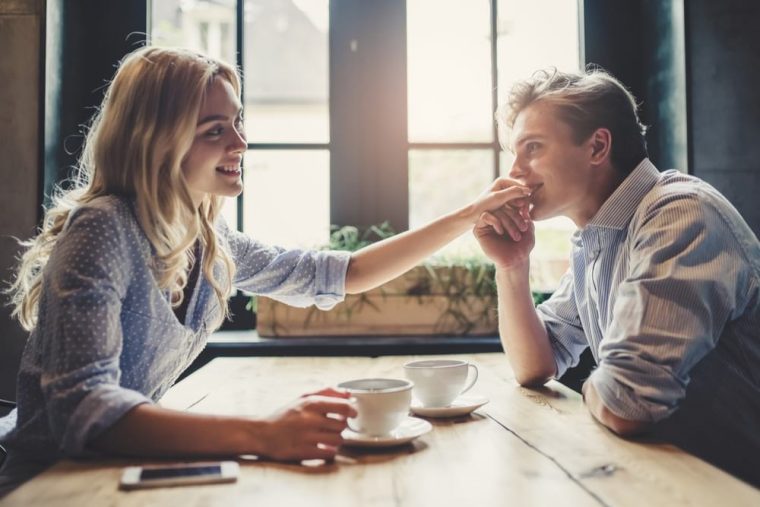 Is a Cancer man your perfect astrological match? Lucky you! He is the cuddliest and kindest of all the Zodiac signs! The thing is, he really is the hardest to track down. This is mainly because he’s mostly to be found at home or with family. So, where can you hunt for—and hopefully snag—one of these homebodies?

Relationship Astrology is one of the most rewarding branches—after all, who can resist seeing two people happily in love? If the stars have led you to the fact that a soft, tender, and loving Cancer man could be your perfect match, that’s just wonderful—but now, how do you find him?

These men, symbolized by the Crab, tend to hide away in their shells. Their shells are symbols for their home and safe spaces. Hence, because they’re so introverted, it can be almost impossible to find this man if you don’t know where to look!

However, being ruled by the Moon makes him very changeable. This means that on the rare occasion, you’ll find him dancing center-stage at a party or in the middle of it all.

So, if you are looking for your soulmate, look no further than my handy list below, gathered from my years in the field of relationship Astrology!

This may sound contradictory, since they can be such homebodies, but Cancer men actually love to travel. Perhaps it’s being ruled by the Moon that makes him so restless—and maybe it’s also because he’s looking for his perfect home.

You’ll often find Cancer men in two distinct stages of their lives. The first is the traveling stage, and the second is the settling stage.

If the former, the best place to seek and find a Cancer man is during your own travels. Strike up a conversation with the guy who seems the most empathetic and funny—and slightly loony! The Cancer man who is traveling will be the one who always talks of home and all the lovely people from home.

2. In Your Home Town

Cancer men can also be found right under your nose, in your very own home town! This is the man that’s got a stunning home and is a regular at the farmer’s market.

This “version” of the Cancerian man is the one who’s found his soul-home and has decided to set down some roots. He’s happiest when puttering in his garden, among his old and new friends, so make a point of getting to know people who know people (and don’t forget to ask, casually, when his birthday is!).

3. At a Creative Writing Workshop

Many Cancer men are brilliant artists and writers. They have terrific memories and are immensely creative (George Orwell, Hunter S. Thompson, and Ernest Hemingway were all Cancers!).

They’re constantly trying to improve, so you’ll often find these men at a creative writing workshop or retreat. The same may go for an artist’s retreat or gallery—basically anywhere that is a creative space.

In particular, literature does seem to run in their blood, so you may even consider joining a book and wine club. These men are in touch with their feminine side enough to have been to at least a few!

This will not only brush up your own skills but can also put you in contact with some of the most interesting people around! Who doesn’t like rubbing shoulders with artists and writers?

Cancer guys love, love, love food! Even better, they love cooking and eating a home-cooked meal. They’ll be regulars at the locally owned grocery store, so the next time you need a shop, why not stand in line next to the man who looks as if he’s making something yummy!

Don’t be scared to strike up a conversation and ask him what’s on the menu for the evening. Follow up with asking whether he’s lived in the area for very long, and you’ll have a chatterbox on your hands in no time at all!

Cancer guys love a good party. But because they can be introverted, it has to be on their terms, and only when they’re in the right mood for it.

This mood most often coincides with a Full Moon, when he’s feeling wild, unrestrained, and ready to get crazy! This is when you’ll find a Cancer man closing down the bar, in front of a speaker, or doing the craziest, loudest things in the place.

He can be a real barrel of fun and will often be the looniest one in the room. That’s where the word “lunatic” comes from (Luna = Moon!).

Being a water sign, Cancer men love the ocean. If there’s no sea nearby, then they’ll love the local river, pool, or reservoir. They’ll be the ones that are in the water nonstop, frolicking and splashing around to their heart’s content.

Some Cancer men like surfing and water sports, too—though they most often just enjoy being near the ocean.

The next time you go for a walk on the beach—maybe with your dog (they also love animals!)—strike up a conversation with the guy that looks like he’s right at home. That’s likely to be your Cancer man!

Read next: 7 Things to Talk to a Cancer Man About When You’re on a Date

Because Cancerian man can be such homebodies, especially at certain stages of their lives, it can be useful to try and find him on a dating site. This lets him fish for a perfect woman without having to leave his beloved home, couch, or animals—and takes away the problem of not being “in the mood” to have to deal with real-life interactions.

Look for the telltale signs of a Cancer man the next time you’re online—he’ll be the guy who has pictures of himself with his pets or at home.

Be extra-aware of the guy who asks about your family relationships. Family is everything to a Cancer man, and he’ll be very curious to know if that’s important to you, too.

These are my top seven places to seek and find the elusive crab—but perhaps you know of a few more? Maybe you’d like to share your experience of how you found your Cancer man.

I’d love to hear what you have to say (or ask), so go ahead and leave your comments below. They’ll stay completely anonymous!

If you want to know more about these sweet, caring, and wacky men, check out Cancer Man Secrets. There’s plenty to keep you busy!