Home » 5 Things To Know Before Dating And Falling For A Cancer Man (Good, Bad, Ugly)

5 Things To Know Before Dating And Falling For A Cancer Man (Good, Bad, Ugly)

January 20th, 2021
He goes from one end of the spectrum to the complete other! How in the world can you get to know him properly? I’m here to help you! Keep reading to learn the five things to know before dating and falling for a Cancer man. 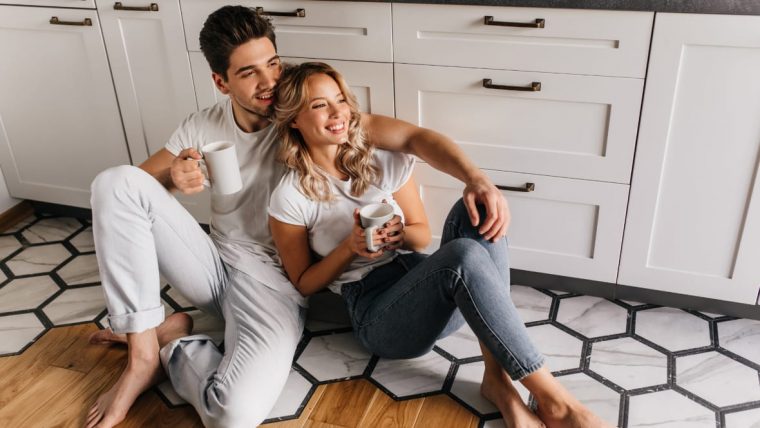 The Cancer man can be one of the more difficult guys to figure out in the Zodiac. He is loving, warm, tender, and a helpful soul. However, he can also be moody, cranky, and lash out.

He goes from one end of the spectrum to the complete other! How in the world can you get to know him properly? I’m here to help you! Keep reading to learn the five things to know before dating and falling for a Cancer man. 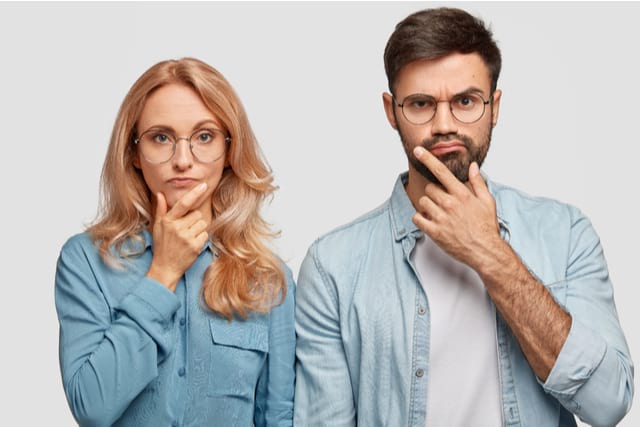 One of the most notorious characteristics for a Cancer man is the whole hot and cold phenomenon. They are very warm and delicious when they start out. They’re hopeful, optimistic, and sound very sincere.

They can tend to say “I love you” before they really know that they mean it. They dive in very quickly (and tend to also dive into bed just as quickly) with a potential partner.

Cancer men basically fall in love with the idea of falling in love. That means that they get excited when they feel infatuated and they often mistake it for love. What happens is that they wake up randomly one day and have this realization.

They’ll then start to think about what they’ve done and why. This leads them to pull back from this potential partner in order to gain clarity and figure out if there are feelings there or not.

It can make them appear cold and callous. They aren’t trying to hurt anyone, but if they’re confused, then they won’t want to confuse the other person as well. He needs to take things slower, but now he’s already jumped into the deep end…

Now what can he do? He goes quiet or gives you the silent treatment. Either he has decided it was too fast and he’s just not that into the you, or he’s terrified of getting hurt so he sucks himself back up into his little crabby shell.

Retreating and leaving the woman hanging is something that’s very common. I have plenty of women who write in because of a Cancer man who is giving them the slip or has done nothing after promising them the moon.

2. He Confuses A Fling For Family

I mentioned that he confuses himself and his feelings. He will sometimes promise marriage, house, children, etc. to someone he’s infatuated with. Then when he realizes she isn’t the one, he gets cold.

He does desperately want the family life, because Cancer men are born to be husbands and fathers. Unfortunately, it can push him to dive into something he should have taken his time with.

Sometimes he will look at a woman as the perfect partner, wife, and mother to his children. He gets excited and he doesn’t think about the whole picture of whom she is and if they actually are a good partnership together or not.

He may be very sexually attracted to her and think he can make beautiful babies with her, but then he realizes there is no real mental connection between them.

Again, this creates a lot of confusion for the woman he’s promised the world to. She doesn’t get why he said all the right things and made her feel there was a future and is now not speaking to her.

While he’s a fantastic family man, he needs to have the right partner. He often doesn’t know what that actually looks like, and dives right in without getting to know that woman on a deeper level.

If you’re a woman interested in a Cancer man then you need to be very careful and make sure that you two take it slowly because if you don’t, he may not and then things will end before they actually began. 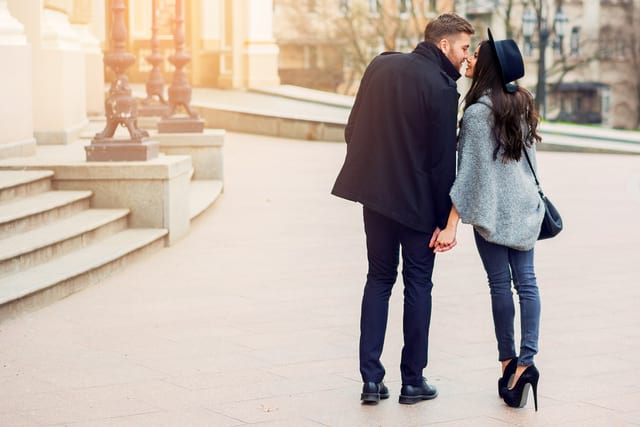 One thing you definitely need to understand is that when a Cancer man does actually fall in love with you, he now sees you as family, which will also make him very protective of you.

Even more is that he will be very intuitive. If you don’t tell him what’s going on, he’s going to know it anyway, so you might as well be up front with him. There is no sense in keeping anything from him.

He knows when something is wrong with you, and he will probably keep bugging you to tell him what is going on. He shouldn’t need to do that though. Just be straight forward with him.

And yes, he will be protective. He doesn’t want anyone messing with his family. He all in with all his family, as well as his close circle of friends. Beware that the Cancer man can be one to enact on revenge…

Watch yourself, because if you lie to him and he intuitively knows it, he is very capable of doing something back to hurt you or get back at you. Again, it’s best if you tell him the absolute truth. Be open with him.

Cancer men will pinch you with their claws if you hurt them or anyone they care for. You’re not immune from it simply because you are considered to be his woman or his family.

Attack someone in his family or close friends, and you’ll see what that gets you! He’s very serious about this and you should be too.

4. He Has A Sensitive Soul

When you’re involved with a Cancer man, you will have to watch having a sharp tongue with him. If you normally talk like that, you’ll hurt him. Just a head’s up –he gets hurt easily.

Even if you’re kidding or think it’s no big deal, he will see it as a hurtful thing and he will think it’s a huge deal. Just be mindful with how you talk to him. You can tell him the truth, but do it in a sensitive way.

I’m not saying you necessarily have to sugar coat it, but try to do it in a rational way that isn’t perceived as hurtful by your Cancer guy. If you don’t, he will become very upset and that’s when the silent treatment comes.

Upsetting your Cancer man too many times and he may look to others for comfort and companionship… or even ghost you. You don’t want either of these things to happen, so take caution when you open up with him. 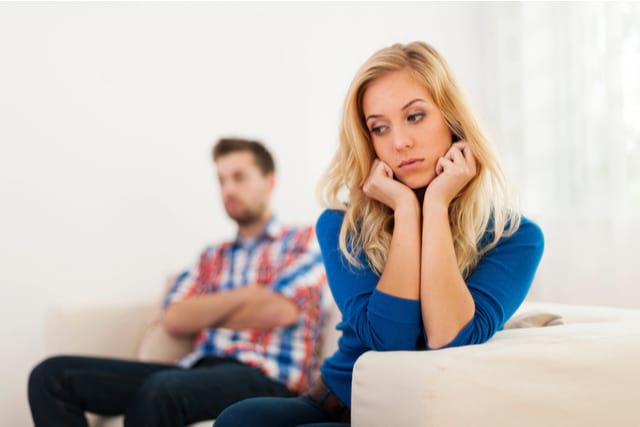 I mentioned that the Cancer man is a very sensitive being. When he deals with his problems, he can have a hard time with it, and it may make him crabby. It may make him sad as well, depending on what the problem is.

He may not want to discuss it right away, and it may have nothing to do with you. Try not to take it personally. Sometimes he has a bad day at work or got a phone call that rattled him.

Tell him you’re there for him if, or when, he wants to talk about it and get it off his chest. He’ll probably go into another room to mull it all over. He may take the rest of the night alone.

Sometimes he does actually need that space to sort himself out so that he can get back on track and be who he really is. Just try to be patient, and not force him to talk about anything before he’s ready and calmed, or you will get the wrath of his crappy attitude.

He can sometimes seem like a child throwing a tantrum. It’s best not to cross wires with him when he’s upset. Leave him be and talk to him another time after he’s calmed and ready to face it.

Read next: Can You Trust A Cancer Man? 7 Ways to Tell

Dating a Cancer man isn’t always easy. Sometimes he can be downright confusing and hurtful. His intentions are never to hurt anyone, unless they’ve wronged him. If he does it without realizing it, he will probably feel awful about it!

With a Cancer man, you have to be patient, back off when he’s in a “mood” and let him work his own thoughts or feelings out. Offer your assistance and he knows where to find you if he wants to talk to you about it.

Once he gets past the worst, he may very well turn to you to get some things off his chest or to ask you for advice. Normally he’s the one that gives others advice but sometimes he needs some himself!

Be there for your crabby guy, and be understanding of how sensitive he really is. Don’t talk down to him, don’t tell him what to do, and don’t pressure him. Be sweet, be compromising, and show him how much you care.

Did you know that sexy actor/writer John Cusack is a Cancer man? It actually makes sense if you look at some of the films he’s done. He’s an emotional writer and it shows. His acting roles fit him quite a bit.

Did you learn a lot from being with a Caner man? What experiences did you have with his personality? I really would love to hear it!

And now that you know more about your Cancer guy, find out if you two are the perfect match! Try my free compatibility quiz here.