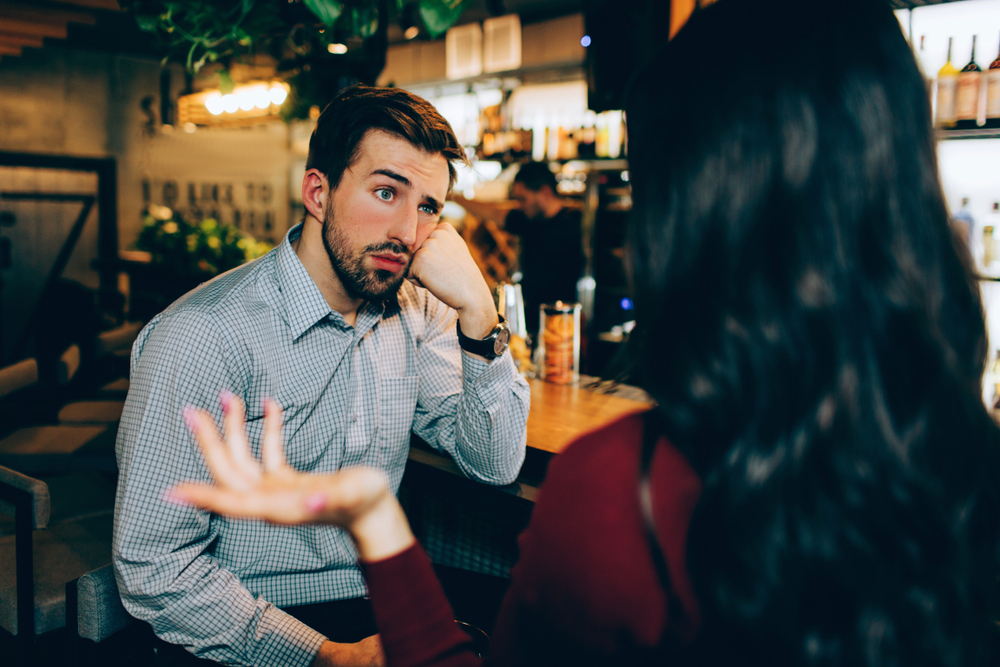 When a Cancer Man Is Not Interested React Quickly – Best Practices

When a Cancer man is not interested what can you do? Can you salvage it and get him to see you in a different light or do you just let it go? Don’t sit and wait to figure it out, get on board and do something quickly as he may move on if you do not. Now is the time and you should do what you can before it’s too late.

Cancer men are fickle so it’s really important to pay attention to the signs when a Cancer man is no longer interested in you. It’s better to know and do something now than to hold off and see if anything else happens. Don’t procrastinate! Keep on reading to find out how to tell if a Cancer man is not interested so you can take quick steps to keep him!

First, How to Tell if a Cancer Man is Not Interested:

A few very key things to look at when you’re trying to decide if Cancer man is not interested in you or is just in one of his moods, you should take a look at these clues:

Now that you have some ideas of how he acts when a Cancer man is no longer interested, you can take steps to try to regain his interest. Check out my helpful information below to possibly hang onto your romantic Cancer dude.

Play On His Desire for Adoration

What I mean by this is that Cancer man loves attention and adoration much like the Leo man does. He wants to hear how handsome he is, what great style he has, how sexy he is, and how much his attention is wanted.

As a woman, you can find things to complement him and make him feel like a million bucks. If you’re around him often, you can compliment him on the way he carries himself, his hair, his eyes, or the clothes he wears.

You can even compliment him on the way he speaks and how intelligent he is. The compliments you can give him can go on for days and that may be what it takes to get his attention if he seems uninterested in the beginning.

You’ve got to stand out to him so that he notices you and decides to give you an opportunity. Remember that Cancer man is looking for a woman that will be his partner, his future wife, and mother to his children. He wants family.

Work with that information and start showing him why you would make an excellent partner, wife, and mother to his children. Show him your level of great care and dedication.

Cancer men are looking for trust and security. Show him that he can trust you and rely on you. Be the woman that happens to be there whenever he seems visibly upset. Comfort him, console him, and give him adoration.

You need to show a Cancer man how much you care for him and his opinions. Ask him for his opinion or help with anything that you’re struggling with. He’ll be a great adviser and then of course you can complement him for what he’s done for you. If you fail to give him the attention he craves, you’ll see a Cancer man not interested.

Show Him He’s needed In Your Life

The Cancer man loves to play hero to women in distress. It makes him feel like a man to be able to give a woman what she desperately needs. You can decide what it is you want help with from him.

When you’re spending time with him, let him know how much you appreciate him and how wonderful you feel when he’s around. Touch his arm as often as you can when you talk to him. That touch has an impact on him.

If the Cancer man is looking like he isn’t interested grab his attention by talking about stuff he likes, look him in the eye, and grab his hand. It gets him to really listen to you and give you another glance.

He’ll want to know what you have to offer and why he didn’t think much before. It gives you another opportunity to dazzle him with how amazing you are, how loving you are, and how much you care for him.

He’ll not only give you amazing advice but he’ll be a little more open to receiving from you. Sexually speaking, Cancer men find it hard to say no to a beautiful woman offering herself up to him.

Getting his attention sexually is one of the biggest ways a woman can put herself out there. Cancer men love sex and if a beautiful woman is offering herself to him, he will have a hard time turning her down.

I’m not saying he’ll always fall into bed with any woman. However, if he’s single then he may very well fall for sexual lure. Wear sexy outfits and make sure you wear thigh high stockings under your dress or even pants.

If he catches a glimpse of your sexy legs in thigh highs, he’ll have a hard time justifying why he shouldn’t give in. You can also send him risqué photos via text message as well.

Be suggestive but don’t go overboard. You want him to find you irresistible but not trampy. There is a difference. This is why I mention thigh highs under a short skirt, long skirt with high slit, or even pants.

He wants to imagine what is under your skirt or pants. He’ll see the stockings and immediately get an erection even if it’s something you cannot visibly see. Talking to him in a dirty way will probably get him going as well.

I hate to say it but a last ditch effort to win a Cancer man’s attention is by luring him in with your sexuality. I’m not saying you should just go ahead and dive into bed with him hoping he’ll want more than sex.

What I’m saying is, if you show your sexuality to him, he may feel compelled to want to get closer to you or talk to you more. He may try to dive into bed with you but you can let him know that while he’s sexy, you want to get to know him.

This lets him know you’re actually interested in him and genuinely want to get closer to him. If he finds all this appealing then you’ll win him over and have that second chance to show him why he should want to be with you.

You’ve now got some tools to work with in order to get the Cancer man’s attention should he try to seem as though he’s not into you or doesn’t want to explore a connection. Give it a shot and see what you can get!

If you’re ready to learn what to do when a Cancer man is not interested into you, and how to make him interested click here to learn more about Cancer Man Secrets.