April 14th, 2019
Are you about to start dating with a Cancer man and aren’t sure what his downfalls are? Here is the list of a Cancer man worst habits. Keep reading... 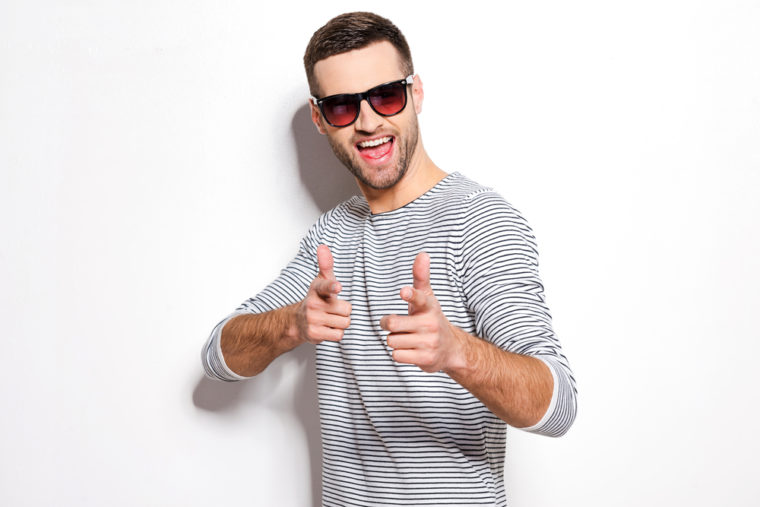 Are you about to start dating or becoming more serious with a Cancer man and aren’t sure what his downfalls are? Here are some of the most irritating habits that a Cancer man can reveal to you over time.

The Cancer man is a very emotional guy. He sometimes has a hard time processing not only his feelings; but all the empathic feelings he picks up from other people around him through the day/night.

Sometimes it’s overwhelming and it makes him moody. He’ll also respond in a very emotional way that makes you think that he’s just a whiny wimp. There are far worse words I could use but you get the idea.

He comes off as a cry baby. He may become overly stimulated thus causing him to be more angry, sad, or vindictive. He’s not a danger typically but his behavior leaves you wondering how bad he can get from here.

He is also the type of guy that will cry when watching a movie that is particularly moving or perhaps even sad. Don’t be surprised if the waterworks come when he’s watching a Hallmark commercial either. He’s touchy sometimes.

As warm and loving as a Cancer man can be; he can also be very cynical. You would think that this charming and empathic guy would be more optimistic but when not on guard; he’s a bit negative and bitchy.

Part of this is definitely what I just mentioned as far as emotionally twisted. He doesn’t control his own emotions very well. He’s fantastic with helping others but doesn’t seem to know how to help himself.

This can make him crabby and pissy when it comes to talking about everyday stuff at home. He likely won’t do this when he’s out in public, at work, or around relatives but when he’s comfy at home; his negative side does tend to show.

The glass is always half empty to them. Ironic since they always try to get those struggling to see the wonderful side of life. It’s like they know how to be strong for others in need but no idea what to do to lift themselves up.

They need a partner who can remind them daily about the light he brings to this world and how amazing life truly is.

Cancer men are always seeking attention and adoration. It’s best if he gets it from his partner, family, and friends. If he’s not getting it; he’ll do things to get it elsewhere and this could include other women.

Sad to say but the person that takes partnership with this guy is going to have to raise things up a notch and make him feel good about himself every single day. It’s a hard job but if she truly loves him; she’ll understand his need.

He can pout or be bratty if he feels he isn’t getting enough adoration at home. He’ll literally give his partner the cold treatment, mope around, or look pathetic simply to get her to notice.

He’s like a big kid that needs constant reassurance that he’s doing well, he’s worthy of love, he looks fantastic, and he’s desirable. In this way; he’s much like a Leo man.

This guy doesn’t keep his jealousy on the down low whatsoever. If he feels his relationship or love is threatened in any way; he will react. He doesn’t care about the consequence of his accusation or his reaction.

He is the type of guy that will keep an eye on your social media to make sure no other men are trying to move and also to make sure you’re not trying to flirt with people whom you shouldn’t be.

He may call you or text you several times a day to check up on you. You had better be where you said you were going to be. If he feels suspicious (much of the time); he’ll show up at that location.

There will be hell to pay if you aren’t where you said you were going. He will look at your phone if you leave it sitting around. Even if you haven’t done anything wrong and there is nothing for him to find. He wants to know everything! Just to be sure.

Cancer has the type of personality that can actually land them into being addicted or obsessed. This can be anything from a person, alcohol, drugs, sex, money, gambling, or a myriad of other things.

This may lead to talking via video cam and fulfilling this fantasy he cannot get out of his mind; likewise with the other addictions. He won’t be able to easily control his desires or urges.

If you notice him having any sort of addictive behavior, you may want to intervene and try to get him to see that he needs some help. Otherwise; you may want to consider moving on to someone with less problems.

• Cannot Admit When They are Wrong

The Cancer man has a tremendous amount of pride. If you find yourself in an argument with him in which he is actually in the wrong; he won’t admit it. He also will never be the first to apologize.

If he is indeed the culprit of a problem; you’ll have to wait until things cool off and then approach him to discuss it like adults otherwise; you’ll meet with resistance and he’ll try to turn it around on you.

Confronting him while he is lying or giving you the wrong information will not be a successful venture. You may want to get to know a great deal more about the Cancer man before you tangle with one. Click here now to learn all you can!

If you’re ready to understand Cancer man worst habits, and if you want to know his full psychological profile click here to learn more about Cancer Man Secrets.