August 28th, 2022
Hello my darlings, I hope all is good and you are, in fact, ready to dive in with me to hear all about the Cancer man’s predictions for September 2022! 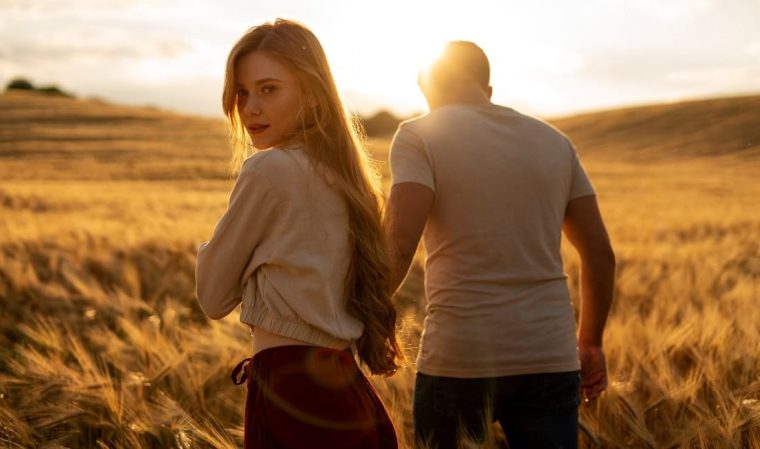 Hello my darlings, how are you? I hope all is good and you are, in fact, ready to dive in with me to hear all about the Cancer man’s predictions for this beautiful harvest month!

During the first week of September, the Cancer man’s moods will fluctuate from happy-go-lucky to reminiscent. He might be nostalgic during the second half of the first week, and he might be prone to shutting himself in, and everyone else out. If that happens, be brave and make him go out with you, and do something fun in nature.

The second week doesn’t just bring a New Moon in Pisces, but a better mood for the Cancer man as well. This is a perfect time to travel, cuddle, cook together, and talk about all things supernatural. Spend time gazing into each other’s eyes, holding hands, and enjoying nature together.

The third week brings forth some good social times, but also some very cryptic and disturbing dreams. The Cancer man might feel wounded during this time thanks to the Moon’s conjunction with Mars in his twelfth house. It’s a good time to reassure him that everything will be alright and to spend time decoding his cryptic dreams…

The fourth and final week of September puts the Cancer man in a cheerful mood. He’s positive and enthusiastic, and he is ready to surprise you again with his thoughtful gifts and romantic outlets. The New Moon will affect his family life, and it’s possible that he will make a fresh start with his kids, or even a family business that was forgotten.

Moods As Changeable As The Tides…

But, as the second half of the first-week approaches, his mind will become overburdened with heavy thoughts, and the closer the Moon gets to the Retrograde Pluto in his seventh house, the heavier a load of these energies will feel on him.

Now is a good time to partake in his daily activities and share in his good mood. And as his spirit grows heavier, you can try and cheer him up with creative gifts that relay your emotions and thoughts for him. You can also ask him out on dates that take you outdoors and near bodies of water.

Spending time feeding the swans, bird watching, and simply being near to animals can be very good for his mood during the second half of the first week. He might feel quite nostalgic at this time, and he could spend time gazing at old photos and reminiscing about the times that have passed. If that happens, take him out and do something sweet for him.

During the second week of September, the Cancer man’s mood will lighten up, especially when the Moon moves to his eighth house of sex and intimacy. He will crave his lover’s or partner’s touch and presence, so you can expect frequent calls, messages, and invitations from him.

It’s a perfect time to go camping together or to build a pillow fortress at home and just indulge in Netflix and chill nights. It’s also a great time for home-cooked meals, so make sure to eat healthily and cook something that will warm not just the body, but the soul as well.

On the 10th, there’s a Full Moon in Pisces, in his ninth house of philosophy and wisdom. It’s a perfect time to watch documentaries together, speak about higher dimensions, and make conspiracy theories about how the world will turn out in the end.

It’s also a great time for traveling, so if you have the opportunity to pack your bags and simply go somewhere – you do that. It’s a nice time to talk about the cryptic symbolism in your dreams, invent new colors, and give tastes names. Be dreamy, imaginative, and creative with your Cancer man during this second week of the harvest season, he will deeply appreciate it.

What Is This Sorcery?

The third week of the month will bring focus to the Cancer man’s dreams, intuition, and foresight. He will have a splendid time seeing his friends and exchanging energies with them during the first couple of days of the third week, but as the Moon progresses into his twelfth house, his need for solace and contemplation will increase.

Now is a perfect time for him to listen to the white noise videos, meditate in nature, and drink a lot of water and herbal teas.

It’s a great time to ask him about his dreams and the feelings he’s been having. Be his dream journal and let him bounce his interpretations and ideas off of you. Give constructive advice and follow your intuition if he asks you to decode the symbols from his dreamscapes.

Holding hands and saying that everything will be alright can play a major role in his emotions towards you right now. Give him the freedom and space to be alone if he wishes so, but also provide reassurance and safe space for him to know that you’re there for him and will be there for him once he’s ready to come out of his shell again.

The fourth and final week of September puts a big emphasis on the Cancer man’s mind, family, and love life. There’s a New Moon in Libra, in his fourth house on the 25th when his focus will be on his family and domestic life.

Something new will spring from this day forward, and that might be his relationships with his household or with his children. He might even develop an idea for a family business – you never know with the Cancer man’s imagination and inner musings.

After the New Moon, it’s time for his romantic life to shine, so make sure to be present and engaged with his ideas and plans. Go out on romantic dates and do something daring and fun together.

The end of the month is a perfect time for laughter, pleasure, and indulging each other. You can expect him to prepare a gift for you, or even a surprise on one of your dates, enjoy his good mood, and share with him this positive enthusiasm that has been raining down on him from the stars above. It’s a good way to wrap up this Retrograde month…

Read next: The Perfect Flirty Texts for Your Cancer Guy

September will shape up to be a good month for the Cancer man, although his moods will fluctuate the most, as usual. During the first and last week of September, his mood will be positive and overall good.

He’ll be in the mood for gifts, fun dates, and romance. So, make sure to use these transits to make the most out of it.

During the middle of the month, his intuition will be plagued with some gloomier topics, and his subconsciousness will need a break from other people’s energies, so he will be more withdrawn and secluded.

Are you looking to deepen the relationship potential with your Cancer guy but you’re not quite sure how to go about it? Then why not take a look at my VIP consultations. Let me help you get the love life you deserve using my knowledge in Astrology.

Wishing you so much love and happiness!