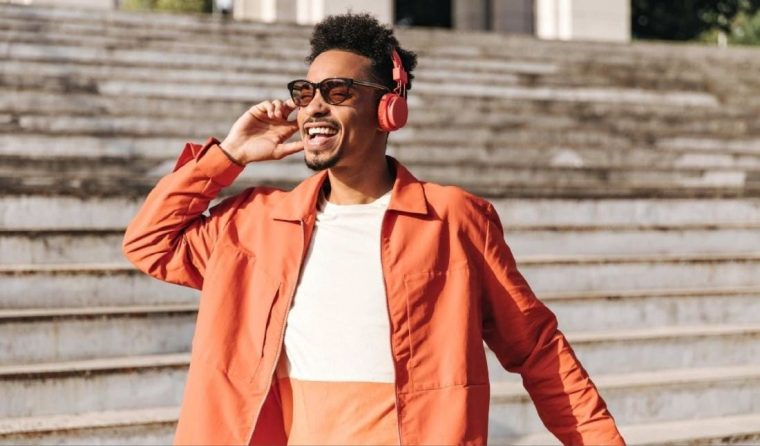 Hello, my lovelies, how are you? I hope that 2022 is treating you quite well, after all, we have a major positive aspect – Jupiter in Pisces – so it should be great.

Welcome to the prognosis for the Cancer man’s month of February. Kick back, relax, and let’s dive right in!

Right off the bat, the Cancer man experiences hard lessons from the past and flashbacks that have marked his heart with the biggest scars. But there is a silver lining – Jupiter in Pisces won’t let his spirit sink, and his mindset will be more optimistic than usual.

On the 8th of February the scenery changes, ever so slightly, and he receives help from friends. His intellect is fortified, as well as his clarity about what he wants and how he can explore his desires. It’s a good moment for odd dates and even odder topics.

The Full Moon is quite uneventful in the romance area, although it puts additional money on his table, and this means that the Cancer man is in a good mood. If you have some dating ideas, run them by him, you might be positively surprised!

The end of the month is a sort of a culmination of the previous period and former love stories. It’s not a pleasant nor a good time for the Cancer man’s love life, but at least he is able to keep a cool head on his shoulders and fall on his logic rather than his blinding emotions.

The month of romance kicks off with tight conjunction between the Moon and the Sun, thanks to the New Moon lunation. The New Moon conjuncts Saturn, exactly in Aquarius, the Cancer man’s eighth house, and this means that this is not the very best lunation for him.

The Moon is a wet and cold planet, and when it conjuncts the Sun, it receives the heat, but when it conjuncts Saturn, which is its exact opposite, it doesn’t feel that great at all. Especially when it’s in the eighth house of taboos, death, hidden agendas, possessive urges. and jealous impulses.

What’s more, the Cancer man’s seventh house is heavily impacted right now. Mercury Retrograde conjuncts Pluto, and Venus is on a malefic degree and it conjuncts Mars. This means that there’s going to be a lot happening for his love life at this point in time, but it’s not very good.

A very significant lover from his past might arise from the ashes during this time, and considering the placement in his natal chart, it very well could be that one that got away, or an ex-wife, or a mother of his children – someone who can pack a heavy punch and has a lot of heavy baggage.

There’s also a question of the partner’s property or inheritance. So, this lunation and the beginning of February might get very ugly, very fast for the Cancer man. But, on the positive note, Jupiter (and Neptune) are illuminating his ninth house, so he might be able to pull out a kick of optimism and silver lining from the entire conundrum.

He could very well observe this entire thing as a learning curve, and his mindset could be positive in that manner that he thinks of it as “I’ll get out of this richer for an experience and wiser.” Whatever the scenario might be, he’s prone to handle it well and get out of it with fewer scars than usual.

2. A Blast From The Past

On the 8th of February, we already have a change of scenery for the Cancer man. Mercury is not retrograde anymore, but it is conjunct Pluto – the ruling planet of his fifth house of romance. This means that the affair from the past is over, or it’s nearing its end.

But his seventh house can now breathe more easily. It’s still packed, true, but at least the degrees have changed. Mars has crept up closer to Venus, and there’s Vesta in the mix, too. This means that he will be more romantically inclined, but he will manage to keep a cool head on his shoulder and make the most logical decisions when his heart is in question.

This will be reinforced with the Earthy Moon, as well. The Moon is conjunct both the North Node and Uranus at this point in time, in his eleventh house. This means that he will have good support and sound advice from his friends.

His eighth house is clearing out his past and karma through the Saturn-Sun conjunction, but this also means that he will get in deeper touch with his sexual appetites and fetishes.

The Cancer man is more prone to be open and direct about what gets his southern blood pumping, and that is very important for any healthy relationship. So rejoice, I suppose!

On the 16th there’s a Full Moon in your Cancer guy’s second house of income and finances. This Moon opposes the Sun that is about to enter Pisces and it’s on its last degrees of Aquarius. As far as Full Moons go, this one is quite uneventful for the Cancer man.

Venus and Mars are conjunct on the same degree and are conjunct the Vega fixed star, that colors the entire aspect with logic, reason, and cool-headedness, something that is overly needed in the Cancer man’s case.

Due to this aspect in his seventh house, he can make calculated decisions and not get too swept up in his emotions and unrealistic scenarios he creates in his head.

Mercury has moved to the first degree of Aquarius, in his eighth house, and is conjunct Fortune and Juno, this means that his communication will be precise, clear-headed, and logical, especially when his partnerships are concerned.

The Cancer man can’t be fooled right now, and it’s best to play a fair and open game with him. His intuition is razor-sharp during this transit and he will be able to smell lies and deceit like bloodhound blood.

What’s more, his intuition will be great whereas money is concerned, so, aside from love interests and romance, he will be able to make some additional money during this time, and this means he’ll be in a good mood.

4. What Happens Must Happen

The end of the month hits hard on the Cancer man’s seventh, eighth, and positively on his ninth house. Mars and Venus are exactly conjunct the Terebellum fixed star and Pluto. This creates a lot of conflict and drama in his love life. This is a very challenging aspect that will act as a conduit for a great purge when it comes to his romance.

His eighth house is heavily illuminated, as well with the conjunction between the Moon, Mercury, and Saturn. This means that he will be disillusioned when his emotions and ex-partners are in question. It can also signify a money or inheritance loss.

The Cancer man’s ninth house acts as a drama-relief, as the Sun is conjunct Jupiter and Jupiter is conjunct Neptune, and this means that good luck will follow his mental state, travel, and overall philosophy about life.

He will receive solid advice from a friend thanks to the North Node in his eleventh house, but there’s also a strong South Node pull in his fifth house to go back to his ex-lover, or to renew contact with a former love interest that didn’t pan out well.

There’s no “good” advice for romance and dating right now, whatever is happening – has to happen, the stars will it, and it’s best to just try and keep a cool head on one’s shoulders until the transit is over.

Read next: 3 Huge Mistakes You Must Avoid When Texting A Cancer Man

There you have it my lovelies, the Cancer man’s prediction for February. Sometimes life is good and sometimes not so much, but either way, it shall pass.

As always, some of these transits are going to feel a little different than what I have explained here. While generally accurate, these predictions don’t reflect the entire depth of information found within your partner or love interest’s birth chart.

I noticed this and saw a perfect opportunity to bond more with my readers. As a result, I created the VIP Consultation service for my readers who desire one on one consultations with me. It’s a way for me to get to know you and for you to gain personalized insight into your relationship.

Enjoy your month of romance with your Cancer man, you both deserve it!

How To Flirt With A Cancer Man Over Text: Complete With Cute & Clever Examples