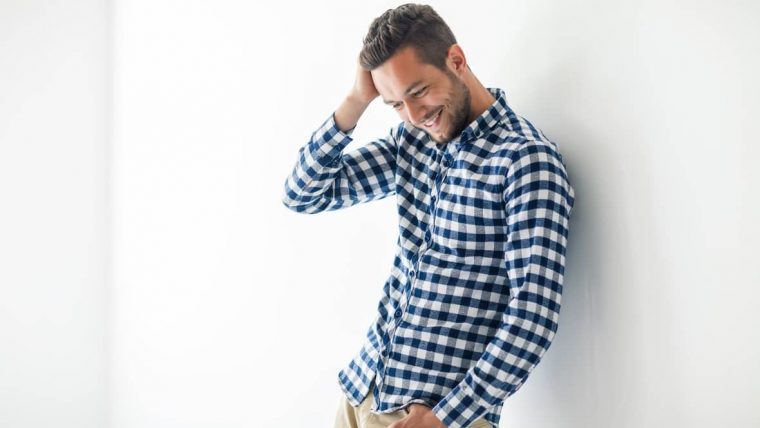 Hello, dear readers! How was March, and are you ready for April? In April we have a Black Moon – the second New Moon within a month, it’s an understatement to say that we’ll have a bumpy ride, especially for the Cancer man. So, let’s jump in and see what awaits him.

The start of the month puts him in an enthusiastic and ‘can do’ mood. Aside from his active tenth house ambition and achievement, he has the chance to experience profound emotional changes due to Jupiter and Neptune in his ninth house of purpose. His eighth house is craving touch and fantasy exploration…

The end of the first quarter puts him in a sensitive and spiritual mood. He’s seeking that deeper, otherworldly connection and without it, he feels untethered and lost. He needs to feel connected and true at this point in time, so try to open up to him and show him your heart.

The Full Moon in Libra is conjunct Vertex, so some kind of inner realization will strike him. His emotions will be revealed and his hand will be forced. Higher powers are surging through him, this is a very productive time for his spiritual and emotional growth.

The Black Moon on the 30th will have global events in upheaval, not just the Cancer man’s personal life… But, on a personal level, he will achieve emotional enlightenment and his approach to romantic relationships will change forever. It’s a good time to visit a peaceful place and have a telepathic union, rather than a conventional one.

A Cold Moon Heats Up…

The month kicks off with a New Moon conjunction between the Sun, Moon, Mercury, and Chiron all grouped together in Aries, his tenth house of public image and career. The Cancer man will feel ambitious, enthusiastic, and robust at the start of the month.

Pluto remains in his seventh house of marriage and love, but now, finally, it’s alone again; Mars, Venus, and Vesta all moved to Aquarius. What’s more, Venus moved away from both Mars and Saturn, and she’s making her brave way to Pisces where she’s going to feel great! This means that the Cancer man’s eighth house of sex and dark pleasures is activated and he is on a crusade to explore and fulfill all of his fantasies.

Jupiter is conjunct Neptune in Pisces, in his ninth house of religion, thought exploration, and ideology. This means that he is prone to experience profound epiphanies and otherworldly emotional attachments during sex.

The Cancer man’s Chakras are very open right now, and now is the right time for you to invade his mind and his heart, so opt for more intimate meets and dates, where you can be alone, and you can gaze into each other’s eyes, and you can touch freely and show each other affection through skinship.

The end of the first quarter activates his first house and sense of self, but his real self – the emotional overthinker and deep diver. The Moon opposes Pluto in his seventh house, so marital problems are possible.

Venus has waded her way through to Pisces and Jupiter and Neptune are conjoined on the exact degree. He is seeking something more, he is searching for the true soul connection, he wants the body, mind, and the soul; he can’t settle for less during this time.

Mars is conjunct Saturn and Juno in Aquarius, which makes him lean towards abstinence. But, in a rare case that he does opt to have sex during this period, the sex will be rough and domineering.

There is still some good news and chances to be experienced concerning his professional life and public image, so his focus might go into that sphere of life, as well. He might have the chance to connect his spiritual desires with his professional ones. If that’s the case – career growth might happen.

The Full Moon Is In A Mild Mood

The Full Moon finds him in a familial mood. His ruler, the Moon, conjuncts Vertex in his fourth house of family and home life. There’s also a strong opposition with the Sun in Aries – the Sun feels exalted in Aries, and the Moon feels light in Libra, so his professional life will prevail over his private life.

Mars has entered Pisces; he doesn’t feel good there, but Venus is wading her through to both Jupiter and Neptune conjunction. This means that his emotions are empowered right now, his seeking that greater connection, that spiritual justice to justify his own unfulfilled needs of the heart.

Mars will make him a tad bit more mentally unstable and prone to passive aggression. But that’s the necessary process for him to open up, face the truth residing in his heart and spill it out to the right person.

There’s a proper confession brewing inside of him, he’ll make it, he’ll do it this time. At least that’s what he tells himself, and considering the upcoming state of the sky – he probably will do it, this time. So, brace yourself, emotions will be flying everywhere!

The Black Moon Rises And It Shakes The Earth

On April 30th, the very end of the month, we have a Black Moon – the second New Moon within this month! This time, the conjunction takes place in Taurus, the Cancer man’s eleventh house of friends, group projects, and charity.

But this conjunction is special, both the Sun and the Moon are hugging Uranus, so you know things are bound to get out of control, and there’s a massive change taking place on a global level. Something old will die and something new and unexpected will emerge.

We have to take into account the Cancer man’s ninth house – Venus is conjunct Jupiter exactly, and Neptune is in the mix, too. Mercury just passed conjunction with the North Node in Taurus and is now residing in Gemini where he feels best.

This cosmic picture won’t affect just the Cancer man, but all of us. However, the Cancer man will feel it the most in his group of friends or colleagues and his faith. Something massive will shift in his inner spiritual structure, a core belief will be released and a new realization will take place.

This will influence his love life heavily as he will change his view on romantic relationships drastically. This is a good time for open and honest conversations, visiting gothic cathedrals, and spending time in a sanctified space with nice smells (like a Shinto shrine, or a Pagoda)…

Read next: How To Read A Cancer Man’s Text Messages: With 4 Decoded Examples

April will feel very empowering at the beginning to the Cancer man, he’ll have more drive, strength, and vigor to start new projects and finish old things. He’s feeling energized and happy to start something fresh, to let go of something.

For his heart is searching and yearning… But he can feel it getting closer in the last quarter of the month. Only for it to reach a culmination, days within the Black Moon on the 30th.

I know that it can feel impersonal just to read my general advice on my horoscopes. If you ever feel this way then take advantage of my VIP Consultations. I created them so that I could get more in touch with my followers, one to one. Move fast to book a spot though!

Wishing you a wonderful April full of love and light. I’m looking forward to seeing you here again next month!