July 24th, 2022
August is sure to be a fiery and passionate month! Find out what’s in store for the Cancer man this month in this monthly predictions! 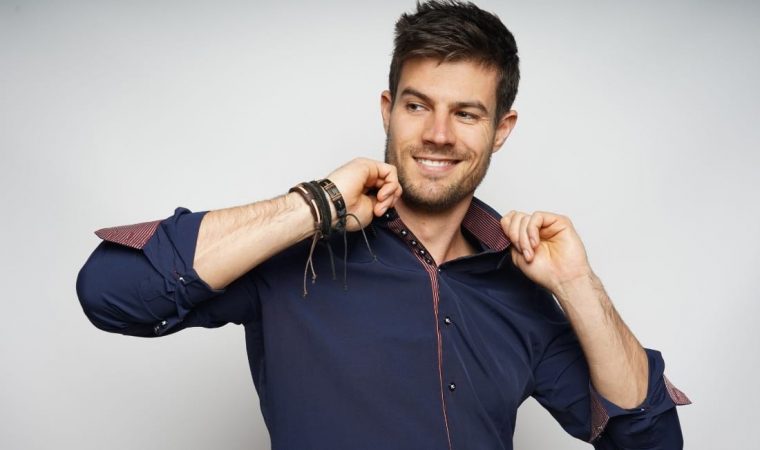 Hello, dear readers! Summer is in full swing and we are onto one scorcher of a month – that goes for temperatures and the heat that Leo season is thrusting upon us! No sign of the Zodiac is safe from this big, fiery Leo vibe… so let’s find out what the Cancer man will do with this bold and bright energy!

The first week of August brings a lot of commotion to the Cancer man’s social life, and he might have some fires to put out when it comes to his friendships and coworkers. He’s also very charming and sensually charged during this first week; it’s a great time for some steamy date nights and long talks until dawn.

The second week sees him in a tormented mood, as there’s a Full Moon conjunct Saturn in Aquarius. Your Cancer man will not be feeling himself at all. It’s a good time for some very intense and intimate sexual activities, but also for some journaling and heart-spilling convos deep into the night.

The third of August week brings a lot of changes and a change of pace for the Cancer man. He will get an opportunity to explore and go deeper into his philosophical, professional, and social areas of life. He can call you out on a public date or a social event where he’ll introduce you as that special someone.

The fourth and final week brings a frisky New Moon with it. Your Cancer guy will feel very analytical and logical at this point in time, and he might opt to communicate his feelings in a very “narrow” and reasonable way. It’s a good time to start something new and to put your affairs in neat order.

During the first week of August, the Cancer man will be feeling sparkly. Venus is still in his first house and the Moon is traversing towards his fifth house of romance and pleasure – it’s a good week for him.

He might experience some possessive and obsessive urges when it comes to his love life thanks to the Retrograde Pluto opposition with Venus, but it’s just a test from the past to see how far he has come since those days.

He is verbally expressive during this week, and he will be more open about his feelings and intuition. Money is also good, thanks to the Sun in his second house, he will attract a lot of financial increase and security.

The Cancer man will also have a lot of daily obligations and transit, thanks to Mercury in his third house. His work will see a positive increase through his trading and negotiation skills. The Cancer man is full of surprises during this week of August, so don’t say I didn’t warn you so when he surprises you with a sweet date and intimate dinner!

Thanks to a bunch of Retrogrades we’re having at this time, his travel and career plans will have to take a rain check. He is better at handling smaller deals and businesses until these Retrogrades pass. Now is the time for public image contemplation and planning, not acting.

There are possible shake-ups in his friendship field, as well as with colleagues. He should be careful with his words and reactions during this first week if he wants to continue having diplomatic and balanced relations with those around him.

During the second week of August, there’s a Full Moon conjunct Saturn Retrograde in Aquarius. This will make the Cancer man feel out of his body. He will be tormented by prophetic dreams, and his intuition will guide him one way, while the circumstances will point him in the opposite direction. He will be out of it; not feeling this vibe at all.

But his finances will see an increase, and he will be on the receiving end of some very expensive and grandiose gifts.

It’s a good idea for him to release all this pent-up and disturbing energy through sex, as this Full Moon takes place in his eighth house. It’s also a perfect moment for journaling, introspection, and past-life regressions.

The Cancer man will not be very cheery and upbeat during this second week of August, so be prepared for it. The energies are simply charged up so badly, that he will be feeling it all, and he won’t have much room left to feel himself properly.

The third week of August will offer a chance for renewal and peace for the Cancer man and his friends and colleagues. He will ponder some philosophical and spiritual themes during this week, as well as insights for his further career development and public image.

His social life will be particularly illuminated, and he will get a chance to introduce his lover or partner to his social circle, and that will create an opening for him to become more popular and better perceived by his peers.

It’s a good opportunity to visit a spiritual destination or a place of worship in order to receive some inner peace and higher guidance. These may seem like very trying times for the Cancer man, so this type of activity is a good answer to that inner (and outer) turmoil he might be experiencing.

This is a perfect opportunity to visit museums and fashion shows, or any other kind of artistic and inspiring event. Changing your perspective about the way the world evolves and functions is a good idea for this period in time.

During the final week of August, the Cancer man will be focused on himself, his affairs, and open communication. You can expect a grandiose gift or a display of emotion from him, as the Moon and Venus united command him so.

On the 27th, there’s a Virgo New Moon in his third house, so he will feel optimistic and very analytical in his approach to life, but mostly to intimacy and emotions. He will want to share his romantic and emotional insights with you, and although he might do so in a very reasonable and logical way, rest assured his heart is in it.

Later in the week, some domestic affairs will light up, and he’ll get a chance to smooth things over with his family. It’s going to be a good opportunity for him to spend more quality time with his loved ones, and to let his work stuff simmer for a change.

Read next: 5 Ways To Nurture The Passion With Cancer Man

August will be fine for the Cancer man, for the most part – apart from that Full Moon in Aquarius. His mood will be optimistic, favorable, and introspective, but with a lot of emotional expulsion and reason.

He will be more reasonable and down to earth than usual, and you might catch him deep in (logical) thoughts most of the time during this month. He will be ready to observe his emotions from a more logical and objective side, and this can lead to serious progress in his love life.

Your Cancer guy can use the hectic energy of the Full Moon to let a relationship from the past go once and for all, and then he can use the waning Moon’s energy for healing and mending his nostalgic heart.

Some of these moods, benefits, and changes are going to feel different for individuals than I have explained here. While generally accurate, these predictions don’t reflect the entire depth of information found within your partner’s Birth Chart and your own.

I noticed this and saw a perfect opportunity to bond more with my readers. As a result, I created the VIP Consultation service for my readers who desire one on one consultations with me. It’s a way for me to get to know you and for you to gain personalized insight into your relationship.

Wishing you light, love, and all the luck in the Universe on your journey!