February 11th, 2021
Cancer men definitely have the capability to get jealous. Keep reading to learn what to do when your Cancer man is being jealous for no obvious reason. 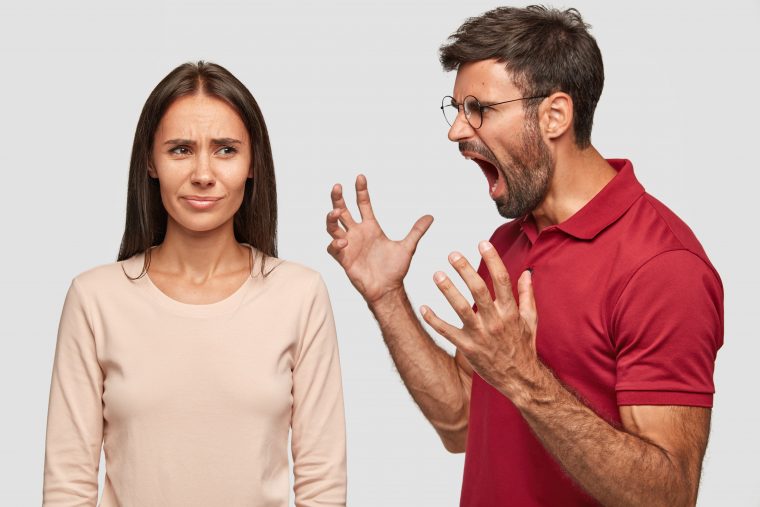 Cancer men definitely have the capability to get jealous and there are many reasons why. They are emotionally driven people with big hearts. They get hurt easily, and this causes them to be afraid to love.

The thing is, if he’s being insecure when there is no reason, then you need to know how to handle this. You may very well want to keep reading to learn what to do when your Cancer man is being jealous when he has no reason for it.

Ask Him Why He Feels Jealous

Obviously you need to understand why exactly he’s acting jealous toward you or someone else. The best (and honest) way to do this is to ask him why he’s so bothered, and if it’s because of something that you’re doing.

Don’t do it in an emotional way though. He is already easily hurt so do it in a way that appeals to logic. Something like “why does it upset you so much when I do this? Can you tell me so I can learn and figure out how not to hurt you again?”

Do you see how this will help you get an answer without pointing fingers at him or giving him a hard time? It makes him understand you actually do care about his feelings enough to ask him honestly.

He will be more likely to answer you when you ask like this as opposed to: “what is your problem? I don’t get it.” There is a HUGE difference. One way makes him emotional and he will shut down.

The other way will make him think you’re really sweet for asking and he’ll want to think about it and maybe in asking that way, it will help him to see something he never noticed before.

Perhaps it will help him to realize that he’s doing something he doesn’t even want to do. He will get hold of his own feelings and try to sort through it so that he doesn’t get so hurt or jealous. 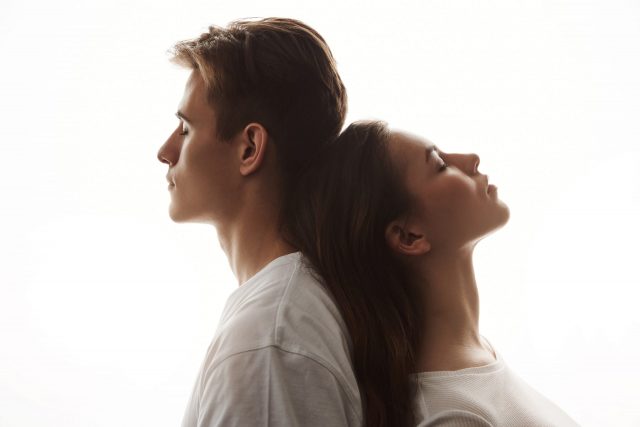 If you two are still a relatively new couple, he hasn’t built up enough trust in you to know whether or not you’ll betray him. If he’s been hurt before then it’s likely that he is very cautious.

That means that it will take him a great deal of time to trust in you and to open up fully. And when he does, then he will admit to you what is going on with him and why he doesn’t trust what you do when you’re not with him.

You can see how any of these would make it hard for him to find trust in anyone. He has a hard time believing that an honest person exists and in this case, you have to go above and beyond to prove that you are that person.

In the event that he’s accusing you of things because he does not trust, you will have to find a way to help him learn to trust you. You’ll have to SHOW him how much you care and how much you’re not going to betray him.

It’s one of those lead by example types of thing. Don’t coddle him, because he also needs to do some inner work on himself to release his insecurities or he’ll allow them to ruin all his relationships.

Understand It May Be A Projection

Sometimes Cancer men are jealous and accusatory with you when they themselves are the ones being unfaithful or betraying you in some way. They are pretty good at sneaking when they want to.

They are very loving and can be loyal but when they want what they want bad enough, they do it. Then they are fearful that you will leave so they accuse you of what they are doing.

Why do they do this? Because if they can make you feel guilty about what you may or may not be doing, it takes the light off of what they may be doing. Let’s focus on you instead of him and his actions. See what I mean?

Also he can claim later that because of what you did, he felt hurt and wounded so he turned to someone else to make him feel better, etc. It’s really crappy motivation but they are completely capable of it.

When he’s turning the tables on you, you should probably do a little investigating to see what he’s been up to. I bet you can find clues that he’s been sneaking around behind your back.

Look for red flags such as him staying at work late when he used to not, taking showers immediately upon arriving home, acts withdrawn or weird, hides his text messages or phone, etc.

Train Him To Trust 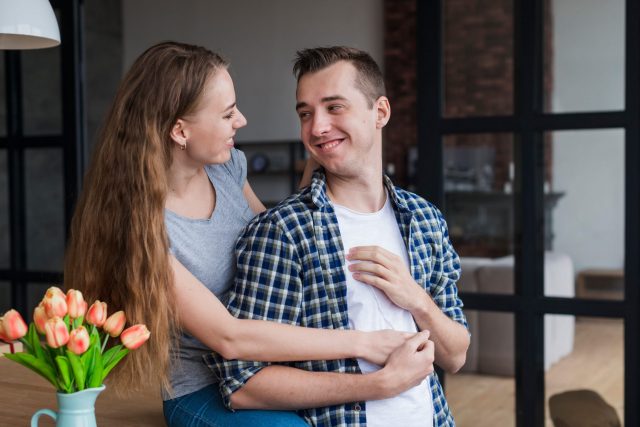 To help your Cancer man understand he can trust you requires that you show him consistency in returning home to him when you say you will and texting him during your outing to let him know you’re well.

While nobody’s perfect and sometimes things happen to interrupt these routines, finding a system that works well for the both of you and showing him these simple consistencies will help build his trust.

This will seem like kind of a hassle but once you’ve done it enough times, he’ll realize that you’re not going to step out on him or betray his trust. You will do what you say you’re going to and then you will return home.

Give him a time of when you plan to arrive home and where you are going. Yes this sounds a bit like a child telling their parent but if you want him to trust you because of your love for him, you have to prove to him you can be trusted.

It’s really up to you whether or not his love is worth the efforts you need to put in. Do you really love him and will do anything to help him work past his fears of you abandoning him or cheating on him?

If so then you’re going to do what it takes to prove to him that you’re who you say you are and that you love him more than anyone else. Always give him some reassurance when possible as well.

Telling him how much you love him will make him feel good and a little more secure each time. Never hide your phone and never give him a reason to suspect you for anything.

Cancer men can be difficult men to be with. Their thoughts and feelings are all over the place much of the time. They get overwhelmed and bogged down with many things going on in their lives.

This makes them want to retreat into their shell. When they fall in love, they fall hard. They want to have that love last a lifetime but if they feel even a slight bit of things fading, they get scared.

Scared of losing their love will make them crazy and will make them get jealous. They don’t know how to control it and to the woman they are with, you will have to be strong enough to show him the trust you deserve.

As I mentioned, it really is going to be your decision whether or not it works because you have to change things up in order to accommodate your Cancer in a way. Don’t treat him like a child or change who you are at the core.

What I mean by accommodate, I mean by training him to see that he has no reason to be afraid of what you do or say. He has to learn by time and bonding that you are someone he can always rely on.

A Cancer wants security and you can certainly give it to him but it will not happen overnight in most situations. You will have to allow him to see who you truly are over time.

When you do and he gets to know your heart, he will learn to trust you and your actions and words. This isn’t an easy love to build, but it can be done with a bit of patience and tenderness.

The Cancer man wants nothing more than to be totally in love with the “one.” Let him see that you are the one. Hang in there and be the one he turns to when he needs to talk or wants some comfort.

Hey speaking of Cancer men, I bet you had no idea that adorably delicious actor Chris Pratt is a Cancer guy. You see how irresistible he is? One can only imagine his charm and warmth.

This is how Cancer men reel you in. They’re fabulous at love and romance and it’s easy for them to sweep you off your feet but it’s hard to show them that you can be trusted. Go figure!

How did you get your Cancer man to trust you? Tell me all about your personal experience!

And find out if you and your Cancer guy are the perfect match with my free compatibility quiz. You can take it right here!