October 25th, 2021
The beginning of the month will highlight the Cancer man's health. Keep on reading and find out what else November has in store for the Cancer man! 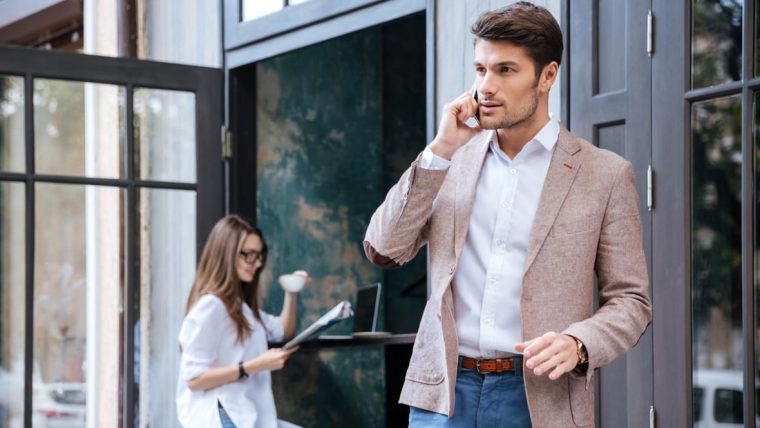 Hi lovelies, how have you been? How was your October? The November forecast for the Cancer man is here, and we should dive right in!

The New Moon transit will be filled with passionate desires and extreme behaviors from his end. The Cancer man should keep a cool head during this transit and invest in his emotions rather than anything else at this time.

The middle of the month is packed with high tensions, rash moves, and bold decisions. But, despite it all, it offers a good mood for metaphysical topics and esoteric dates. The Cancer man will want to go into depth about his emotions and chakras.

The Full Moon Eclipse tells a different story – he will be challenged to speak his truth, open his heart and be vulnerable with his partner or love interest. The time will be ripe for some romantic time spent near water or up in the mountains, too.

The end of the month will be a bit more challenging for the Cancer man, as the transits will work up his inner fears and outdated beliefs which are ripe for change. Despite all of the turmoil, there will be good moments for cozy dates and intimate romance. Keep on reading and find out what else November has in store for the Cancer man!

Something Is Eating At Me, And I Don’t Know What

The beginning of the month finds the Cancer man’s third, fifth, and sixth houses activated. This means that his communication will have beneficial and fertile effects, but his health should be highlighted, too.

The karma from his twelfth house is making aspects with Mercury in his fourth house, and topics about his family and home life that were active in October will show their aftermath through his health and body at the beginning of November, thus, he might spend a good portion of time visiting doctors and healers.

His eighth house of inheritance, taboo, and dark topics adds to the already active fourth and twelfth fields of his chart, and so his health will indeed undergo many transformations and altered states. It is all very connected with his stomach and digestion of emotions.

The Cancer man will, against all this, still be in a very romantic mood, and he will want to express his desire and affection through sexuality, but the question is, will his health allow him to?

I advise against extensive mental or physical exertion at this time, it is better to opt for romantic time indoors with a lot of warmth, coziness, and privacy. Both Mars and the Sun in Scorpio in his fifth house will prefer expressing affections away from prying eyes, so this is a great opportunity for some alone, romantic time.

Keep The Blood Flow In The Head, And You Won’t See Red

The New Moon happening on the 4th of November will not be very beneficial for the Cancer man. Sure, it highlights his fifth house of pleasure and romance, but at what cost?

His ruler, the Moon, is conjunct both the Sun and Mars, as well as the Alphecca fixed star from the Corona Borealis constellation. This star brings misfortune in love, love affairs, STDs (as if the Cancer man didn’t already have enough health problems on his plate), and problems with the lower part of the spine.

And all this is opposite Rx Uranus in his eleventh house, which means that an additional factor of earthquake properties is high and nigh. All of this also squares Saturn in his eighth house of transformations and rebirth, as well as inconjuncts Pluto in his seventh house of marriage and long-term relationships.

This New Moon will bring short-term pleasures for the Cancer man, but the consequences of these pleasures might prove to be everlasting. The best advice here is to follow your heart, of course, but with a clear head on your shoulders. Take calculated risks, don’t leave much to chance, for your ‘chances’ are grim.

Venus in his sixth house of health on the Anaretic degree conjunct Sinistra, the maleficent fixed star from Ophiuchus constellation, is not making things better for the state of his health. What’s more, it warns against excessive sexual behavior that he will be prone to during this lunation.

If he manages to “keep it in his pants” and turn this potent New Moon energy into emotional output while dealing with his boiling emotions safely and healthily, then there’s a chance to turn this lunar potential into a long-term relationship filled with happiness and deep connection.

Can You Feel The Tension?

The middle of the month highlights his seventh and tenth house, but not in a very good way. The Moon conjuncts the Deneb Kaitos fixed star from the Whale constellation, and with it comes quarrels, restraints, and headaches.

The Moon also squares Venus, which has moved to his seventh house of partnerships and marriage, and Venus rests on Facie, the most violent nebula (that contains two black holes) in the sky, all the while his eighth house remains full of restraints and karmic lessons tied to his family and the current society.

What he is most likely to experience during the middle of the month is a possible rash action in love that could cost him harmony in his relationship. The Cancer man is more likely to make mistakes concerning his love interest or partner during this time.

The saving grace is found in Scorpio, in his fifth house, where all the fun happens with Sun, Mercury, and Mars. He will be in the mood for meaningful and esoteric conversations, so a visit to occult or metaphysical shops can be a good idea for a date, and it can also provoke an avalanche of interesting topics that can bring the two of you closer together.

He will also have luck communicating with his love interest or partner, so it will be easier for him to express his true emotional state. This way, even if he does make a rash mistake, he’ll be able to salvage something from it and get redemption.

Although the middle of the month is packed with high tensions and room for mistakes, it is an interesting transit for romance and romantic opportunities, after all. You just have to keep an open mind and have faith that all things will work out for the best.

Eclipse My Heart And Open My Soul

The Full Moon happens at the very end of his eleventh house, and conjuncts the North Node in his twelfth house. The Moon itself sits on Algol – the most maleficent of all fixed stars – and with it, it absorbs the energies of Saturn and Jupiter. This Full Moon Eclipse will activate his subconscious programs and fears hard.

This Eclipse will be very beneficial for the Cancer man if he opts to face his fears and bring his spirituality to the next level. This lunation can help him to cut ties with the past once and for all, and make room for new growth to happen.

He’ll feel the need to unblock his Throat chakra, and thus, the opportunity to speak his truth and unload emotions from his chest presents itself. The good thing is that Venus draws nearer to Pluto in his seventh field of love, plus she sits on a good fixed star Nunki, that has blessing properties, so he’ll have luck in love and with the opposite sex.

His field of pleasure, fun, and sex remains active, only this time it’s entirely positive, and he has the chance to heal and regenerate through sexual endeavors. It’s going to be a great time for romantic dates near water and in intimate atmospheres such as mountain cabins.

The Cancer man should use this purifying Eclipse in Taurus to speak his truth, reveal his emotions through touch and sensuality and seal his love fate once and for all. Now is a perfect moment to be honest with himself and his love interest or partner.

Being direct and open is welcome at this point in time, although he might feel the need to be secretive and mysterious. This transit is testing him because he needs to be exactly the opposite – open, honest, and direct. Luck follows the bold.

The Sun Is Setting And Another Day Is Gone…

The end of the month activates his sixth, seventh, and twelfth houses, respectively. The Moon is in his fourth house of home, and it creates two powerful squares with Venus and Pluto that are in a much closer connection now.

All this means that he will be forced to face some health issues, such as fever and problems with the lower back. At the same time, his love life will be tested if it’s up to the test of extreme highs and lows.

If his relationship survives the obstacles cast in its path at this moment in time, then it is built to last. If he receives support from his love interest or partner during this time, he’ll be an emotionally changed man.

His twelfth house transits will force him to work through his fears and outdated programs, he’ll be asked to change and transform his point of view, life habits, and health habits. The end of November is sure to be a turbulent time for the Cancer man, but in the end, it will force him to grow and evolve.

Despite all of it, he’ll still have a high sex drive, and he’ll want to share more intimate moments with his loved one. It’s better to opt for cozy and indoor dates at this time to preserve his health.

He might feel emotionally drained and surrounded by psychic vampires, and this is why he’ll be forced to recognize and differentiate his real friends from fake ones.

Hopefully, your curiosity is satiated. November is going to be a bumpy month for many Zodiac signs, and Cancer is definitely one of them.

If you’re in doubt about your relationship with a Cancer man or are looking for more specific guidance in love, then it’s time to check out my special offer. I’m providing my lovely readers with VIP consultation where I can answer all your personal questions in love and life.

Be good and stay safe my darlings! Until next time…