September 29th, 2021
If you want to find out more about what the October horoscope brings to Cancer man, then, by all means, do keep on reading and see what you can expect! 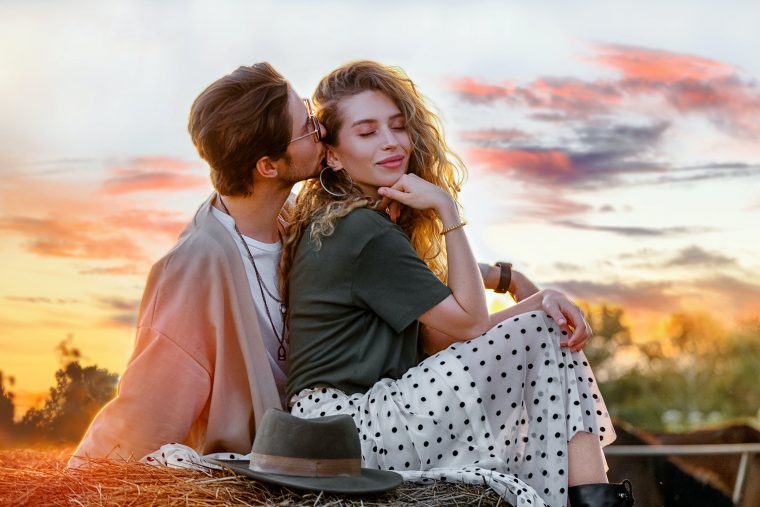 October is a month that the Cancer man isn’t quite so fond of; he is a summer child, adoring the outdoor activities with a lot of sunshine, sea, and fresh air. And this month’s horoscope doesn’t have a lot of good news for him either…

The overall October horoscope for the Cancer man is about family life, family bonds, and balancing between his own emotions and everyone else’s. He is going to experience a lot of turbulence in his family sphere, so his focus is going to be elsewhere, although he’ll want to focus on pleasure and sex too.

The Cancer man will, perhaps, have the most turbulent month out of all the Zodiac signs. He is not going to enjoy this month very much, and his moods are going to be a real rollercoaster – so get ready to not know what the hell is going on with him in general.

The Full Moon is going to be slightly better for the Cancer man than the New Moon, but he won’t receive a lot of happy moments from either one. The Cancer man has a lot of emotions to deal with during this month, and they will strike him where he’s the “weakest” – his family and home life.

If you want to find out more about this whole family drama conundrum, you’re your Cancer man will experience this month, then keep on reading so that you can be prepared to weather the storm ahead!

Off To A Good Start… But It Won’t Last

Although there are some challenging aspects that Moon makes, his position in Leo makes a positive start to the month for the Cancer man. His fourth house is illuminated by three planets, one of them being Retrograde Mercury, so the Cancer man will likely encounter some problems with his family or housemates.

This is a good chance for him to resolve any kind of conflict that may arise at this moment. He’s positive and strong in his enthusiasm, so he has the strength to deal with whatever the beginning of October brings him.

There are possible squabbles over an inheritance. The Cancer man will have to face unpleasant topics that make him feel disturbed during this time, and he’ll have to admit his weaknesses. Especially the ones rooted in his relationships with females – his mother, sister, aunt, friend, and most importantly, his love interest or partner.

Despite all these hurdles and emotional challenges, he’ll feel dreamy and romance-hungry as both Venus and Fortuna are transiting his fifth house of pleasures.

This is a good moment to talk about his feelings and to go on a romantic walk near the water. Perhaps even go on the water itself (via boat, or some other private vehicle) and get immersed in each other and your emotions, and stare deep into each other’s eyes.

This New Moon is quite a challenge for a sensitive Cancer man, as it is stuck in a Libra stellium that falls into his fourth house and it stirs up some very raw emotions and topics in his home and family life.

The Cancer man won’t be in a good mood during this New Moon, and he will be prone to unpleasant emotional (possessive, jealous, obsessive, and angry) outbursts. So, it’s perhaps better to keep your distance from him during this transit.

Caused by misbalance in his family and love life, the strife will weigh heavy on his gentle heart and could trigger his partnership fears and trauma. He will act out and say things he doesn’t necessarily mean. He needs kindness and forgiveness in this period, but more than anything else, he needs some time to reflect on his thoughts and experiences (and behavior).

He’ll want to spend time with his love interest or partner, but for his own good, it’s better to leave him be. He needs to reflect and mull things over in his head, rather than spread the negative energy and vibes at this moment in time.

Unfortunately, the Full Moon is not much better than the New Moon for the Cancer man. It’s true, his head is clearer, as his ruler is in its full bloom and on the 29th degree of Aries in his tenth house, but his emotions are still running high.

His home situation is reaching its climax as Mercury has turned direct, but now he feels as if he’s standing alone and facing the fight of everyone else. He needs his lovely lady by his side for real this time. It would feel great for him if he knows that he’s not completely alone and has some backup.

The Cancer man is ready to see his partnerships in a clearer and more objective way, but he will say what he feels and means right now, so be ready to hear it and accept it with an open heart.

He’ll be able to reach some kind of conclusion where his family drama and emotional toil are concerned. But whether or not he’ll be able not to rub it all off on his partner remains to be seen.

Venus is now transiting his sixth house, so his focus will be on more mundane things, as well as on his outdoor activities. It’ll be a great way to bring you closer together. Stargazing, kayaking, cycling, camping, washing the dishes, and going on long walks are all excellent ways to heal together and let each other in.

Read next: How To Get A Cancer Man To Settle Down And Commit To You

This was a very turbulent, emotionally heavy, and developmentally challenging month for the fragile Cancer man. Now, the time has come for him to spend some time with his siblings and experience turning points through clear communication that will set the mood for him for November.

He still has a lot of challenges lying before him. With him, the emotional struggle is never over, but that’s why he is so wise and emotionally mature. He’ll want to have some alone time with his love interest or partner, as both the Sun and Mars have moved to Scorpio and to his fifth house of pleasures. But you can expect some very serious and deep questions regarding children.

He’ll also be prone to more excessive emotional outbursts inspired by his desire to own you and all your thoughts and whole heart. So, even though, it’s the end of the month – there’s no culmination for Cancer man.

If you feel like you need some more guidance with your Cancer man, then why not take a look at my new VIP consultations. Let me help you get the love life you deserve using my knowledge in Relationship Astrology. I can answer questions and easy worries that you may have in your relationship. What are you waiting for?

Wishing you light and love on your journey.