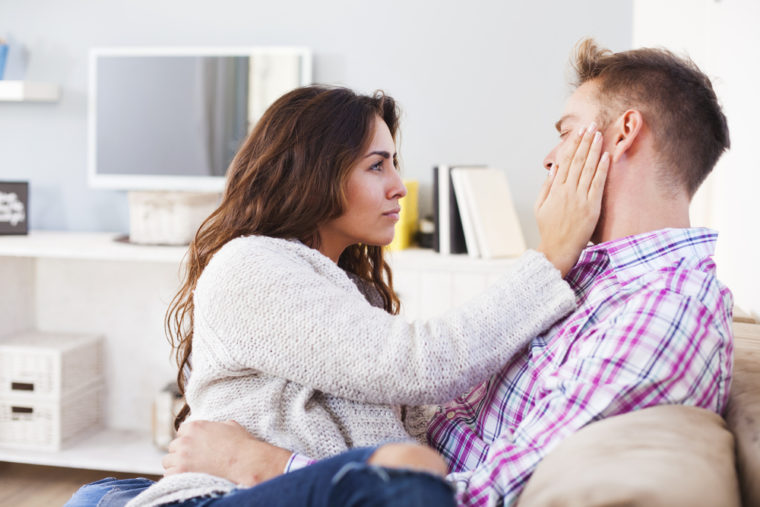 Cancer Man & Scorpio Woman – Match Made in Heaven? – Yes or No?

Is this a love beyond compare or is this a relationship that has some potential to be hot then fizzle out? It might be a good idea to figure it out before you dive on into this union. Keep reading for whether or not the Cancer man and Scorpio woman match is made in heaven.

Both the Cancer man and the Scorpio woman are water signs that keep each other cool. This also means they are both very emotionally driven. While this can scare some, these two actually feel at ease with each other.

The fluid motion between the two makes them feel comfortable and at home with one another. They have an unspoken connection that allows them to communicate without saying much of anything verbally.

I wouldn’t be surprised to hear that some of them communicate with each other via telepathy or just a “feeling”. These two become very close knit and can seem rather overwhelming to other signs.

This is a very intense union that proves to be quite passionate. These two sometimes don’t even have to be together in the same room to know something is going on with the other. They feel it.

They’re also able to pick up on other people’s feelings or intentions. They are likely to discuss with each other what it is that they feel so that they don’t get too bogged down by other people’s problems.

If Scorpio woman wants a man who will understand her on a very deep level, the Cancer man is your guy. He will “get” everything about you and will provide you with security you seek because he wants it too. 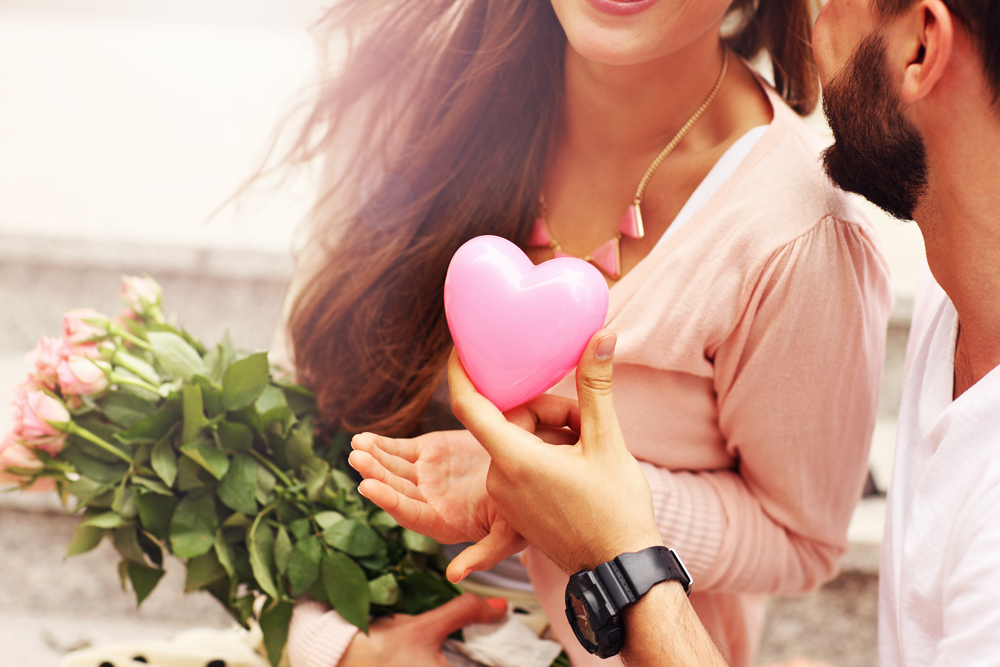 Normally it’s not healthy for a couple to dive into a relationship head on. However, when the Cancer man and Scorpio woman relationship starts to form, they do not slow down. They tend to want to just immerse their hearts quickly.

They feel so comfortable with each other that they see no reason to hold back. This could cause them some problems down the line but in the beginning they’re just so into each other they cannot help it.

They both fall in love very quickly and will feel as though all other loves fail in comparison to what they feel for each other. It’s rather like a soul mate type of connection.

Typically I’d say they shouldn’t move too quickly but in this case, they seem to feel things very deeply and very fast. Who am I to stand in their way if they already know they’re meant for each other?

As long as they both are on the same page then this is one of the exceptions to the rule and they should move at the pace that they feel most comfortable at rather than what anyone else says.

They are excited and turned on by each other’s capacity for adventure and passion. Sexually speaking, they will rock each other’s world. They will be very naughty with each other because they can.

Both signs can be rather wild in the bedroom so when they get together, they reach the heights of ecstasy without too much effort. It seems to flow quite naturally between the Cancer man and Scorpio woman sexually speaking.

Cancer man will strive to please his Scorpio princess. He’ll want to do anything for her to make her feel mind blown in the bedroom. Scorpio woman will get down and dirty for her Cancer guy as well.

They may do experimental things on a regular basis to kick things up a notch. They will also be very loyal to each other because they treasure each other so very much.

Once together, these two cannot see themselves with anyone else which is why the bond between them is strong. This is a natural mixture of souls that brings much joy in each of their lives. 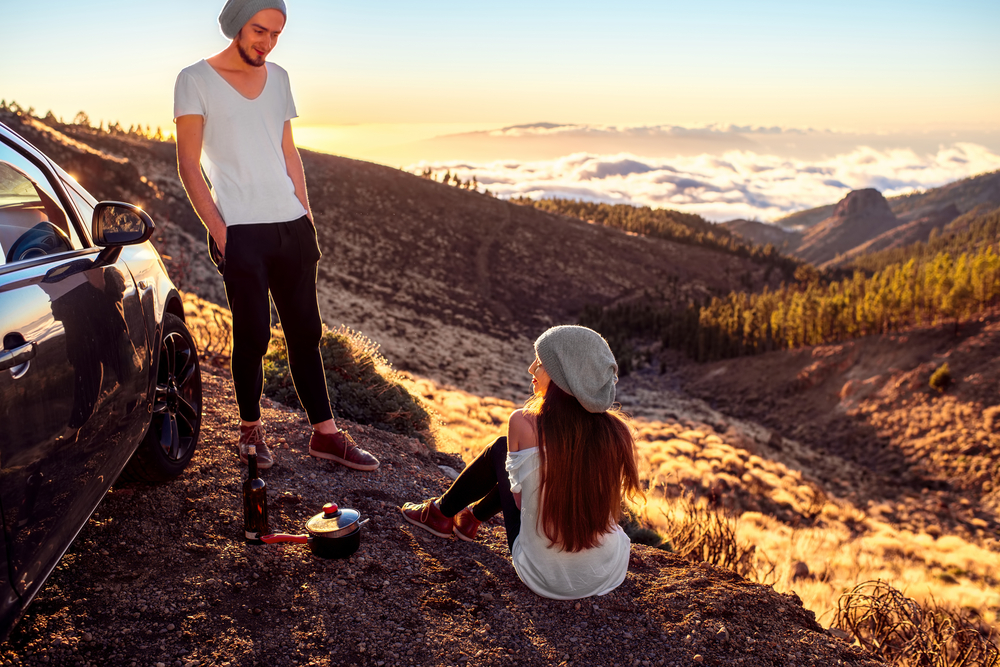 No couple is totally perfect and while these two put that to the test, they too have issues they must work through in order to make it last. One of the biggest problems that occur are mood swings.

Both feel things so deeply that they have mood swings that make most other people dizzy. You are never really sure what mood you’ll find them in and this causes issues if you’re caught off guard.

If either of these two are off guard and their feeling don’t line up, they will both retreat and give each other the silent treatment or they’ll blow up and go to extremes with the things they say.

The thing is, neither sign likes to be ignored. So if one ignores the other, this will exacerbate things substantially more than what the original issue was that cause the upset in the first place.

They must learn to be very constructive in their sharing emotions. They have to talk things through and if really upset, they need to let their partner know they’re not in a good mood and require a little solitude to work it out.

This way the partner isn’t left wondering what they did wrong or if the love is still there. They both can go to extremes when they’re upset and find their partner giving them the cold shoulder.

Neither wants to feel as though their partner isn’t there for them. As long as they open up and tell each other they love each other regularly and make sure that they share anything that is upsetting them in a calm way, they will find success.

These two are as close as it gets to a match made in heaven. They love each other deeply and are spiritually connected. Once they find their weak points and fix them, they’ll be an unmovable force.

The Cancer man and Scorpio woman marriage is likely to occur when they smooth everything out. This is an amazing match!

If you’re ready to understand how compatible are Cancer man and Scorpio woman, and if you want to catch him and keep him click here to learn more about Cancer Man Secrets.

9 Signs a Cancer Man Likes You – Know for sure!

Cancer Man And Aries Woman Compatibility – Is This A Good Match?

Cancer Man And Capricorn Woman Compatibility – What To Expect

Cancer Man And Pisces Woman Compatibility – Is This A Good Match?

What To Do When A Cancer Man Ignores You – Why Is He Distant?

Cancer Man Best Match for Marriage – What’s the Case with Your Sign?

How to Win a Cancer Man’s Heart – Effortless Tips & Tricks

Cancer Man and Taurus Woman Break Up – How It Will Go?